How Bad Is Caffeine?

Ok, so I know your body can get addicted to caffeine. My question is: How badly does caffeine effect your workout, and if it has a negative effect, why do they sell it at the gym? you know energy drinks and such. Or is it OK in small doses??

All things in moderation.

Nothing wrong with caffeine.

Personally, i’d be more concerned about the sugar in the drink, or the sugar/cream in the coffee…

Ever see the fat buggers in the morning… “large coffee, 9 sugars, 5 creams”

If you take it all the time it burns out your adrenal glands and you become semi-dependant on it.

It’s fine to use for short periods of time to heighten your reaction and alertness of your body. Most of the time you experience a “crash” when drinking caffeine though because when it wears off generally you feel tired out.

Also using caffeine all the time reduces your body’s reaction to it. So if you drink soda all the time, it won’t help much to take it before your workout.

Don’t drink soda/coffee – thats the wimpy way to get caffeine. Take it in pill form an hour or two before working out with milk or protien drink or something healthy. If you don’t take it everyday, you won’t get dependent on it.

It really helps me both mentally and physically during workouts.

LOL why do they sell it at the gym?? Why do many sell other useless things. $$$$$

Caffeine though has its place like others said in moderation. I use a nice cup of STRONG coffee at times to get an extra kick.

I think Spike would be a good alternative. What do you think? Or perhaps try instant coffee, it has less caffeine but still can provide a nice boost.

I love my cup of (strong) coffee in the morning

So I guess I should cut back a bit.

I do drink diet energy drinks when I need the kick, but lately it takes 2 double size rockstar cans to get that energy that used to take just 1 can. But when I crash, Damn!! I can go to bed an hour after my last can if I want to, and sleep pretty soundly. I was more concerned about its affect on my kidneys and/or hydration. Seeing how caffeine is a stimulant, I end up pissing away all the water that I was taking in that day.

If you can drink two energy drinks and go to bed an hour after your last drink, then I think its safe to say that your body has become a little accustomed to the caffeine.

I just had two cups at the beginning of the Sabres game after having not had a cup of coffee for 3 or 4 days and I’m still buzzin a few hours later.

[quote]Footsolider88 wrote:
I think Spike would be a good alternative. What do you think? Or perhaps try instant coffee, it has less caffeine but still can provide a nice boost.[/quote]

Spikes a good alternative. It gets me dialed in mentally and my body a buzzin like a bee. Coffee is good in moderations (1-2 cups of Black(very strong) in the morning works for me.). Spike on those days when your pressing for time or need a extra boost in the gym. Or you can substitute it for caf. coffee and drink decaf coffee/tea (black & green).

p.s. You can always do tea one day, coffee the next, Spike the next…and so on.

[quote]simplenothing wrote:
Don’t drink soda/coffee – thats the wimpy way to get caffeine. Take it in pill form an hour or two before working out with milk or protien drink or something healthy. If you don’t take it everyday, you won’t get dependent on it.

It really helps me both mentally and physically during workouts.[/quote]

I agree, 100 mg tablets are great for a pre-workout buzz, but sometimes gives me heart burn. That’s why I find taking it with milk is also a good idea.

Berardi has written several times on T-Nation about the negative side of caffeine.

Thanks Max for the link to the write up. WOW! caffeine sucks in the grand scheme. What is “Spikes” though. any extra energy would help

Given that almost the entire world uses caffeine on a regular basis, I am not going to panic because of one study from 4 years ago. Coffee drinking is common in many countries without obesity epidemics.

In fact, van Dam and Hu in their 2004 JAMA paper reviewed a number of caffeine studies on insulin sensitivity and actually conclude that coffee drinking LOWERS the risk of Type 2 Diabetes.

That won’t be the last review or study on the subject, but the point is that you can’t believe a single study, especially a medical study (they often have awful experimental design and low statistical power). You can believe your own common sense and the historical fact that coffee and tea have been consummed for thousands of years without ill effect.

If over tens of years the weight of the evidence comes down against coffee, ok. But one study presented at a conference 4 years ago isn’t going to cut it.

Actually coffee and tea are america’s main sources of antioxidants in their diet. I know people who drink coffee all day every day, and that is definitely extreme. Or red bull, full throttle, whatever. For me personally, I must have my morning coffee. 1 12 oz cup.

I take 400mgs of caffine a day

oh a big shot with his caffiene pills right here. Coffee and red bull here, ain’t nothin wrong with that!

There was an article lately that the effect of caffeine also depends on your metabolism. I thought I read it on the website from Dr.Mercola 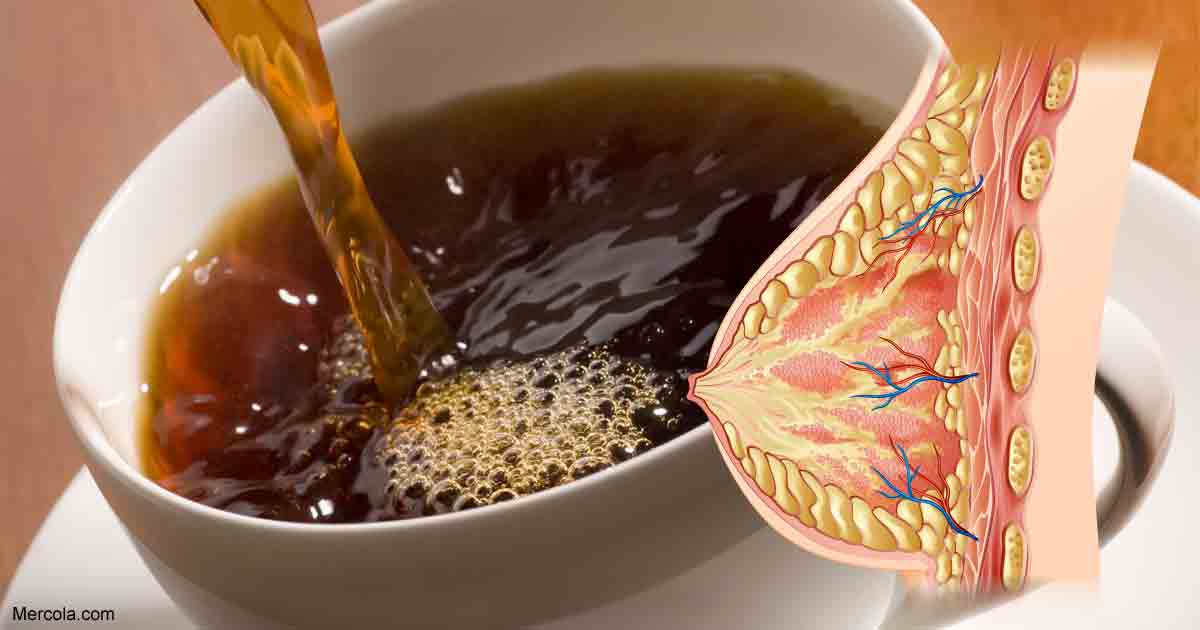 Help reduce your risk of 13 types of cancer by drinking this much coffee every...

Coffee and tea are rich in beneficial antioxidants that may boost your health, but always choose organic and drink it unsweetened without any milk or creamer.

Personally, I think it has is place like I said above. Only some people completely rely on it, if I see people at work, some of them drink tons of coffee.

The topic was discussed in extenso on the Caffeine Roundtable:

I recall posters on here talking about preworkout cocktails like Power Drive and coffee. Gets your system going doesn’t it? Give that a try some time.

And again, all in moderation. If you never have the energy to go to the gym and always need energy boosts, maybe you should check your work schedules or sleeping habits. Or maybe underlining health issues.

If you want some real good caffeine, get an espresso maker. I doubt I’ll ever prefer regular coffee again.