What breeds or mixes have been your favorite or most vigilant guard dogs?

I don’t view a dog that attacks someone as bad dog either, if it’s my property. Good dog!! 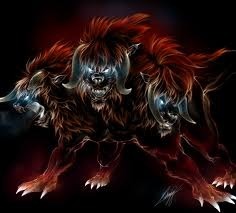 They’re kind of hard to come by. However, the prospect of mauling 3 jehovah’s witnesses at once is very intriguing.

Pitbulls are overrated, and almost every Gang Banger and Barrio Douchebag ones one
but doesn’t have a clue how to train or handle it…maybe you should talk about
training as well, because that’s really key to the ultimate Guard Dog.

My ex-fiancée had a very fierce and protective German Shepard that she raised from a pup. This was a small female, the proverbial runt of the litter. Unfortunately the dog got killed protecting our apartment from a break in.

I personally would take Doberman Pinscher over almost any dog. They have great strength, intelligence.

Dobermans are great guard dogs too,
But Shepherds have this special Loyalty Factor inbred in them like few breeds do for protection
purposes, and are not nearly as aloof as other ‘bad ass’ breeds that also can be trained but, not as
easily because IMHO Shepherds have the edge on intelligence as well, which is why they are a
favorite breed among Law Enforcement all over the Country. 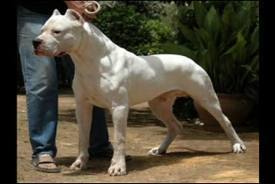 Dogo’s are hunters. I’m sure it would do the job, but hope you have a bunch of other activities for it.

Ovcharka’s are another incredible dog, bred to be a shepherd they are also knock as caucasian shepherds. Problem is, they are so nasty they might kill an intruder, probably the most dangerous dog due to guardian instincts and their size and strategy… Most dogs will bite down and hold (like the dogo) or bite an arm and shake like a bulldog. Ovcharka’s will knock down and maul on the ground, so they have a high probability of killing things due to their size.

APBT’s, staffy’s, american bulldogs, bulldogs are a little people friendly to be guards. They can be trained but they might love and kiss intruders more than chasing them away.

If you need something above and beyond, but not an Ovcharka there’s the Fila Braziliero… It’s basically a mastiff with a hound nose, and all the goofy aspects of hounds if that’s what you love… I love how hound dogs kinda trot

The downside of the Fila is that it’s usually friendly or tolerant of only a couple people, usually just the nuclear family. They will try to kill things that invade and they are geared to do it too.

I think most folks who need a guard, usually german shepherds, dobermans, various mastiffs, rotties are good for that job and very common. A nice, brave, large dog that can also do the trick is the Rhodesian, but you should be very active and outdoorsy if you want the rhodesian as a guard.

I saw a story on Animal Planet about a family in Argentina who have one. Their young kids were out playing and saw that they were being stalked by a mountain lion. They scream and run back toward the house, mountain lion chasing. The father looks to see what the commotion is and is horrified to see his kids about to be run down by a predator. Thats when the dogo bolts out and intercepts, fighting and killing the big cat. Dog was injured by survived.

Since my growing up our family has had German Shepards. One day my mother was home alone at work, that also happened to be the day that those prison inmates picking up trash off the side of the road decided clean up around our house. The German Shepard’s name was Hans. He was my grand parents at the time (we lived on the same property). Hans decided to sit on our front porch until the inmates. Which was some hours later. Can’t really remember. It was something like 3 or 4 hours until they where out of site. Our dog never did anything really special, but I would say that shows some pretty respectable loyalty.

BTW, just because someone is on your property does not mean your dog can attack without any legal repercussions. Guard and/or protection dogs are not the same as attack dogs.

Obviously there are several breeds which are known for their protective traits however, the breeding is more important than the breed.

I have a shepherd now he is very tame and friendly. Never had to protect myself or my family also,my temper that goes over the top would have a would be attacker more scared then that of the dog guaranteed. My old dog I would be scared shitless of boxer/pitbull if he didn’t know you or you didnt come to the property with myself he would let you know your not welcomed lol.

Shepherds are really easy to train and they look crazy the shepherd/husky I have is a good 140 pounds all black. He makes people scared at night but during the day everyone says hi to him hes a big suck. I would say shepherd because they are very loyal and easy to train. Boxers and pitbulls are fun to do exercise with because they are insanely athletic but some of them aren’t the brightest.

[quote]zecarlo wrote:
BTW, just because someone is on your property does not mean your dog can attack without any legal repercussions. Guard and/or protection dogs are not the same as attack dogs.

Obviously there are several breeds which are known for their protective traits however, the breeding is more important than the breed. [/quote]
I agree slightly, I aim for mix breeds now and get them young so you can train it to how you want it to act. It is very simple to train a smart dog it just takes repetition and rewards when there young once there out of their rebellious phase they will listen very well.Which is around 2 to 3, every dog I find unless there female is kind of hyper and hard headed. Besides the crated ones there pretty stick to their owner type of dogs.

I’m going to be the kill joy and come out and say the vast majority of owners should NOT have a “guard dog”.

That said, have a lawyer on retainer if you aren’t an experienced and quality master.

Everybody wants a badass dog, so very few know how to lead them.

Yeah I agree it should be treated as a family member and not a fierce attack dog. Yet you hope the lazy arse will protect you if need be lol

I have a vicious 7LB mini pin/Chihuahua she’s pretty much useless but she’ll wake you up in the middle of the night if something is up.

[quote]countingbeans wrote:
I’m going to be the kill joy and come out and say the vast majority of owners should NOT have a “guard dog”.

That said, have a lawyer on retainer if you aren’t an experienced and quality master.

Everybody wants a badass dog, so very few know how to lead them. [/quote]
Yep the miniature wiener dog we have barks at anybody or any sound that happens in the house.

As a multi gun owner I am more dangerous than any dog.

What up Beans almost Tax season

I have two Dobermans and a jack russel terrier. The combo is pretty fucking fierce.

The terrier is, by far, the smarter and meaner of the animals (like most terriers, I think). Also, hyper alert.

They’ve chased off a cougar that got in the barn with the horses (after a new colt), and chased off black bears routinely.