I’m curious as to the percentage of T-Men and Vixons that are for and opposed to this war with Iraq. Let’s keep it simple - Yes or no. Me first, Yes.

Ambivalent – let me clarify. I think Bush should not have bothered talking up the whole Iraq situation in the first place (he started about a year ago, I think), because I certainly don’t think it’s a pressing threat to national security (and there ARE a lot of risks involved). (HOWEVER, some very good arguments FOR the war can be made, not least of which would be the liberation and democratization of Iraq, which COULD have wonderful long-term consequences for the entire region).

WITH THAT SAID, though, now that the Administration has been talking the talk for a year, I think we HAVE to go through with it (we should try to get the UN to endorse it, but we have to do it anyway regardless), because the US would lose ALL future credibility if we were to back down from it now, and THAT’S a very dangerous thing.

Short answer: If I were Bush I wouldn’t have started this whole hullabaloo in the first place, but now that he has, we HAVE to go through with it.

Maybe I should have clarified, Yes - War is necessary in the disarming of Iraq, assuming he does not disarm voluntarily. No - The dissarmnent of Iraq needs to be handled peacefully.
Let’s not turn this into another political debate, Yes or No; it’s just that simple.

damici just about took the words out of my mouth. i dont think it was necessary but now we’ll look like a bunch of punks if we dont follow through on our threats.

i can see both sides of the argument though, for whatever thats worth. 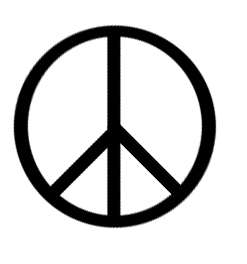 NO to this War!

[i]“Short answer: If I were Bush I wouldn’t have started this whole hullabaloo in the first place, but now that he has, we HAVE to go through with it.”

“i dont think it was necessary but now we’ll look like a bunch of punks if we dont follow through on our threats.”[/i]

Pride is no reason to proceed.

It’s not a matter of pride, it’s a matter of national security. When other countries get the impression that your threats are idle, you’re a paper tiger and you won’t put your money where your mouth is militarily, they are likely to provoke you and do bad things to you in the future. (Somewhat relevant example: Bin Laden-backed Somalis kill 18 us troops in fierce battle – Clinton then pulls US troops right out of Somalia. A few years later, Bin laden feels emboldened to attack US embassies in Africa, USS Cole in Yemen, and ultimately attacks the US on its home soil, thinking we’re afraid to fight. Many argue that 9/11 wouldn’t have happened if Clinton had shown some backbone in Somalia).

If you can’t handle all those words, just skim to the end in the longer posts – you’ll find your yes or no eventually.

The thread asked for yes or no and I gave an answer to that. I know many will disagree and they are entitled to their views, as I am mine.

Resorting to personal attacks only diminishes the effectiveness of any argument and frankly is a waste of time. Before I am accused of that myself I included quotes from others to highlight an attitude, my pride comment was aimed at the general mentality involved not specific individuals.

This is the last time I will respond to this thread.

War is the failure of diplomacy. We shouldn’t have sold Saddam the weapons, if we didn’t want him to have them. Iraq has never threatened us, and there has never been a clear tie drawn between the terrorists of 9-11 and Iraq. Yet over 60% of Americans believe Iraq is responsible for destroying the World Trade Center and killing US civilians. I guess all “those people” look alike???

Not for war, but I am in favor of disarming Iraq by whatever means necessary. But I also believe that disarming isn’t enough – Saddam must go.

Man, those are some pretty long winded “keep it simple” yes’s and no’s!

Liberate the people of Iraq!

Hasn’t Canada had the best idea so far? Instead of saying something ambiguous/subjective like “Iraq must disarm”, Cretien proposed that Iraq be given a list of specific things that should be dismantled/destroyed. Of course Bush ignored him because there’s no way that the USA could make things up about missles which can fly 800 miles or something.

Yes. Diplomacy has been tried to death. What are the point of UN resolutions if there are no repercussions for not following them? As far as ?sending a message that if a nation gets nuclear weapons, the US will not invade it? wouldn?t you approach an intruder in your house differently if you KNEW he had a gun?

Just a comment, there was an interesting piece on CNN this morning about war polls. Turns out it whether most are for or against the war depends largely on how the question is phrased and the context. The same person may answer the opposite depending on how the question is asked. Something to think about when looking at poll results…