Would You Like a Side of Dirt with That?

Fascinating article on Geophagia. I actually never knew this was so common. Geophagia is the practice of eating dirt, especially claylike soils, something animals and people have been doing for millennia. 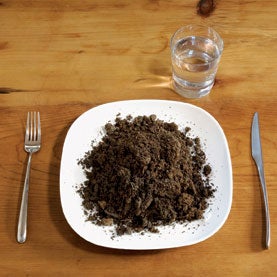 Would You Like a Side of Dirt with That?

Excerpts to peak your interest:

“A common explanation for why animals and people eat dirt is that soil contains minerals, such as calcium, sodium and iron, which support energy production and other vital biological processes.”

“In an extensive review paper … Sera L. Young of Cornell University and her colleagues conclude that eating earth rarely adds significant amounts of minerals to ones diet and, in many cases, interferes with the absorption of digested food from the gut into the bloodstream, sometimes resulting in nutrient deficiency.”

So why have humans and many animals adapted to eating clay-like soils?

[i] “A second explanation, that eating dirt is often a form of detoxification is gaining credence.”

“The idea that, in most cases, eating dirt is probably a way to get rid of toxins could explain why people and animals so often prefer claylike soils to other kinds of earth. Negatively charged clay molecules easily bind to positively charged toxins in the stomach and gut, preventing those toxins from entering the bloodstream by ferrying them through the intestines and out of the body in feces. Detoxification might also explain why some indigenous peoples prepare meals of potatoes and acorns with clay, these foods are bitter because they contain small amounts of toxins.” [/i]

edited to try and get rid of strange characters

marks daily apple did a piece on it too 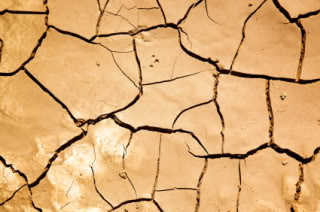 A few weeks ago I got into an unusual conversation with a guy in a coffee shop. We were both passing through town - he for personal travel and me for busin