'Without Revolution, America is History' 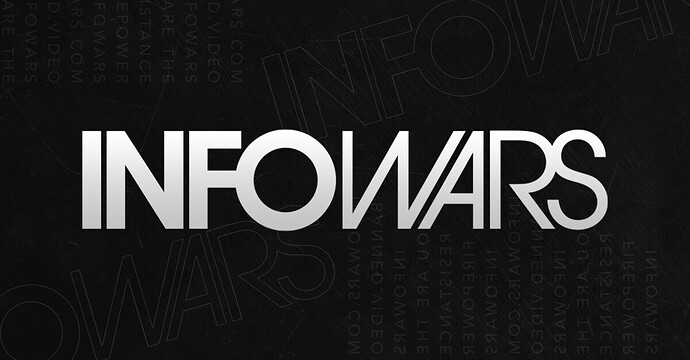 Infowars: There's a War on for Your Mind!

The #1 Independent news service in the world, battling globalism and promoting a pro-human future worldwide. Infowars is Tomorrow's News Today.

The United States is running out of time to get its budget and trade deficits under control. Despite the urgency of the situation, 2010 has been wasted in hype about a non-existent recovery. As recently as August 2 Treasury Secretary Timothy F. Geithner penned a New York Times column, â??Welcome to the Recovery.â??

Without a revolution, Americans are history.

As John Williams (shadowstats.com) has made clear on many occasions, an appearance of recovery was created by over-counting employment and undercounting inflation. Warnings by Williams, Gerald Celente, and myself have gone unheeded, but our warnings recently had echoes from Boston University professor Laurence Kotlikoff and from David Stockman, who excoriated the Republican Party for becoming big-spending Democrats.

It is encouraging to see some realization that, this time, Washington cannot spend the economy out of recession. The deficits are already too large for the dollar to survive as reserve currency, and deficit spending cannot put Americans back to work in jobs that have been moved offshore.

However, the solutions offered by those who are beginning to recognize that there is a problem are discouraging. Kotlikoff thinks the solution is savage Social Security and Medicare cuts or equally savage tax increases or hyperinflation to destroy the vast debts.

Perhaps economists lack imagination, or perhaps they donâ??t want to be cut off from Wall Street and corporate subsidies, but Social Security and Medicare are insufficient at their present levels, especially considering the erosion of private pensions by the dot com, derivative and real estate bubbles. Cuts in Social Security and Medicare, for which people have paid 15 per cent of their earnings all their lives, would result in starvation and deaths from curable diseases.

Tax increases make even less sense. It is widely acknowledged that the majority of households cannot survive on one job. Both husband and wife work and often one of the partners has two jobs in order to make ends meet. Raising taxes makes it harder to make ends meetâ??thus more foreclosures, more food stamps, more homelessness. What kind of economist or humane person thinks this is a solution?

Ah, but we will tax the rich. The rich have enough money. They will simply stop earning.

Letâ??s get real. Here is what the government is likely to do. Once Washington realize that the dollar is at risk and that they can no longer finance their wars by borrowing abroad, the government will either levy a tax on private pensions on the grounds that the pensions have accumulated tax-deferred, or the government will require pension fund managers to purchase Treasury debt with our pensions. This will buy the government a bit more time while pension accounts are loaded up with worthless paper.

The answer is from individuals fleeing the stock market into â??safeâ?? Treasury bonds and from the bankster bailout, not so much the TARP money as the Federal Reserveâ??s exchange of bank reserves for questionable financial paper such as subprime derivatives. The banks used their excess reserves to purchase Treasury debt.

These financing maneuvers are one-time tricks. Once people have fled stocks, that movement into Treasuries is over. The opposition to the bankster bailout likely precludes another. So where does the money come from the next time?

The Treasury was able to unload a lot of debt thanks to â??the Greek crisis,â?? which the New York banksters and hedge funds multiplied into â??the euro crisis.â?? The financial press served as a financing arm for the US Treasury by creating panic about European debt and the euro. Central banks and individuals who had taken refuge from the dollar in euros were panicked out of their euros, and they rushed into dollars by purchasing US Treasury debt.

This movement from euros to dollars weakened the alternative reserve currency to the dollar, halted the dollarâ??s decline, and financed the US budget deficit a while longer.

Possibly the game can be replayed with Spanish debt, Irish debt, and whatever unlucky country is eswept in by the thoughtless expansion of the European Union.

But when no countries remain that can be destabilized by Wall Street investment banksters and hedge funds, what then finances the US budget deficit?

Do goods and services expand by the same amount? Imports will increase as US jobs have been offshored and given to foreigners, thus worsening the trade deficit. When the Federal Reserve purchases the Treasuryâ??s new debt issues, the money supply will increase by more than the supply of domestically produced goods and services. Prices are likely to rise.

How high will they rise? The longer money is created in order that government can pay its bills, the more likely hyperinflation will be the result.

The economy has not recovered. By the end of this year it will be obvious that the collapsing economy means a larger than $1.4 trillion budget deficit to finance. Will it be $2 trillion? Higher?

Whatever the size, the rest of the world will see that the dollar is being printed in such quantities that it cannot serve as reserve currency. At that point wholesale dumping of dollars will result as foreign central banks try to unload a worthless currency.

The collapse of the dollar will drive up the prices of imports and offshored goods on which Americans are dependent. Wal-Mart shoppers will think they have mistakenly gone into Neiman Marcus.

Domestic prices will also explode as a growing money supply chases the supply of goods and services still made in America by Americans.

The dollar as reserve currency cannot survive the conflagration. When the dollar goes the US cannot finance its trade deficit. Therefore, imports will fall sharply, thus adding to domestic inflation and, as the US is energy import-dependent, there will be transportation disruptions that will disrupt work and grocery store deliveries.

Panic will be the order of the day.

Will farms will be raided? Will those trapped in cities resort to riots and looting?

Is this the likely future that â??ourâ?? government and â??our patrioticâ?? corporations have created for us?

Here is what can be done. The wars, which benefit no one but the military-security complex and Israelâ??s territorial expansion, can be immediately ended. This would reduce the US budget deficit by hundreds of billions of dollars per year. More hundreds of billions of dollars could be saved by cutting the rest of the military budget which, in its present size, exceeds the budgets of all the serious military powers on earth combined.

US military spending reflects the unaffordable and unattainable crazed neoconservative goal of US Empire and world hegemony. What fool in Washington thinks that China is going to finance US hegemony over China?

This change in corporate taxation would offset the cheap foreign labor that has sucked jobs out of America, and it would rebuild the ladders of upward mobility that made America an opportunity society.

If the wars are not immediately stopped and the jobs brought back to America, the US is relegated to the trash bin of history.

The neocons allied with Israel, who control both parties and much of the media, are strung out on the ecstasy of Empire.

The United States and the welfare of its 300 million people cannot be restored unless the neocons, Wall Street, the corporations, and their servile slaves in Congress and the White House can be defeated.

Without a revolution, Americans are history.

Americans will not fight back. Not the majority atleast… hey im pretty sure Canada will invite me in with open arms… I hope.

Americans will not fight back. Not the majority atleast… hey im pretty sure Canada will invite me in with open arms… I hope.[/quote]