Long time lurker, new poster. My wife Erin Stanton joins the 1000 club with a 403 squat, 171 bench, 429 dead lift going 9/9 attempts. Erin is now ranked as one of the top female raw lifters. 403 squat is the new apa world record and the oregon all time state record including equipped.

Video of squat and deadlift. No bench press footage: 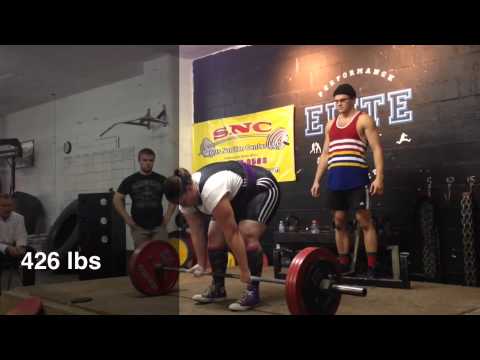 Extremely impressive! That was a legit squat too–great depth. Congrats to her.

As an aside, I loved that fact that, despite her formidable build and ‘game face,’ she ran off the platform like a giddy schoolgirl after successfully pulling the DL.

Tell her congrats!!! You are a proud husband for good reason!