So my wife has joined the dark side and started to lift. She’s enjoying it.

The only thing I cant seem to help her with is keeping her left knee over her left foot.

I noticed it a few weeks back. The out side of her left foot rises off the floor. Looking at it her left knee does not stay over her left foot. I’ve tried several “cues” but they dont seem to work.
Any ideas? 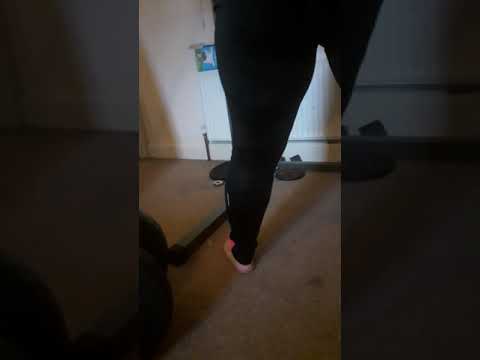 Post vids of this happening for best advice. For some people a bit of knee cave isn’t bad because they go from a varus position to neutral so like not going excessive valgus/ knee caving. For some people cuing, targeted warm up and hip + foot muscular activation and practicing will resolve the issue. For some people targeted hip strengthening work may be required but I’d try cuing, activation and technique work stuff first. Could also be related to your foot stability e.g. if ur feet tend to …

We really can’t tell much from it video. What little I could see looks more like a hip shift issue.

Move her stance in about two inches total and point her toes forward instead of angled out.

Contreras is a contributor here, so maybe the mods will let the link stand: 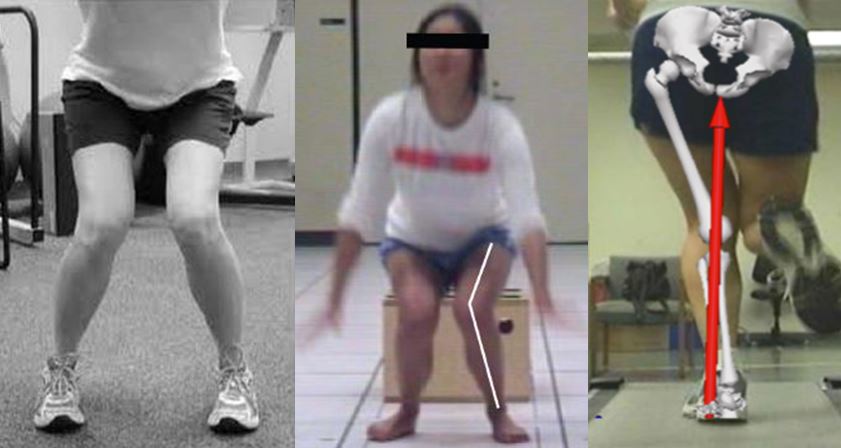 Knee valgus is a very common occurrence in the weight room. It’s also common in sports. Hell, you can even go to a public place and examine people’s walking form...

Me: Man, my neck is stuff today
Bret C: Here’s a glute movement that will fix it

@carlbm you can even use a band to help engage the correct muscles. Wrap the band around the quad just about I above the knee and have it pull her knee inward. She’ll have to fight the band to stay neutral. Do this during a reverse or static lunge.

After watching the video, it could just be her stance and lack of footwear. I have horribly flat feet. Without the proper support, my ankle caves in a bit and this causes my knee to cave in. Shoes help. I don’t think everyone is built to lift barefoot.

I actually didn’t see any knee cave in the video. Not that there wasn’t any, but I didn’t see any in what is posted which is not a full picture. Pushing off of the inside of the foot is not surprising, most women wear out the inner side of the shoe sole faster than the rest and men tend to wear them out the opposite. A really wide foot flare will flatten her out but probably be very uncomfortable for her. Narrowing up slightly and turning the toes end is going to tend to force her knees to stay over the feet.

First off: Awesome accent! (Well to you there isn’t one lol)

Secondly:
Women in general tend to have knees that bow inward just naturally. It isn’t inherently bad, but it can be depending on posture, weight, height, etc. It’s not noticeable for me when I squat, but sometimes when I’m just idly standing it’s noticeable in my right leg.

It also looks like your wife has flat feet. In which the inside of the foot is pronating quite a bit to where it’s also pulling her leg and knee in. I could be wrong, but that’s what it’s looking like. I’ve got hella flat feet as well, and I also have this issue if I find I’m not correctly in position when squatting.

Someone mentioned it above, but taking her stance width in a bit would definitely help. I would say to keep her feet out, but not too too much. Also supplementing In adductor work wouldn’t hurt either. If it’s only happening with one leg, you could also try mimicking an arch with like a band support that has an arch cushion, or (cheap version) put a band around her foot and put like a thin sock right where her arch is, or is supposed to be just to keep that ankle from pronating so much.

OR an even cheaper version, go for a flat shoe, lace it up fairly tight, and just shove a good bit of cotton puffs or a fluffy sock where the shoe starts to curve to fit her arch.