Just curious what other people think but…

You read a lot of old school strong guys like Grimek and the such who do a lot of high repetition training in lifts that “the rule” is that you’re not supposed to lift heavy and in high reps with.

For instance high rep power cleans, or high rep deadlifts. (or high rep overhead presses, some people think you shouldn’t even do those at all).

But then you look at strongmen and they train high rep lifts such as these all the time.

It’s possible to do High Volume High Intensity Training - just not for very long. You have to cycle the volume and intensity up and down over time ( a week or a month) and manage your recovery capacity.

None of the old-timers did HVHI all the time.

You can train oly lifts high rep. Just watch your form and use manageable weights. Great conditioning workout, and honestly I think there’s a lot of parroting going on and that’s why the “no high rep oly” talk is so prevalent.

The keyword imo is “POWER” clean. Challenging weight with high rep full cleans would probably leave me on the ground gasping for air after 8ish reps.

Zep, taking what I said far too literally. Plus a good set of 20 rep squats will probably leave you on the ground gasping for air as well. moot point.

Once you reach high reps in the DL or oly lifts you start to fatigue and your technique breaks down. That is where injury can occur

you dont do them because they are hard. Damn, I thought everyone already knew this.

[quote]Xen Nova wrote:
Just curious what other people think but…

You read a lot of old school strong guys like Grimek and the such who do a lot of high repetition training in lifts that “the rule” is that you’re not supposed to lift heavy and in high reps with.

For instance high rep power cleans, or high rep deadlifts. (or high rep overhead presses, some people think you shouldn’t even do those at all).

But then you look at strongmen and they train high rep lifts such as these all the time.

Why do you think the strongmen are ok with doing high rep oly-lifts? 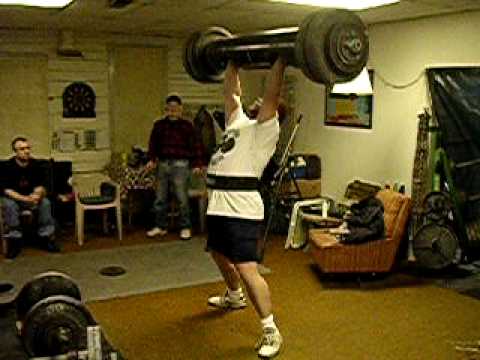 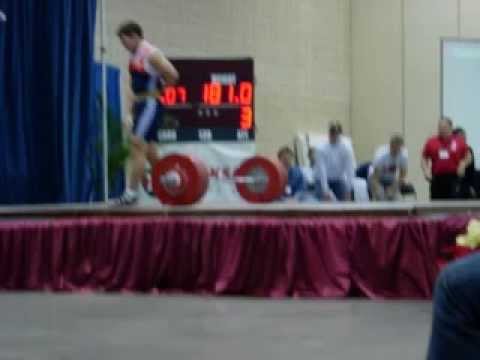 depends on which you’re shooting for. Strongmen need the endurance for super high intensity activities too. Form shouldn’t be a concern for them because they never have to do a full competition clean and press with as much weight as a competing olympic lifter. So should the average t-mag user do high rep oly lifts? Depends on your goals…

Good post. For general athletic balance, I say do them.

an improvement in your body’s ability to express power with good technique over longer bouts.

[quote]Scrotus wrote:
you dont do them because they are hard. Damn, I thought everyone already knew this.[/quote]

I don’t do them because I don’t see a point. Especially when I have other lifts I also need to do in a session, and don’t want to be shell socked from doign 3x20 cleans. then backsquat. It’s not productive for me to do.

Evan-Esh has his trainees do 30+ rep sets of trap bar deadlifts. I think the biggest reason coaches dont recommend stuff like this to people that they arent supervising is because if they tell them to do this and that person gets hurt (which is an increased possibility because of the nature of those lifts), then its the coach who recommended its fault and not the athlete who kept going after his form broke down.

The Purpose of using Deadlifts and Olympic lifts in your training is to either become stronger or to become better at Deadlifting or Olympic Lifting.

If you want to increase strength, the most important thing to do is to increase the efficiency of your Central Nervous System so that you can express a greater amount of force with the body you have.

In order to increase your CNS efficiency you need to frequently train with weights that are 85% or more of your max.

The Russian Sports scientist Prilepin discovered that if an athlete deviates from a training volume that is ideal for certain percentages of their max, the effectiveness of their training diminishes.

Prilepin’s science shows us that if one person does power clean with 85% of their max for one or two high-reps sets till failure while another person trains with 85% of their max for sets of 2-4 with no more than 10 total lifts performed in a session, the person who performed the sets of 2-4 will benefit more from the training. Prilepin’s chart details the optimal number of reps per set one should make for a given Max % and how many total lifts should be performed in that session at that % for maximal strength gains.

If you perform 20 rep sets of Cleans, Snatches, or Deadlifts you will not be doing a good job of training your body to produce a large amount of physical force and you will be defeating the purpose of the exercise.

These lifts also involve a large amount of musculature and are very demanding, so fatigue sets in faster than it does for curls or other simpler exercises. When fatigue sets in, form eventually breaks down and the training effect is reduced due to poor form.

Strongmen perform higher rep deadlifts and overhead presses because the events they compete in are high rep deadlifts (car deadlift & tire flip) and high rep overhead presses (log press & axle clean). These guys also do a lot of low-rep work and take a lot of singles. Strongman competitions are, in large part, a test of strength-endurance. If your goal is to compete in strongman, you should do event specific training.

But I doubt many strongmen actually do ultra-high rep work. They’re not doing 50 rep squats or 50 rep deadlifts or anything. They also do their higher rep work when they’re training their events but they do their lower rep, strength training work when they’ve got the barbell in their hands and on their backs.

what would be the purpose for doing this?

i’ve yet to see someone manage to do this on a semi-consistant basis *with good form and challanging weight…i use these things for power and simply to up my #'s, therefore i use low reps, and practice form over everything (and nursing a bad back from not)

Jesse Marunde did high rep snatches as part of his training…I cant speak for any other strongment, but it would make sense why they would do it as part of their training…not all events can be trained specifically.

As people already mentioned, power and strength are best trained by using very low reps. The other concern is that technique breaks down with high reps, olympic lifts are very safe, but you don’t want to be doing a snatch when you are too fatigued to control the bar properly. Also, with the deadlift, they are safe when done with proper technique and you block properly, but can be dangerous when done in an exhausted state.

From my experience, I find it disastrous to do high rep deadlifts and oly lifts when trying to gain strength. Each set should be done with 1-3 reps. 5 reps would be pushing it. You need to be as fresh as possible for each lift so that motor unit recruitment won’t change throughout the set and form won’t deteriorate.

However, if your goal is conditioning and you don’t care that much about the poundages you’re lifting, I see no problem doing high-rep oly lifts and deadlifts. Just make sure your form decent at the very least.

(If not already mentioned)

I think that when you do a lot of high reps, its harder to keep perfect form.

To add a bit more to the discussion…

I know this is quite a step down from say deadlifting or cleans, but the point presented is that it defeats the purpose of building strength.

But old school guys were strong and had ridiculously developed physiques brought about by their training methods pre-dating heavy steroid usage.

Also take matt kroc who does 40+ sets of 1 arm rows which he feels was very instrumental in building upperback strength for his deadlift.

I understand that the science is that super high reps is a negative for strength gain, but it interests me that before the science guys were doing it and getting stronger, and there are guys who still do it and get stronger inspite of it.

I can answer my own question and I have a few ideas why and why not. But I’m just trying to provide an interesting discussion

so thank you to everyone contributing.

Don’t do high rep work becaue I said so and everyone else said so and we know everything so we MUST be right.

On a more serious note, I’m sure the old time strong men did heavy work AS WELL AS the high rep work.

The idea of high rep work is a great one for conditioning and perhaps squeezing that last bit of muscle growth, but I don’t think it would be a good base for a program!

Yes, I agree. Guys get strong doing high-rep stuff. But notice that most of the people holding the WRs don’t do that much high-rep work. They throw it in occasionally to shock their body, and their main training method is lifting heavy ass weight with few reps per set.

As for 1-arm rows, it’s hard to go too heavy because the sheer weight of the DB could act as the center of gravity, throw you off balance and ruin your form. A lighter weight with higher reps is a more form-friendly alternative.