Why Hillary is Good for America 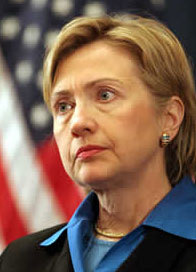 Why Hillary Clinton Will Be Good For America
Conservatives might finally wake up to the reality of the two party monopoly of power.

From Battlestar Galactica to Commander in Chief, the cultural zeitgeist is promoting the notion that the next President of the United States will be a woman.

The stage has been set for Condi vs. Hillary to be the next political football used to distract America from anything of real substance.

However, if Hillary Clinton is chosen as the next figurehead of the elite, it might actually be good for America. Myopic conservatives could finally wake up and realize that George W. Bush and Hillary Clinton are two peas in the same pod.

Big government liberals should love George Bush. Let’s take a look at his actual record and not his rhetoric.

“[W]hich recent president’s term in office was characterized by support for the so-called assault weapon ban, a huge increase in deficit spending, bigger budgets for virtually every domestic program, including Americorps and the National Endowment for the Arts, and signing into law a massive increase in federal government regulation of political speech, whose administration would you suspect they were describing? That of Democrat Bill Clinton? Nope. [We’re] talking about the first term of Republican President George W. Bush.”

Hillary Clinton supports every Bush policy with as much if not more zeal.

She supported the war and recently again stated that American troops should be kept in Iraq as more sons, daughters, mothers and fathers return in body bags hidden from the media.

The Clintons and the Bushes are openly in bed with one another. George HW Bush describes Bill as one of his best friends on earth and every month they are photographed gallivanting around kissing up to each other.

Hillary Clinton is the rat posion that will sink America.

Will mainstream conservatives discover their backbones and admit to themselves that George W. Bush and Hillary Clinton are drinking from the same Kool Aid?

Will conservatives accept the fact that ‘war is a racket’ and always uses phony patriotism as a cover for global domination?

Will they finally open their eyes to the screaming reality that both parties are controlled and directed by a higher evilarchy?

I agree that both parties are more beholden to corporate interests than is healthy. I think that in many cases their decisions and policies are based firstly on corporate interest and secondly on those of the citizens, although I don’t believe the two are mutually exclusive.

This may be a bit off topic:

Neo-Con usurpers is an unprecedented 180 degrees from the Jeffersonian principle of avoiding foreign adventures and entangling alliances. The founding fathers advocated splendid isolation and a strong rearguard at home.

Don’t you think that following these jeffersonian principles would be merely a refusal of acceptance of the world we’re living in?

Are libertarian ideals not in favour of international trade? The reality that we find ourselves in is that the US has a large trade deficit, especially in the case of energy. This means that a majority of what keeps the American economy functioning is found outside of its geologic boundaries.

Acting in national interest, the government operates and exerts its influence outside of its boundaries. Nothing about that is surprising; both political parties would do the same, although perhaps through different means.

Failure to do so would seem to result in a catastrophic economic crash for America and its citizenry. What suggestions do you have for this eventuality? Would you forecast a large change in the quality of life of the average american as a result, up or down?

Are their some resources you can point me to that discuss how a transition to a closed economy would be handled?

Hahaha, she does. Her face is a bit wider though. Is it just me or does Gretzky look more emaciated than ever? Probably my imagination.

Alright but it’s late…you’ve had a few drinks…would you hit it?

“We’re going to take things away from you on behalf of the common good.” 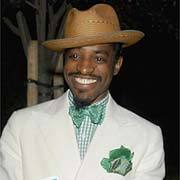 Our next president needs to be an actor or a pop star with absolutely no political experience beforehand. Therefore, it is either a toss up between Jessica Simpson or Andre 3000 from OutKast.

[quote]Professor X wrote:
Our next president needs to be an actor or a pop star with absolutely no political experience beforehand. Therefore, it is either a toss up between Jessica Simpson or Andre 3000 from OutKast.[/quote]

At least Andre 3000 has some talent. Haven’t seen him in his Daisy Duke shorts and red bikini top yet so I’ll have to wait and form my final opinion later.

Well, it would be something to tell the guys…

[quote]ScottL wrote:
“We’re going to take things away from you on behalf of the common good.”

the IRS tells me that same shit every year…

My list: Paper bag, handcuffs (fuzzy blue ones), low melting candles, and maybe a ball gag… for if she tries to talk about something other than how filthy of a slut she is.

I would do Hillary so dirty it would shame the entire nation. Monica would have nothing on me.

This is how I envision a certain preamble to testimony in a particularly tawdry session of congress afterwards:

“Ms. President… it has come to our attention that you have sullied the office to which you were elected when you allegedly were “donkey punched” in the oval office by some guy from Tallahassee…”

Hey! I just thought of something… Monica got a book deal, so I should get one too, right?