Why are Girls Given Synthetic Estrogen So Freely and at a Young Age?

Correct me if I’m wrong but birth control pills are synthetic estrogen and progesterone. I’ve heard of doctors giving birth control to even 12 year old girls for acne. I’d have to assume that this is the equivalent of giving synthetic test to males. However, doctors will sooner prescribe antidepressants and SSRI to young males for problems and even heavily damaging accutane (only while still developing) for accutane. Not only that but steroid use for any reason as a teenager and young male is HEAVILY condemned. This appears to be pure hypocrisy to me especially as some of the estrogen is expelled through urine and finds itself into water sources, leading to a lot developing males having low test and wide range of other hormonal issues.

I’d have to assume that this is the equivalent of giving synthetic test to males.

Well that is silly.

Well I would think it’s safe to assume that adding an exogenous hormone to your system during early stages of puberty would permanently alter your endocrine system… especially since it’s job is to trick your body into thinking it’s pregnant.

Well I would think it’s safe to assume

This is also silly.

Never thought about it much. I’m just glad that I didn’t have like 13 kids by the time I graduated high school.

OP, once you are past 16 you will understand the “but so-so gets to do it” argument doesn’t fly.

I’m 19 years old and was simply attempting to critique the widespread use of an exogenous hormone during critical stages of puberty. You are right, I may have gotten into comparing men to women. However, I still stand with my opinion that it seems careless at best and outright dangerous at worst to freely hand out birth control prescriptions… In fact, it strikes me as being very similar to the current opiod crisis but we won’t see the effects on these women until later in life.

There is no black and white. We (society) balances the risks and benefits of teenage pregnency with that of the drug usage.

Given parenthood at a young age is related to generational poverty cycles and the risks seem manageable then it’s a sound decision.

The equivalent in males is to postpone the onset of testosterone production- which we will probably see sooner or later.

Yes, but there’s plenty of other contraception methods. It seems more to me that there is an agenda behind it - possibly to make people more submissive as the estrogen in the female’s urine sometimes makes it into drinking water for men.

You need multiple lines of defence. We know how well some forms of contraception work in isolation or even in tandem (not well).

As for the rest, I don’t really want to delve into conspiracy theories. Once you start expanding the scope of discussion like that, you lose the original point and it can become silly.

female’s urine sometimes makes it into drinking water for men.

OP may have accidentally made a point here. If you give boys ENOUGH testosterone, they’ll become infertile too. Bam, no more teenage pregnancy. Sex hormones for both genders! Or are there 32 genders now? Not sure.

While OP put it inelegantly, estrogen from BC does end up in the watershed. Which is a problem for wildlife and humans. Unless he meant drinking girls’ urine directly… everybody has their kink. 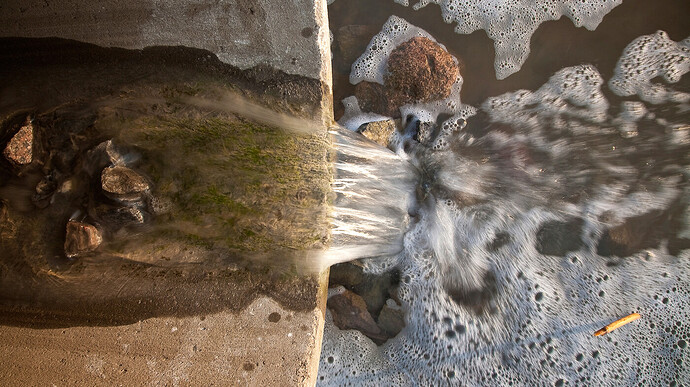 Hunting Ways To Keep Synthetic Estrogens Out Of Rivers And Seas

Hormones from medical treatments wind up in wastewater, and that can be a problem. Some scientists think a version of a household chemical, hydrogen peroxide, could be part of the solution.

Well what’s the alternative? Up-the-bum-no-babies? Good luck with that - hardly any chicks’ll go for it…

Everyone drinks water though…unless the people behind it have their own pure, untainted water gifted by poseidon, wouldn’t they be their own victims?

You got laid 13 times in high school? PLAYA!

If you give boys ENOUGH testosterone, they’ll become infertile too.

They’ll also stay 4 1/2 ft tall.
Girls tend to stop growing before boys. Sex hormones close off your growth plates. At 16 a girl is more likely to be done growing than a boy.
Giving a boy under 21 hormones of any kind, other than to treat a disorder is ill-advised.

Exogenous testosterone can serve as birth control as it stops your nuts from making both testosterone and sperm, but it takes 6-8 weeks. And you have to take enough to fully replace, not supplement your own supply. There is no like for like here.
An amazing fact people seem to forget is that boys and girls are different.

Well I would think it’s safe to assume

This is also silly.

Maybe he should have said “smart to be cautious”.

We know estrogen triggers growth plates to close. It seems to me, putting a young girl on BC before she hits puberty, or even within a year of hitting puberty, should be questioned. I’d also be concerned about other consequences that are not well known or maybe not even known at all.