That’s quite the stretch.
Standing with Axis powers would imply making rising sun or swastika armbands mandatory.
Besides, the poppy goes back to ww1 which even I as a non-american know.
But I guess

does not sound so dramatic?

An employee of the Whole Foods in Ottawa says she was told by a supervisor that wearing the poppy would be seen as “supporting a cause.”

So, Whole Foods doesn’t support the Canadian men and women who gave their lives for their country? Well, I am not Canadian, but, I worked with many in Afghanistan. Well, here is my response: Fuck Whole Foods.

I see absolutely no problem with this stance of Whole Foods. It’s a damn shame that we lost.

They probably don’t want to have to end up dealing with the crybabies who find everything offensive.

But isn’t this offensive in itself?

I don’t wear poppies anyway for my own reasons, but to straight up ban them seems unreasonable. Its like banning the national anthem.

I totally didn’t know that! Well, melody wise we should have used “Auferstanden aus Ruinen” anyway.

Which some do find offensive.

Yeah, Marxists and useful idiots, like the ones running whole foods.

You know who owns Wholefoods? He isn’t a Marxist, at all.

Communism is monopoly capitalism, and vice versa. You ever see Fidel Castro bathing with rainwater outside of a shack?

The whole thing didn’t go over too well anyway: 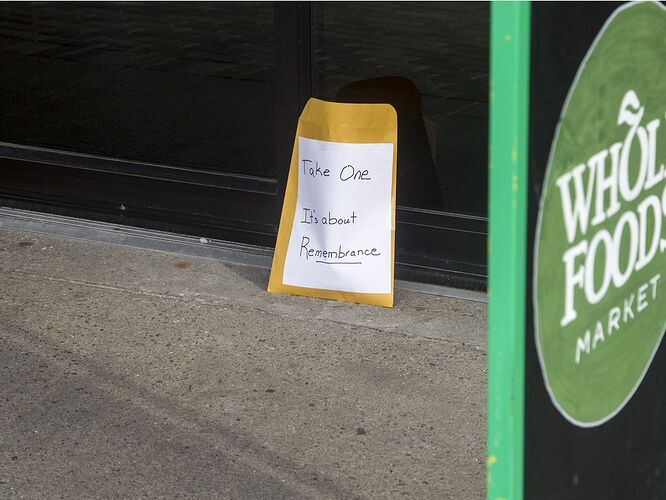 On the sidewalk outside Whole Foods Market’s doorway at Lansdowne Park Friday, someone placed a large brown envelope filled with poppies. “Take One,” the…

I am no fan of the DDR, but “Auferstanden aus Ruinen” is an awesome musical work.

It’s a damn shame that we lost.