DISCLAIMER: Newb… don’t leg press. Learn to squat and DL and use those as your tools for getting stronger. Now that that’s out of the way…

My current program has me doing high reps (20) on a leg press once a week in a 4 day push/pull split. My gym has about 8 different variations of the leg press from laying flat on your back, to up right, to some sort of front squat press machine thing (old school 80s bodybuilding type gym).

My question is which one should I be using if I don’t need to target any particular area more than another; I’m just trying to give the back a break because the next day is pull day w/ a lot of lower back stuff. One of the upright machines says it targets glutes and quads, so I know that’s not it.

For familiarity’s sake, I’ve been using something like this, just because that’s what I used in high school and at the local YMCA when I was in high school: 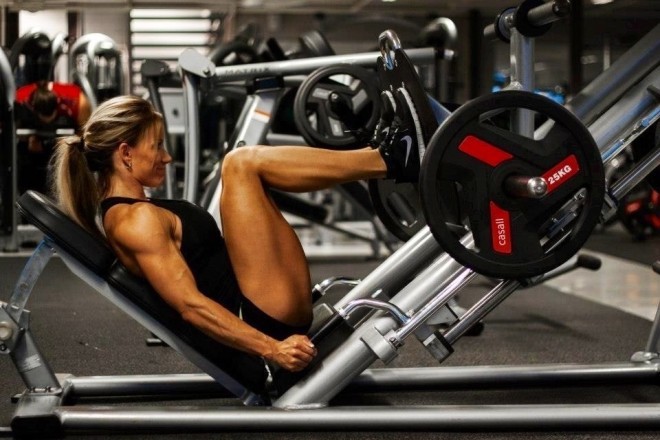 It could be that it doesn’t really matter, but I wanted to make sure I’m not missing out on some big development over the years, given my options. Cheers

[quote]1 Man Island wrote:
It could be that it doesn’t really matter[/quote]
Pretty much this, yeah.

My gym has the “regular” leg press: 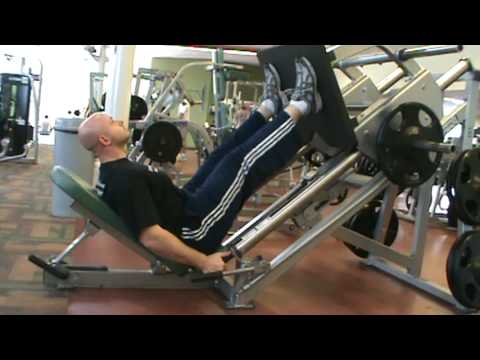 99% of the time, when someone says leg press, this is what they’re talking about.

It also has the horizontal leg press: 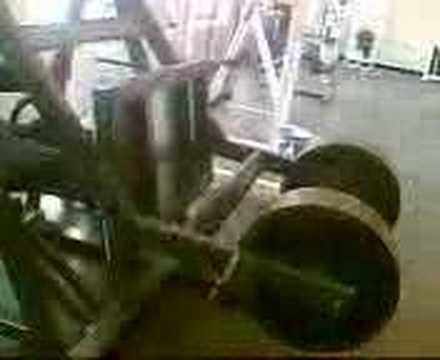 Because you’re sitting more upright, I feel there’s a little less pressure on the back. Nice for a change of pace.

And there’s what I call the high leg press:

It lends itself to a higher foot placement, which brings in more hams and glutes (probably like you were saying). Again, nice for a change of pace.

But if you only did one of them and neglected the others, I doubt you’d notice any serious difference. Because of different leverage and angles of force, don’t expect the weight used to carryover between the machines (540 on one might be too heavy on another), but that’s the only real factor.

I actually really enjoy the “conventional” leg press for the lower back. Sometimes I even use it on my pull days just to loosen up and stretch out the back; I feel awesome afterwards.

My ROM extends just until my lower back arches a little, then I’ll hold it a bit to get the stretch and explode up. The exploding can be tough on the knees, though, as I kind of have to catch it… hoping this will sort itself out as the weight goes up.