When Did You Know 2 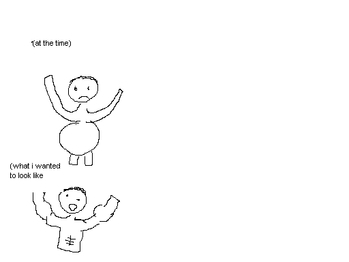 the other thread got me thinknig…when did you realize that bodybuilding (or whatever you want to call it) was your game?

When I was 17 I had crashed on a toboggan and twisted my talus 90 degrees and snapped my fibula clean off at the bottom. surgery took about 4 hours as it took a long time to get many of the bone fragments out of my ankle. I now sport a huge scar and try to come up with cool stories on how i got it.

anyway, I was 190 and NO muscle. bedrest for 4 months and limited mobility with a cain for 4 months = severe atrophy. I looked in the mirror one day and held my arms up a la Rocky Balboa, and there was no sign of bicep. not even a tiny bump.

I worked out in the small town gym i lived in (where the majority of “sports” is getting drunk and driving a big-ass truck through the mud). It was like a second home, and that’s when i got bit.

just wanted to hear other stories…

When one of my buddies told me he was stronger than me because he had bigger biceps. Without really testing his theory I joined a gym to prove him wrong. I should have done it a long time ago because I was pretty out of shape.

So about 2 years pass and I for the most part forget about him telling me he was stronger than me. I worked out pretty religiusly during that time using all the knowledge I learned here at T-Nation.

Then he joins my gym and the first day we work out together I realise that I never probably had to join a gym to prove him wrong. He is just a genitcly gifted all-show-no-go freak.

It was bad, I warm up with his 3RM squat…when I bench. So after that I kinda lost the desire to go back. I went once a week or so and just kinda farted around.

I mostly did deadlifts because that is my favorite lift. I haven’t set foot in a gym in close to 5 months now. I miss it though. Proving him wrong wasn’t the real motivation. I don’t think I could have stuck with it for that long just to prove him wrong.

Maybe I’ll make back to the squat rack one of these days. I just need someone to prove wrong. Any takers?