What'd You Get For Christmas?

lets hear what everyone got! ill post mine later cause i havent seen my gf yet

So far my favorite are my new green foam roller and the stick from elitefts. Oh ya and I got laid as well.

A stop watch so I could keep better track of the rest periods between sets.

Leather coat, clothing, music, odds and ends; my in-laws’ cats gave me Dark Chocolate Moose Munch (those Siamese bastards just don’t get it! Maybe I should read them “Merry Christmas Bob” by Shugart?) Two more rounds of gift-giving to go.

But the Biotest order I placed that should have arrived a few days ago got stuck in the Fedex facility in Denver due to the blizzard and STILL isn’t here! I ordered that package over a week ago. 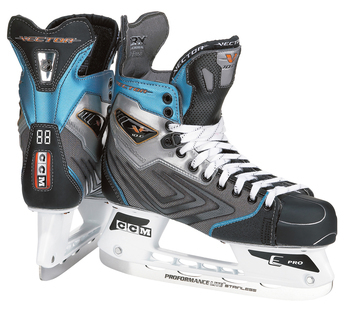 new hockey skates baby! no pussy though, maybe next year.

ipod + multiple accessories, Awesome ltd edition print by Bryan Larson, and some family friends gave me a bag of pot that will probably last me a year

A table saw and Muscle Revolution.

A $500 gift certificate for Iron Mind products. My favroite gift by far.

Got a set of IronMind’s Vulcan squat racks. Stoked!

I can beat that…

Contract (w/ fees completelty paid)for 1yr Contract to a local gym from my girlfriend.Not my 1st choice of presents but she was paying. I’d been happy w/ another 500lbs for my home gym. Only thing I hate to think now is that she expects me to go @ the same time as she does to work out with her.

Oh yeah an laid too, but that happens everday so it’s not like it is a gift.

I have that, it’s good stuff.

I got an electric razor, A firebox and Seinfeld Seaons 5 and 6. My Wife and I also gathered about 300 teddy bears for the Phoenix Childrens Hospital and surrounding shelters that we’re about to go give out.

A bunch of under armor clothing and some regular clothing, phone and a bunch of other crap… didn’t really want anything this year

A Sprint Fusic (phone), Golf Clubs, random shit and my dad decided to go ahead and by me and my brothers a Nintendo Wii AND an XBOX 360 (these were both complete surprises). I was pretty stoked.

I got the usual stocking stuffers…fish oil and socks…there was also some candy, which I didn’t really understand.

My parents really spoiled me with a bunch of CDs–Yes, King Crimson, some Brazilian metal, and a couple others–and a USB hard drive for my ever expanding music collection. I also got some clothes, including a few lifting shirts. My sister got me a CD and my bro got me the second season of Arrested Development.