What is the Future for Junior Dos Santos?

JDS is always the underdog in his fights nowadays; when he was scheduled to fight Ngannou everyone said he’d be hospitalized. Seriously, Dos Santos has a better resume than Cain and Werdum:

imo he should actually be the 3rd greatest heavyweight after Fedor and Miocic. 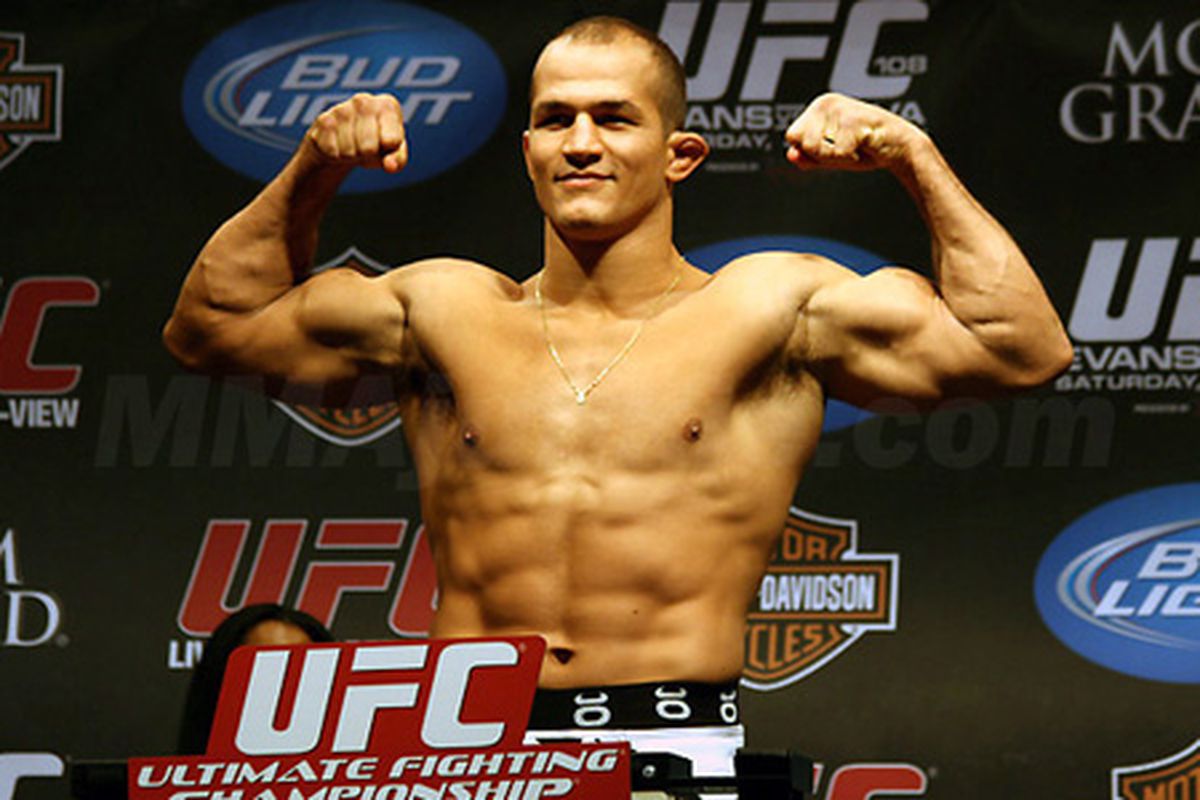 Who should he fight next? Derrick Lewis would be a logical match up for him. Or maybe Dos Santos-Overeem II.

I like rooting for Junior, he is a great happy guy like most people are not and he fixes heads in spectacular fashion. He used to, as you mentioned sort of, some have speculated the two beatings he got from Velasquez affected him.

By the way, since August he has been under review by the USADA for a possible PED violation. he has said he always supported fair competition, and that maybe a supplement was produced with something off in it. I wonder why it takes so long, I occasionally google his name to see if any new news happens, nothing recently.

Assuming he gets back to things in good order, I do want to see him against Ngannou. Junior actually wrestled a little bit in his first Miocic fight, and tripped him, the latter I think is part of why the judges gave it to him. He might be able to be more than just boxing and give Ngannou a thorough ride.

A rematch with Overeem would also be good, maybe it would go diametrically the other way, except that Overeem said after the first fight that he had Junior’s rhythm figured out. So maybe I don’t know. the first was boring except for a front kick that crotched Overeem and the knockout in the second round.

Sure, Lewis could be interesting.

As to a fourth fight with Velasquez, I haven’t kept up as much with what is happening with Cain, but after Junior said after the Rothwell fight that he is a boxing guy, forget everything else, I just don’t want to see it.

There are definitely some interesting fights for JDS (especially an Overeem rematch). Hard for me to rank him higher than Cain, given that Cain has beaten him twice (and finished him most recently). Also tough that his last three wins are by decision, while his last three losses were by TKO - kind of the opposite of what you’d want if you were 3-3 in your last six.

How damn long is this USADA investigation going to last? Are they doing an intensive study of supplement companies’ having possible contaminants in some product?

I am itching to see if he will fix some more fucking faces.

Well, the answer to above was he got ruled time served, the Brazillian pharmacy where he and several other Brazillian fighters got their supplements seems to have had production impurities. Junior himself said that if he was going to deliberately cheat he would have done something else. So I figure he is honest.

Blagoy! Will that be the adjective to describe his face after taking shells from Great Gustaf on Saturday? Ivanov hasn’t the peppering of recent losses Junior has that many people on a recent web board search attribute to the 2 spankings in the head Dos Santos got from Cain a while back.

Still, is the UFC the golden hall in the clouds where the professional level is maintained by the fight gods, and the World Series of Fighting from which Ivanov comes just mere mortal soil?

I am Surprised ronki that you didn’t keep this thread going.

I am going to have to wait until the Ivanov fight gets on Fightpass to see it, but I read Junior thoroughly put him through the wringer. I wonder if it was something like the Rothwell fight.

I want next to see Ngannou and Overeem for him.

What does anyone think his ranking should be now? I heard it had been #8.

Hey! He won. I’m looking to see Dos Santos vs Lewis next and then the winner can fight Stipe Miocic. At the moment Dos Santos is alternating wins and losses and hasn’t had a knockout win for 5 years.
To me Dos Santos has always been underrated and overlooked as a Champion. People always refer to Velasquez, Miocic and even Lesnar but never think of Dos Santos as one of the greats. In my opinion he’s even better than Fedor. Best heavyweights of all time:

Not mentioning you in particular BUT the next fight for Dos Santos is against Tui Tuivasa. I hope he wins (don’t see why not) and then I hope Stipe Miocic beats Cain Velasquez in the meantime so that we can see Miocic-Dos Santos III and Junior wins the and rides off into the sunset. I want Miocic to retire Cain before this because the guy hardly fights.