What Exercises Will Make My Lats Wider and Give Them The Best Engagement?

Here is a video of me putting it into effect 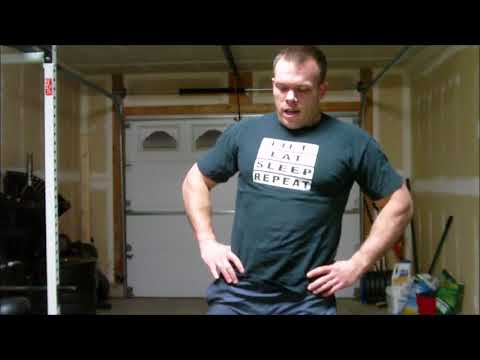 Are you trying to make the pick difficult, or is that an efficient pick for you? I do it very different from that… That looks like what I would do if I wanted to make it harder.

Are you trying to make the pick difficult, or is that an efficient pick for you? I do it very different from that… That looks like what I would do if I wanted to make it harder.

With it being so heavy and floppy, that’s the most efficient pick. A lighter bag has a better pick. This is how I handled a 200lb sandbag when I had one

Does the short distance translate well to event day? And do you do yokes/farmers indoors?

Does the short distance translate well to event day?

I’ll find out, haha. This is more to prep me for a natural stone pick than a carry event though.

I don’t do yoke or farmer’s indoors.

Does the short distance translate well to event day

probably depends on what your weak point is. Licis has talked about mostly using short sprints with pick in his own training for moving events. Because that’s where a lot of people waste a lot of time. A really efficient pick and go can mean a world of difference.

What has worked for me is to use medium weight ranges and do lots of sets. Concentrate on using the muscle to pull by using your elbows and get a good stretch. I see a lot of people using momentum to move the weight which is a waste of time if you are trying to grow a specific muscle group.

Also do CT’s advanced version of this exercise. I added it a few years ago and works very well. 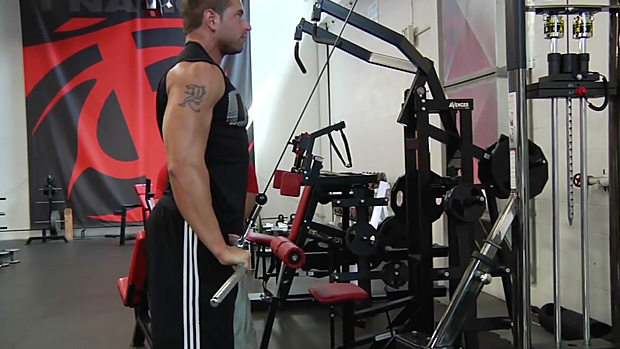 Do Straight-Arm Pulldowns For Lats

Doing straight-arm pulldown nails the lats and enhances your V-taper like no other exercise, only if you use perfect form. Here's how.

While I’m certainly not going to begrudge trying to DIY or save money, I will say that even my fancy expensive sandbag from IronMind was pretty affordable.

Nice I’ll take a look at where I can pick one up, and then curse myself over and over while being blinded by sweat.

Indeed. I was surprised how much of a workout it was to simply do what I’m calling a “front lift” (like I said, basically the way one would load stones to a platform, without the platform) EMOM for 15ish minutes, because…

Just going to continue to echo that sandbags are awesome. Lose a lot of energy on the pick. It’s why I like running it with tabata timing. A lot of times, towards the later rounds, I spend the full 20 seconds just trying to pick up the damn thing.

…the pick is definitely tricky. If you’re not careful with your hand placement the thing just starts to topple out of your grip and it’s really hard to recover.

yea man, when it comes to bang for the buck, there are actually few things that could beat a sandbag. Bags are cheap, sand is cheap. It’s loadable to whatever weight you want. It’s versatile. Pretty sweet training tool.

It’s funny, I’m slowly accumulating goodies for my home gym while trying to be reasonable (in both budget and storage-space; my wife and I are trying to stave off the parents-accumulate-tons-of-stuff that always seems to happen, but still, at some point storage space will be an issue if I buy every gym toy that I ever want - plus, I really want to actually USE all of the things that I have). I don’t think I realized just how cheap sand was/is, which makes the sandbag one of the most cost-effective training tools you can get, even if you buy a fancy IronMind bag, lol.

how heavy do you train with, generally?

As a noob to this, I’m training with an IronMind bag loaded with three 50 lb bags of sand, so I’ll take Punisher’s word for this and call it a 150+ that might actually weigh 160. I expect to add a fourth 50-pound bag at some point in the next couple months once I’ve had some more time to adapt to the implement, since my squat and deadlift are not that far off Punisher’s a 200+ bag should be usable for me.

Anyways, we’re now pretty derailed from “what exercises will make my lats wider” but at least we’ve all agreed that sandbags are awesome and everyone should train more like strongman.

I started doing close grip chins with a 5kg weight, they are harder now since I gained another 5kg in weight since I last did them, I did 5 sets of 10 reps 1 minute rest only I feel good DOMS today for that

Thank you I think I have something similar in my gym, I will look and if I do give it a try.

I try not to grip it at all. I put my flat hands on top of the bar and press with my palms. For me, it takes the forearms out of it.

I’ll put the videos back for future reference. 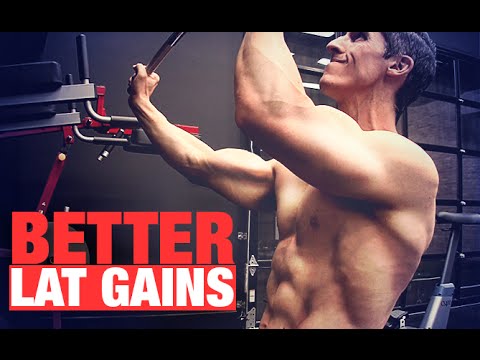 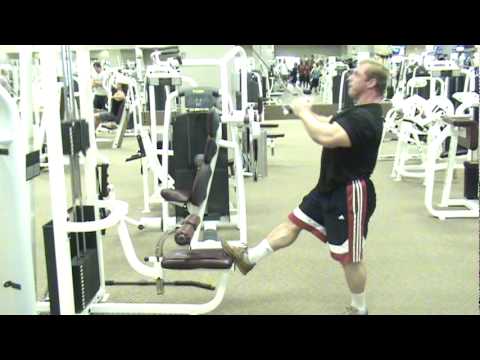