I just got into olympic lifts i am very interested in the movements and genuinely excited about going to gym to work on my form however i am getting confused, some people teach me the form and their feet come completely off the ground where as others just the tip toes touching floor and then there are the ones that feet do not even come off the ground? Which is the proper form?

Just to clarify, are you talking about Power Cleans or Cleans?
Re: Cleans, this might be helpful. 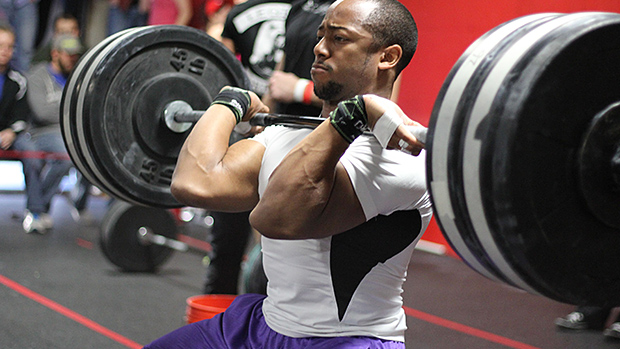 You don't have to be a competitive Olympic lifter to benefit from the clean. Build power and explosiveness with one lift. Here's how.

I won’t link to them here, but I think it would be OK to mention that Catalyst Athletics has a nice exercise video library where you can look up clean exercises. I take lessons from a coach, but watching tutorials helps just to break it down and visualize the lifts.

The Hookgrip Channel on youtube is a nice resource because they often show the lifts in slow motion. That might help answer your question. I’ve only been learning the OLY lifts for 5 months or so, but I believe I’m on my toes, or slightly off the ground. I’m not sure if there’s a right or wrong to your question about form.

Good luck with it! Super challenging, but I’m having a lot of fun.

From Catalyst. They have many more clean progression/ clean exercise videos on their site.

From my limited knowledge of the Olympic lifts I believe a full clean is where you pull the weight off the floor and catch it at the bottom of a front squat basically. A power clean is pulled from the floor but only caught with a slight bend in the knees, same for power snatch. A hang clean is pulled from the hang position and caught at the bottom of a squat.

Exactly what @caesium32 said. Feets off the ground/on the ground what not is all personal preference. Power simply denotes that the lift is caught in a partial squat instead of a full squat.

pretty much. Although I will note that feet completely off the ground with clearance (like more than a fraction of an inch) is usually a really big mistake. The longer you’re off the ground the less stability you have in your base. Naturally this has to be balanced against a loss of powerful extension, but you will NEVER see a world class lifter that gets tons of air under their feet or stomps the ground really hard. The “stomp” is actually a clap from wood heeled shoes meeting wooden platform, not a forceful stomp.

“Power” describes a term for the catch position–above a half squat.

“Hang” describes a term for the start position.

I’ve noticed many people here will say they are “training Cleans” when they might be talking about any of the variations. That makes it a little bit confusing. If you look at the Catalyst site, at their WLing exercise library, you can see all the terminology with videos. I found that pretty helpful.

@Benanything - are you still on the injured list? Are you getting more into WLing these days?

Still injured but still lifting so… Posted a video of my weightlifting sessions yesterday. You can check it out at my training log if you’d like to!

NEVER see a world class lifter that gets tons of air under their feet or stomps the ground really hard.

Both. In the snatch balance and stability is even more important considering the catch is overhead, which means a longer lever arm acting on the body. Check out videos of top ranked olympic lifters at international competition–watch the slow mo–you’ll never see it.

You might catch a quick glimpse of a TINY bit of air as they transition between phases, but never what lower level people are coaching their athletes to do. It’s a waste of energy and balance.

EDIT–By tiny I mean a fraction of an inch. You have successful lifters who pull flat footed, and those that rise on their toes instead, but not people getting significant air time

Ah i see, i meant to say power cleans btw.

damn a good resource of videos here, thanks for the reply now i have to get back to the gym to try perfect the form

Once the weight gets heavy you are pulling your body under the bar for the catch in the full clean. CJ Cummings is setting records in weightlifting right now. Look him up. He’s just a pup too.

I have to disagree that power denotes position or height of catch. Now, as lifts outside of competition lifts are technically undefined, and only labeled by those performing it… I could allow that to enter debate.

It is my opinion that a well executed power clean is determined by its requirement of cradle/catch - specifically the lack thereof or very little. The lifter during a power clean really only moves in one direction, up. Where your standard clean will the lifter will move up, down, up again.

So, you can catch a power high or low, but if th body has to absorb the force and travel down, or can rise with the momentum of the bar is the difference between “power or nah?” 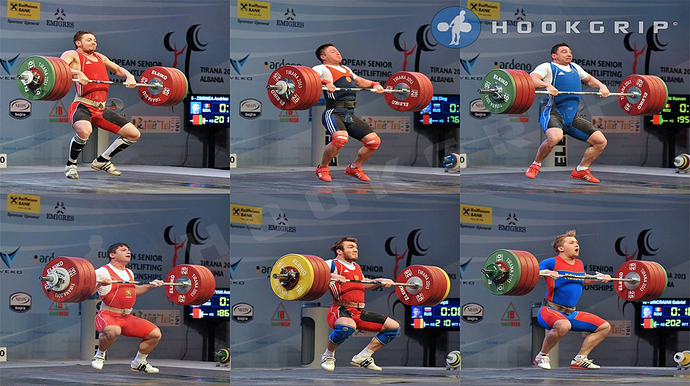 The jump is part of triple extension but not something to focus on. The feet are also moving to a wider base for the catch. That’s where the noise comes from. The first pull is done with the feet in a more narrow stance similar to deadlift but most people catch the weight with a slightly wider stance which is more conducive to squatting (which is exactly what you do after the catch).

Point being, it’s OK for the feet to leave the floor. If they do, you are “jumping” though that is not necessarily the intent, rather it is the natural result of an explosive finish to the pull.

I know some advocate that the feet never leave the platform.

At some point, the barbell is no longer elevating and any arm action at that time is essentially pulling the lifter under the bar. As the force imparted on the bar is not raising it, relative to the ground, as the bar is returning to the platform, the position of the feet is irrelevant.

It is relevant and critical that when the bar is caught overhead or shouldered, the feet are in a stable receiving position which allows for balance and recovery.

By the way, most define a power clean, or power snatch, as one in which the lifter does not squat to parallel. In other words, you have to catch it above parallel, or else it is considered a squat clean.

Squat clean… is a crossfit term

No, “clean”, “squat clean”, “split clean”, “full clean”, “power clean”, “continental clean”, “snatch”, “squat snatch”, “split snatch”, “full snatch” and “power snatch” verbiage has been around for several decades, back to at least the 1940s, long before CrossFit was invented.