What Are You Reading?

I’ve been reading a lot of German books lately, but I recently finished Dostoevsky’s The Idiot. Good, but The Karamazov Brothers is way better. I’m starting My Beloved World by Sonia Sotomayor soon.

The Karamazov Brothers is way better.

My favourite is Crime and Punishment. That’s probably a very basic answer, but Raskolnikov’s breakdown is a great depiction of some of the concepts I’m interested in studying

My favourite novel is fathers and children by turgenev

Started it about a year or more ago. Never really got into it and read multiple books since I started this one.

Will most likely start it again

I think I should reread Crime and Punishment because I only read it once about eight years ago. I read Fathers and Children a year ago and adored it. An often overlooked classic in my opinion.

The Lord of the Rings.

I’m a huge nerd for the films but couldn’t get into the books as a teenager, so I’m giving them a read now. 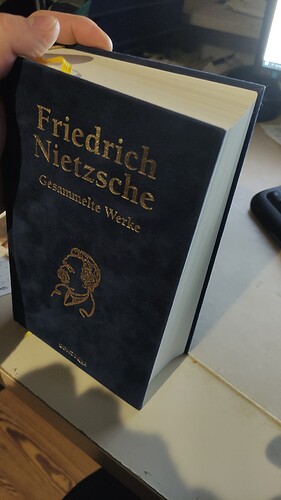 I also received this velvet clad edition of Nietzsche’s collective works as agift.
That will be quite the task!

That is nice. Never read his books maybe I need to start.

Y’all be up in here reading such “smart” books and I’m over here with my super deep psychological thrillers and chick-lit. lol

Some of my favorites lately have been:
My Wife is Missing by D.J. Palmer
Hello Sunshine by Laura Dave
Killers of a Certain Age by Deanna Rayburn
The Things We Do in the Dark by Jennifer Hillier
For Your Own Good by Samantha Downing

Currently Reading:
We Are All the Same Dark by Julia Heaberlin

Finished Raising the Bar by Dave Tate. Interesting to gain his perspective on things.

Starting Beyond Brawn by Stuart Mcrobert.

All the Devils Are Here Bethany McClean. Detailed but manageable book on 2008 housing crisis.

The Naked and the Dead Norman Mailer. I’ve been having a super tough time with fiction. Tried to read Out by Natsuo Kirino and just couldn’t get into it.

The Pleasures of the Damned by Charles Bukowski

A large collection of his poetry.

It’s been awhile so here are some of the highlights in my literary listens:

Lies She Told by Cate Holahan
The Favor by Nora Murphy
They Never Learn by Layne Fargo
The Hunting Wives by May Cobb
All Good People Here by Ashley Flowers
The Prisoner by B.A. Paris
Girl, Forgotten by Karen Slaughter
Blood Sugar by Sascha Walker
Daisy Darker by Alice Feeney

Nothing note worthy lately.
Dark Fall by Andrews and Wilson
War Hawk by James Rollins and somebody. Meh…
Murder at the Lobstah Shack

kept thinking it was going to get better but…
A Slow Fire Burning by Paula Hawkins then tried The Girl on the Train. Listened for two hours and could have cared less if they all died… lol (returned early)
Now onto, Bone Rattle by Marc Cameron.

A Slow Fire Burning by Paula Hawkins then tried The Girl on the Train. Listened for two hours and could have careless if they all died…

Agreed on both counts!!

Cool story so far that is tying in to thr Dyatlov pass mystery (real creepy event from 1959 highly recommend looking it up).

I thought they have pretty much solved the mystery of Dyatlov pass? 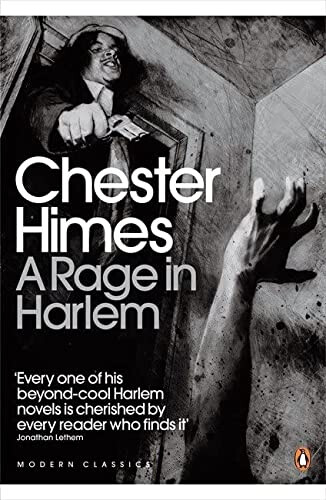 Best guess by science is that it was a mini avalanche, but some documents found suggest otherwise.

Talking To Strangers by Malcom Gladwell.

I really like most of Gladwell’s stuff, this book is no different. Entertaining, educational.

Without the slightest criticism meant, I do find it mildly amusing that you could have 2 people read 2 different Gladwell books that discuss a similar point, and have them both argue to death on opposing sides, citing the same man as a source. Of course this is where nuance comes in to play, but it’s amusing to see how, with his definitive style, there appears to be just diametric opposition on certain ideas he has repeatedly touched.