Westside For Bench Only

Right, I injured my lower back (not lifting related) and I can’t squat and deadlift for some time.
My bench kinda stalled and I’ve always been interested in conjugate training but everyone kept saying “Westside is bad for raw” or “you need sheiko type of training”.
I think sheiko is overrated, too much work for not much gains.
Also I started to get into powerlifting because of all the Westside multiply lifting, and Louie articles.
So I was thinking about giving it a shot. I will work up to a 3rm every week on different variations.

Each to their own I guess. Conjugate works for loads of raw lifters tho most high level powerlifters don’t so make of it what you will.

It’ll be good fun to try new training methods tho.

How much ya bench?

A few things to consider. I’m currently on my second 12 week cycle of Westside style conjugate.

I found pauses to be worthless. I’m going to get flamed for this but fuck it. My OPINION is that all pauses do is teach you to stay in the hole. It is NOT the same thing as a pin press or a floor press in which you break the eccentric/concentric chain by stopping at the pin/floor for a two count.

I have used long pauses on bench with success, but I wouldn’t go longer than 3 seconds because it will really limit how much weight you can handle and becomes kind of pointless. Long pauses teach you to stay tight during the pause on the chest and if you happen to get a slow press command you will be prepared.

I have never trained anything but touch and go and never missed a pause signal. But you go ahead pause away.

You don’t find that the pause is awkward if you don’t pause in training? I know that Dave Ricks only trains t&g bench and benches 450 at 58 years old, but he is something else

It’s not so much about missing the pause signal but rather about making the pause less of an issue, or none at all. I don’t do heavy competition grip t&g bench, only speed work, high reps, or other variations, but when I did it was equal to my paused bench.

Thanks for the reply mate. The reason I chose paused bench is because it teaches me how to stay tight, kinda like the spoto press. It is not really about training the pause itself as the federation I chose doesn’t ask for long pauses (GPC).
Do you think I should get rid of paused bench and pin press?
I’m a big archer, wide grip bencher, tuck my elbows a lot and try to use my lats and upper back as much as possible.
Also I tried 50% dynamic today and wasn’t as fast as I imagined so I’ll go even lighter

Louie Principles: Triceps and back both days! Don’t be afraid to finish workouts with high rep band tricep pushdowns to build up elbow joints and arm tendons.

If you need more upper body muscle, you can do Repetition Day instead of Dynamic Day for a wave or two.

Don’t go crazy with the band tension, but make sure you have some tension at the bottom. You gotta develop the start as well as the top of the bench.

If you get bored, check out:

Different strokes. Is that Ok with you?

Also will OHP work as a variation? I am very weak at military press

It might. It’s worth a try. You might want to try to alternate pressing variations with bench variations. Experimentation is your friend.

I have found a 1:1 transfer fromt he press to the bench but that might be an exception. No way to know for sure unless you do it.

No, of course not.

I have used long pauses on bench with success, but I wouldn’t go longer than 3 seconds because it will really limit how much weight you can handle and becomes kind of pointless. Long pauses teach you to stay tight during the pause on the chest and if you happen to get a slow press command you will be prepared.

Research shows that a pause of around 4 seconds completely kills the Stretch Reflex.

More strength is needed to drive the bar off the chest in the Bench Press when heavy weight is used. This method increases strength off the chest.

So, Paused Bench Press Training has it place.

"Ronnie Ray once did a 400 pound bench press with a 30 second pause at a bodyweight of 181."
Source: The Bench Press 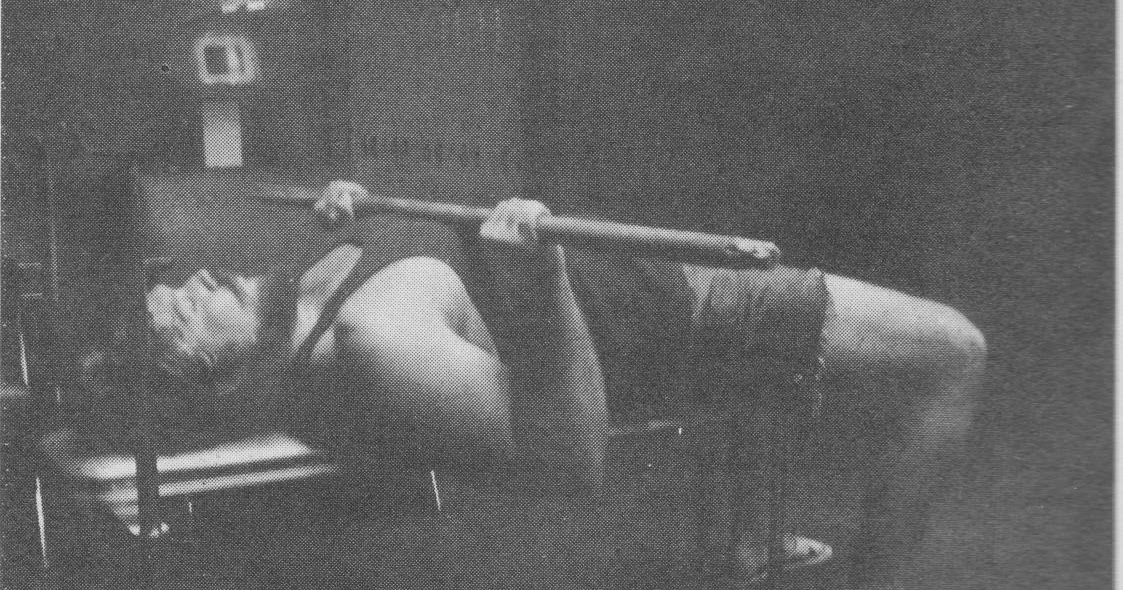 Developing Size and Strength: The Bench Press by Terry Todd and Paul Anderson (1972) Parts One and Two ...

With that said, some some “Touch and Go” (Stretch Reflex) Training need to be included in a Bench Press Program.

This book is based on McLaughlin’s Bench Press Training Research.

McLaughlin noted that “Touch and Go” (Strength Reflex) Bench Press is a vital component to increasing Power off the chest.

The only way to develop the Stretch Reflex is by training it via “Touch and Go” Bench Pressing or some type of Plyometric Bench Press Training, such as “Smith Machine Bench Press Throws”.

Retention of The Stretch Reflex

After a 4 second pause, the Stretch Reflex is gone.

Another Way Of Looking At It

Young was a Bench Press World Record Holder in the 242 lb Weight Class in the 1970’s. Young minimized the pause in his Competition Bench Press by anticipating the “Press Command”.

By doing so, Young was able to retain more of the Stretch Reflex and drive up more weight.

Part of Young Bench Press Training revolved around learning how to anticipate the “Press Command”.

Increasing Strength off the chest via Paused Bench Press Training enables you to drive the bar up with more Power and Speed.

Some type of Stretch Reflex Training is vital for developing and increasing it.

Summary of the summary for @veilofmaya lel: Add touch+go and long pause (>4sec) bench to your variations list. Technically not a variation but throw comp pause bench on the list.

Also will OHP work as a variation?

Semantics… it’d be great for assistance after your chosen variation

Get a sense of humor, then grow up.

Bands on bar, bar comes down to your chest with more acceleration than without bands. More downward speed means more downward force and more force into your tissues.

More force into your tissues on the way down results in greater force on the way up when you reverse. Like training a stronger stretch reflex.

Bands are life man, but I need to find a way to make them tight on the bench. With squats is easy but bench are either too loose or too tight when I double them.
I have a strength shop bench fyi