Westside for a Non-Athlete?

ve been researching on strength training lately, and came across the methods used by Westside. Im not looking to follow the Westside plan exactly, as im not a powerlifter, and thus my program will not need to be as specialized, as raising bench, squat, and deadlift. Also, I have read about WS4SB’s and its more volume, and less intensity than im looking for.

Even though im not competative, I do see how raising bench, squat, and deadlifts will be very beneficial in helping me reach my long term goals, which are getting freaking strong. I have read most of the articles on the westside site, but still have a few questions. I know the recommended training methods, and set/rep schemes and all. Also, I will not be doing any RE work. This will be in a separate phase of my training using the EDT protocol.

***I prefer to deadlift instead of squat, based on my biomechanics, not always having a spotter, and just general skill. I will use Box squats on DE days though. And one of my goals is to raise my max DB snatch so I feel it should be trained high intensity / low volume.

If you don’t care about raising your squat, bench, and deadlift, then you don’t need to spend your time on DE box squats and DE bench presses.

And what do you mean you “won’t be doing any RE work”? I may be wrong, but that sounds like a terrible idea.

Christian Thibaudeau did a series of articles that you’d love. basically bodybuilding version of conjugate protocal.

If you want to look good, you have to lift heavy and push the fuck out of your body period. There are a million ways to do this and the conjugate protocal can be adapted to most.

but unless you have a lot of experience, or read a shit ton of articles on it in my opinion dont even mess with it. It’s really best for athletic purposes anyway 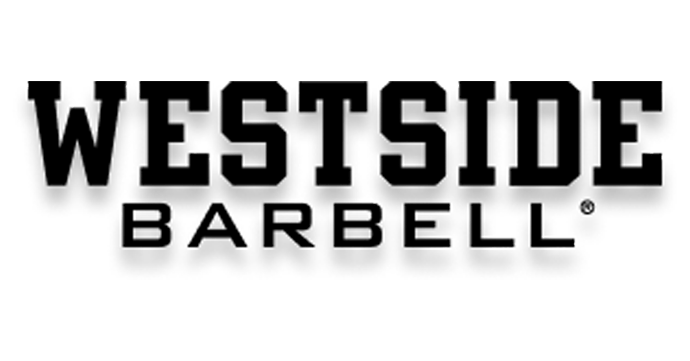 Get accurate training advice from our Conjugate Method blogs. Increase your Squat, Bench & Deadlift and learn about other fitness and training methods - Westside Barbell

Thanks guys. I have already read most of the articles on Westside’s site. I believe I read the WS4BB on bodybuilding.com, but it seemed to be higher volume lower intensity.

I really just want to use a simple ME / DE program and dont think at my level anything too complicated is needed to make some consistent gains.

I think strength will come from the ME / DE phases of this program, and the size will come during periods of increased volume and density.

In my opinion, if you are looking to get bigger, you don’t need DE. Especially if you’re not that advanced. Just do rep work on the DE days.

What exactly are your goals? You said you want to “get freaking strong,” not necessarily in the bench, squat, and deadlift. If your goal is simply to get strong, you may want to have some indicator lifts so you can measure progress, and base your routine on increasing those lifts.

Thats what i’ll be doing with Bench, Deadlift, and Snatch. But I will not need to be as focused on just those lifts, since im not competing in them. They will be good monitors of progress though.

So I did my first workout tonight. I think it went well, but may need some tweeking as things progress. I basically modified the Westside for bodybuilders to be higher intensity lower volume. Heres what I did for Bench ME day.

I think everything went well, but there ended up being too many sets because I didn’t have a good idea of what my max might be. Now next time i can progress toward my max a bit faster.

Also, I think I would be better off using my gymboss to time rest breaks. I was working out with my friend, and he doesn’t understand how long of rest is needed between sets.

Any other suggestions guys?

When going for maxes, take as much rest as you need.

However, usually a ME upper day goes like this:

Bench Variation: Work up to 1RM

Same thing for lower days, except you do main, erector, glute, and ham assistance exercises.

It’s generally not a good idea to max on three exercises in one session. No offense, but honestly you sound pretty confused. I would just follow WS4SB more or less to the letter for a couple months, and only then after you have some experience with the basic template and how you respond to it, only then start making modifications.

As for the reasons im using westside, well its safe to say that im not actually following westside since ive made some changes.

As for not being able to do lower reps on chins and side press, that just doesn’t make sense. The only way your gonna get stronger at these is lower reps.

Also as for “maxing” on three different lifts being a problem, it would be following a typical program, but I have made the necessary changes to handle this intensity for the duration of the program which is only 2-3 weeks.

I did ask for opinions though, so thanks for the advice.

If you know how to get strong, why are you asking for advice on a basic program? Working up to a 2RM or 3RM on three exercises is just beating yourself into the ground. I didn’t say you couldn’t do lower reps. Try sets of 6.

Anyway, it’s obvious you just want people to agree with you and you’ll do what you want no matter what advice you get. Have fun. You’ll find out for yourself once you progress a little bit and one of those workouts trashes you for a week.

read the article posted today dude, westside for the ‘non athlete’ is an oxymoron.

After the first two ME workouts, I’ll have to admit, that I was wrong. Its not that “maxing” on two lifts is too taxing, but there just isn’t enough accessory work, and repetitions in the program I set up. I have decided to make some changes, including changing some of my target lifts.

Bench work up to 3rm

DB Snatch work up to 1rm

Im not really sure how DE days will go, but im thinking DE bench, Band high pulls if i can get some bands, DE deadlift, and DE box squats. Occasionally I will throw in some form of plyometrics for upper or lower.

I know Olympic type exercises dont fit too well in the westside template, but my main goal is to get better at the DB snatch, and I think this is a good way of working the heavy % into my plan.

Is this better than before, and are there still any major problems?

The high pull really needs to be first, but then your main movement, the max effort bench work, would be second, which obviously won’t answer. I guess I’m saying, what are you trying to do that day? Get explosive, or get strong on the bench? I think it’s generally a good idea to train similar neurological attributes together, and not mix in a bunch of stuff from all over the place.

So I’d drop the high pulls (for now), and hit the bench as hard as you can. Close-grip would be nice assistance move (although I’d personally use slightly lighter weight; probably a 6-8 rep max), then I would put in a lat move (probably DB rows or chin-ups), and maybe an isolation exercise for your anterior delts and call it a day.

You could do your high pulls on your lower dynamic effort, which would allow you to better focus on them. I’d fill this day out with some box jumps, vertical jumps, or broad jumps. Rereading your post, though, if your main goal is to get better at the DB snatch, you might consider replacing high pulls with “power” DB snatches (lighter, that you don’t have to squat way under to catch) to get the extra work in. That way you’d have two snatch sessions, a heavier and a lighter.

Also, I would not spend a lot of time on plyos for Olympic lifts.

Thanks for the advice, i’ll consider everything you mentioned.

Is there a reason why you wouldn’t do plyos for olympic lifts?

I just don’t think they will help you that much. There’s just not enough tendinous activity in the Olympic lifts to make it worthwhile.