My wife just got done telling me about a book by Nora Roberts called “Morrigan’s Cross” and the way she described it sounded very interesting.

The only problem I have is that Nora Roberts seems to cater to the female romance novel croud, and I don’t want to read all that romance crap that’s probably mixed into a good story.

I like the dark, vampire type of books/movies, but don’t know how to tell a good one from a bad one.

It doesn’t even have to be about vampires. Any dark, sci-fi, thriller type would probably keep me entertained.

Anne Rice was entertaining when I was 15. Not that I don’t love sci-fi… But those are like the MOST famous vampire books. Haven’t you heard of em?

“The Vampire Earth” series by E.E. Knight. It’s a twist on the vampire storyline, plus it’s dark and sci-fi/thrillerish.

I picked up the first title - Way of the Wolf - at the library a couple years ago and found it to be a suprisingly great read for a first time author. The other books in the series sucked me in (no pun intended).

Another series I’d recommend is “The Dresden Files” by Jim Butcher. It’s about a wizard detective in modern Chicago. “Storm Front” is the first in the series and I thought it needed some work, but the character and storyline piqued my interest enough to keep reading.

I’m glad I did 'cause the author has gotten better as the series goes on, though the first few books were redundant.

There’s a vampire storyline which becomes more important as the series goes on.

If you want dark, freaky, and all around fucked-up stories, try reading anything by Chuck Palahniuk. He wrote the book “Fight Club” (yes, there is a book, and it was cleaned up for the movie. At one point Marla tells Tyler she wants to have his abortion.) I would reccomment “Choke” and “Lullaby” in addition to “Fight Club.”

[quote]beebuddy wrote:
Anne Rice was entertaining when I was 15. Not that I don’t love sci-fi… But those are like the MOST famous vampire books. Haven’t you heard of em?[/quote]

Nope. My fictional book library consists of Lord of the Rings/Hobbit books, White Fang, and The Call of the Wild.

That’s about it, with a couple here and there that I thought would be interesting, but I stopped half way through.

I’ll check out her books though.

Anne Rice, of course, but she has a fascination for male homoerotica… Check out her “Mayfair Witch” series. Very good!

Thanks Dan and Brant.

I think I’m going to wait for a few more posts, and print out this thread and take it to Barnes and Nobles with me.

I’m in a book-reading mood. Hopefully it lasts long enough to get through a few books.

Check out the His Dark Materials trilogy. Those books are great.

The trilogy follows the coming of age of two main characters, Lyra Belacqua and Will Parry, as they wander through a multiverse and a backdrop of epic events. The story begins in Northern Lights with fantasy elements such as gypsies, witches, and armoured bears. As the trilogy progresses, it acquires allegorical layers of meaning, introducing a broad range of ideas from fields such as metaphysics, quantum physics, philosophy (especially religious philosophy and, arguably, a certain position on the origin of consciousness), and Biblical symbolism.

Although the series is marketed to children, the audience includes many young adults and adult readers. Pullman has specifically denied targeting the books at any particular age group[1]." 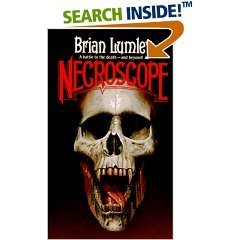 This is a great series of books:

I’m reading one now called “The Historian”, unsure of the author. But apparently she’s from romania or translyvania area. And wanted to write a story that always seems true about the dracula legend.

If you’re interested in some real history interweaved with fictional parts, you better pick this one up. Itll keep ya up late at night and keep you wondering if Dracula is really - real.

[quote]Brant_Drake wrote:
If you want dark, freaky, and all around fucked-up stories, try reading anything by Chuck Palahniuk. He wrote the book “Fight Club” (yes, there is a book, and it was cleaned up for the movie. [/quote]

I believe most people (including myself) find the movie adaptation a more extreme statement.

“I haven’t been fucked like that since grade school.”

Abortion just doesn’t shock anymore. Cher’s murder just made abortion funny in my eyes (a little semi cryptic reference for ya there).

But apart from that I agree with the statement in general.

Read I Am Legend. It’s not a vampire book in the Dracula sense (sexy, patrician guys with pointy teeth who like to drink blood), but it’s got vampires. I believe this book is the source of the neo-vampire of the Blade variety.

The book is about the last man on Earth after everyone else has been turned into a vampire. It’s pretty awesome.

Fevre Dream by George R.R. Martin. Vampire story in the 1800s on the Mississippi River. New Orleans as the locus of the vampires long before Anne Rice.

Empire of Fear by Brian Stableford. Historical epic vampire tale. Very different from most of the other vampire stuff out there.

Priest of Blood by Douglass Clegg. First of the Vampyricon books. Clegg, an excllent mainstream horror writer, gives a shot at epic fantasy with vampires.

Children of the Night by Dan Simmons. SF, fantasy, horror, hardboiled detective, semi-fictional spy story — you name the genre and this cat will tear it up.

Do NOT get any of the half dozen or so cool-chick-vampire-hunter series out there unless you need something to read after your sexual reassignment surgery.

I almost forgot Vampire$ by John Steakley. This book was the basis for John Carpenter’s Vampires movie.

Yeah, most of the best I’ve read have already been listed.

Not in any particular order, I’d seriously suggest:
Brian Lumley’s Necroscope series – This is a hell of an original and unique adventure/horror/scifi series of novels. You’ll be addicted to the damned things like they’re crack. Its too broad to really explain, but there’s espionage, supernatural abilities, and the vamps can do some creepy shite.

John Steakley’s Vampire$ – probably one of the best manly men balls-to-the-wall action horror concerning vampires that I’ve ever read. The movie is total shite (and i love John Carpenter) compared to the book. These guys are hard drinking, hard smoking, hard training, tough asses who kick vampire ass for a living, washing off the blood and gore at the end of the day and partying. The cool thing about this one is that I’ve spoken with this author before (he’s from Texas) and he’s a good guy. Also recommened is his award winning sci-fi novel, Armor. Also a seriously fun read about ass kicking and name taking.

Bram Stoker’s Dracula of course. Considering its place in the history of vamp lit.

David Wellington’s Thirteen Bullets is an excellent (and free) online story about particularly vicious vamps. You have to read his stuff at the site, but I’d seriously suggest reading all of his stories. He did them in serial format and posted a new chapter three times a week. He started with a series about zombies that’s been put into hard cover to be sold. Really entertaining stuff. The site is: http://www.brokentype.com/thirteenbullets/

I’d suggest all of those before Anne Rice, but her stuff is pretty solid. However, its more romantic in nature.

Oh yeah, and though it was mentioned, I can’t recommend Matherson’s I Am Legend enough…its pretty much THE ‘last man standing’ story. Its the story on which they based the classic 70s Heston flick Omega Man. Though its a different story. There’s also a Vincent Price film version, but unfortunately i’ve yet to see it.

I think I’m going to wait for a few more posts, and print out this thread and take it to Barnes and Nobles with me.

I’m in a book-reading mood. Hopefully it lasts long enough to get through a few books.[/quote]

Interested in a book about the story of the man that started the legend? I’ll bring the book in tomorrow, I’m actually a decendant of Vlad III. Cool history.

if you can find it read “The Book of Common Dread” it’s an iteresting take on vampires.

I second the “Necroscope” series by Lumley, “I am Legend” is a classic, and “The Dresden Files” (Butcher) are fun, light reading.

I disagree with the poster who suggested the Anita Blake books (by Laurell k Hamilton), they are somewhat decent at the beggining, but they eventually just become bad semi-pornographic stories. I like a little sex in my books, but damn that women is obsessed (her other books about faeries are even worse).

There seems to be an obsession with (mostly female) writers in the ‘vampire genre’ with effeminate, bisexual (or just gay) vampire sex. I don’t know where this comes from, but I prefer the vampire as true monster much better then the vampire as sexy, misunderstood type.