I was reading an article on the “Rich Jerk” website and it really
hit home. So I decided to post it up here in hope of changing the way people feel about money and making money. “The Get a life thread”, is usually a waste a time( I still enjoy being here cause I have no life) But this article is no waste of time and everybody
must read it. Enjoy!

You know how I can always spot the losers from the winners? Its simple really - the losers always focus and obsess about the WRONG CRAP, and the winners are always focused on the RIGHT CRAP. So what separates the two is a bunch of crap!

I get emails DAILY from people complaining about how they donï¿½??t have any money.

ï¿½??Waaaa! Iï¿½??m not rich! Waaaaaaa! I have no money! The economy is bad! Rich people are out to screw me! Evil Corporations should be taxed so they can pay my wellfare! Waaaaaaaaaaaaaa!!!ï¿½??

I fart in the general direction of people like these. Not because they are whiny little snots - no sir. 90% of the worldï¿½??s population are whiny snots. But because these types of people just donï¿½??t GET IT. And they never will. So itï¿½??s really a waste of my valuable time to deal with them. (Seriously, I could be doing more important stuff like eating pop tarts or watching late-night Cinemax.)

What is it that these losers donï¿½??t get that rich people do? Well, to put it bluntly, itï¿½??s a mindset. Look at me for instance - I am filthy, stinking rich. Seriously. I can wipe my butt with $100 dollar bills and flush them down the toilet. Thatï¿½??s how much money I rake in. But for good olï¿½?? RJ, itï¿½??s never BEEN about the money.

When I was a poor homeless loser living on the streets, if I had focused on what I wanted, Iï¿½??d probably still be there. You gotta understand that what YOU NEED is immaterial. (yes, I just used the word ï¿½??immaterial.ï¿½?? Watching PBS is starting to pay off.)

In business, you always need more money. Thatï¿½??s the whole point of business! To make money. Lots of it. Gobs of it. And you know what? Thereï¿½??s nothing wrong with that! But understand that money is a by-product of SUCCESS.

BYPRODUCT OF SUCCESS!!! REMEMBER THAT!!!

Money follows the successful. Now what does that mean? Well - making money doesnï¿½??t mean youï¿½??ve succeeded. It just means youï¿½??ve made money. But succeeding attracts money TO YOU. Constantly. And the more you succeed, the more money comes your way.

So back in the day when I was like most of you reading this, I didnï¿½??t worry about making money. I worried about succeeding.

Which begs the question - what does it mean to be successful? Well, to put it bluntly, being successful means you are helping someone else achieve what they desire.

When you get a promotion at your job, itï¿½??s not because you wanted a promotion to make more money. It was because your boss GOT SOMETHING of value from you - your hard work, skills, and expertise - and wants to reward you so you will continue to give him the value he wants!

When it comes to running your own business, people donï¿½??t care if you want money. They care about what THEY want. And if you can give them what THEY want, theyï¿½??ll give you money for it!

This is where your focus comes in.

See - I was a multi-millionaire before I started the Rich Jerk company. And because I made a lot of money, I always had wannabes coming up and asking me how I did it. And I figured ï¿½??Hey, if I can help people become rich, maybe theyï¿½??ll give me some money!ï¿½?? And low and behold - it worked!

Itï¿½??s always been that way. Even back when I was doing the ï¿½??get out of debtï¿½?? thing, I was HELPING people achieve something of value to THEM. Thatï¿½??s why I succeeded, because I was helping other people to succeed.

The only thing people care about is what you can do for THEM.

A lot of people think going into business for yourself is about freedom. But itï¿½??s not. You always have a master to serve - and if itï¿½??s not a boss, itï¿½??s your customers. If you donï¿½??t know how to serve your customers, you will never succeed, because success is all about helping out people OTHER THAN YOU and having them reciprocate by giving you money.

THAT is business, my friends.

I have a billion people out there promoting my course. But to 99% of these affiliates, they are just promoting the Rich Jerk because they are trying to make themselves money.

But their focus is off. And thatï¿½??s why they are failing.

If they just shifted their focus and asked themselves - ï¿½??who can I give this information to in order to help them make money,ï¿½?? and ï¿½??what else can I do to help other people succeed?ï¿½?? they would be much more successful.

Remember - youï¿½??re goal as a business person is not to become rich. Itï¿½??s to meet a need other people have. If people want something, you have to be the one to give it to them. When you become their supplier of that need - you get money!

Other peopleï¿½??s success = your success.

The more you help others, the more money they want to give you. Now quit yer whininï¿½?? and start helping people, damn it!!!

Iï¿½??m going back to my pop tarts and cinemax.

Whats up with those symbols and extra “?s” Oh well, just ignore them.

[quote]nomorewar wrote:
Whats up with those symbols and extra “?s” Oh well, just ignore them. [/quote]

I believe that happens when you use certain word programs

Ha, that was great. I guess everybody is better than me because I have Zeroooooooo money.

Geez…don’t they teach these idiots their own language in schools? 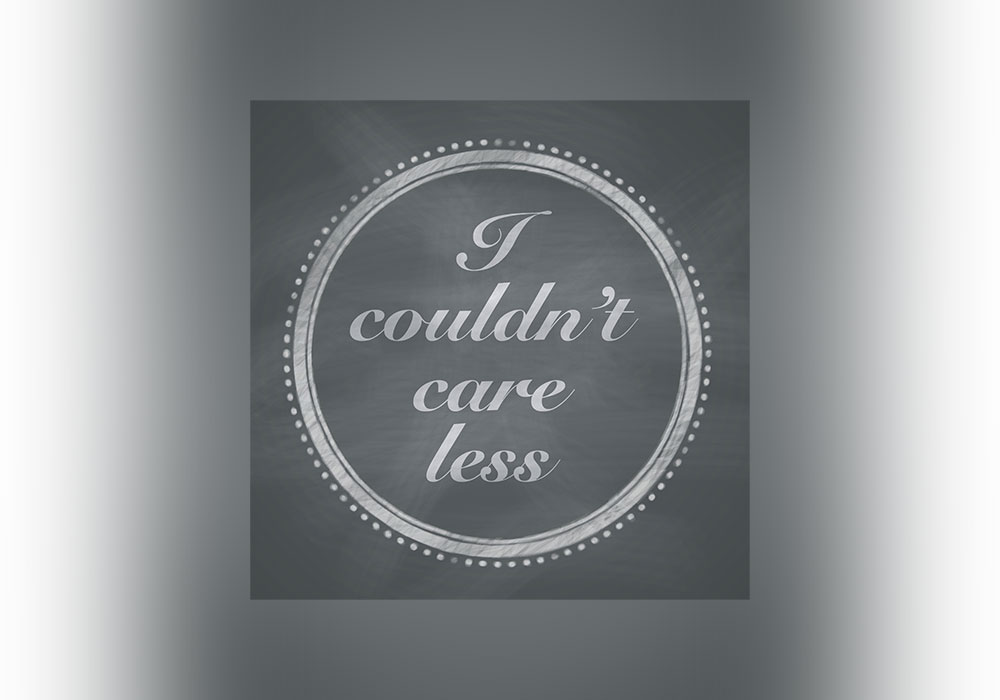 Caring About Whether You Couldn't Care Less - Everything After Z by...

When you want to colloquially express that you don’t care at all about something, you might say “I couldn’t care less.” This phrase first popped up in British English at the turn of the 20th century and is still popular today. In the 1960s, a...

[quote]lixy wrote:
Geez…don’t they teach these idiots their own language in schools?

Are you seriously so stupid you don’t recognize using colloquial language for marketing purposes?

Caring About Whether You Couldn't Care Less - Everything After Z by...

When you want to colloquially express that you don’t care at all about something, you might say “I couldn’t care less.” This phrase first popped up in British English at the turn of the 20th century and is still popular today. In the 1960s, a...

Are you seriously so stupid you don’t recognize using colloquial language for marketing purposes?[/quote]

Well, I could live with politicians saying nu-Q-lar and giving the impression of being retarded. But the web is already full of crap, and I, for one, filter based on grammar and spelling. I use colloquial phrases all the time. I enjoy reading clever uses of it (if you read French, I warmly recommend F. Dard). I have nothing against evolving languages. But this idiotic piece is simply a pain to read.

If you think it’s on purpose and we should endure more of this in the future, then shoot me now.