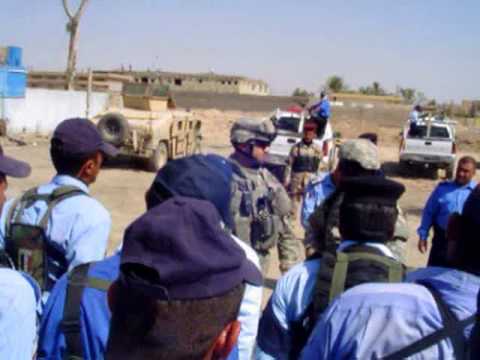 According to Fox news: “The video was shot at least six to eight months ago, according to Maj. Hunter Holliday of the Multinational Force Iraq Media Operations Center. It features a U.S. soldier who begins what seems like a routine training speech for a squad of Iraqi troops. But the volume, pace and sharpness of the soldier?s voice escalates considerably in what becomes a more-than-five-minute lecture – or tirade, depending on one?s point of view – on his many issues with the Iraqis? non-performance.”

Loved it - I’d fight by him any day of the week.