I need some clarification. I just bought a new laptop with Vista preinstalled and would like to erase the hard drive, with DBAN Boot n Nuke or WipeDrive, and install a copy of XP.

I would already have done (attempted?) it except for I apparently can’t get the laptop to boot from the disk drive even tho I’ve set up BIOS the way it should be in order to do that. That’s not the issue though, since I think I can solve that by burning DBAN or WIpe Drive onto a CD-R on a PC (and not a CD-RW burned on a MAC like I have now).

The question I have is this: at Best Buy, the guys at the Geek Squad told me I cannot do this, since all the hardware on the laptop is new and none of the drivers on XP will work with it, in fact the drivers will not even have an XP version.

Is this true? I really don’t want to use Vista. Advice is appreciated. 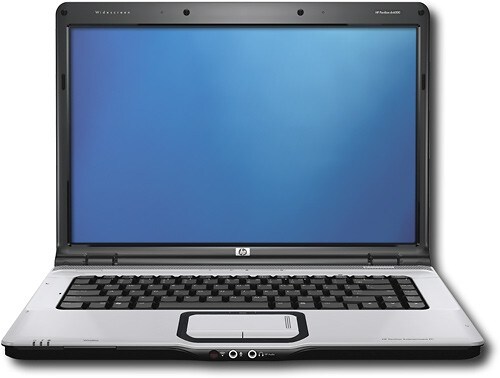 No drivers for XP? Riiiiight.

Any hardware manufacturer who puts out a device with no drivers for XP is cutting himself out of over 90% of the market. It ain’t gonna happen anytime soon.

Most companies aren’t touching Vista until at least SP1 and maybe SP2. You want to sell to large businesses? You support XP.

My advice would be: go for it.

Your biggest stumbling block will be video and audio drivers. With that said, they are obtainable.

Here is a link for the video drivers,
http://downloads.guru3d.com/download.php?det=1116

I believe you may have to make changes to the bios also.

I did a Goggle search and there is a lot of info out there about this.

Don’t really blame you for not wanting to use ME-2, er I mean Vista.

Absolute bull as far as I’m concerned, I have a dv6000 amd as well (abeit a few months old), and use both OS’s on it.

Check these links as they look to provide XP drivers from HP direct:

Often they sell you a PC with the OS preinstalled and it will recognize only that one installation CD, in your case with Vista.
This is theorically to prevent pircay (don’t ask me how/why).
Make the CD bootable and set the BIOS, set the BIOS to boot from CDrom.

And by the way : I’d stay away from Vista at least until SP1 and you need to have a very powerful PC.

Thanks everyone for the clarification especially Pookie - as always you da man when it comes to tech questions!

I’ve been car shopping the last couple of days (looks like I’m getting a fully-loaded GTI) so I prob won’t get around to it until the weekend.

Geek Squad is funny. Oh and they are liars.

Here is the 6000 line of drivers. Should work just fine.

[quote]Sonny S wrote:
Thanks everyone for the clarification especially Pookie - as always you da man when it comes to tech questions![/quote]

No fair man. Everyone else did the boring work of digging up for you the URLs of the driver’s location and you thank me.

Not that I don’t appreciate it, but I think you’ll find those URLs come in pretty handy this coming weekend.