UKIP Leader: Get Money Out of Spain NOW!! 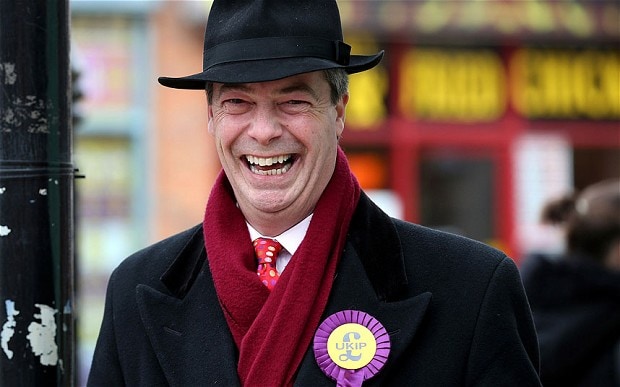 Ukip urges Brits to withdraw their money from Spanish banks

Nigel Farage has urged British expatriates in Spain to pull their money out of the country’s banks.

"The UK Independence Party leader said that the European Union had â??crossed a lineâ?? by trying to extract funds from savers under the terms of the abandoned Cypriot bail-out.

Mr Farage said: â??Even I didnâ??t think that they would stoop to actually stealing money from peopleâ??s bank accounts.

â??There is going to be a big flight of money and that flight of money wonâ??t just be from Cyprus, it will be from the other eurozone countries, too. There are 750,000 British people who own properties, or who live, many of them in retirement, down in Spain.

â??Now that we see the EU are prepared to resort to anything to keep alive their failing euro project, our advice to expats living down in the Mediterranean must be, 'Get your money out of there while youâ??ve still got a chanceâ??.â??

The Great Collapse of the fiat money Ponzi scheme gets ever-closer.