Two things have occurred this week. I take Doxepin 50mg 1x/day at night for sleep. This week it was dropped to 25mg 1x/day at night. I have also noticed a notable drop in libido, energy and it’s difficult to finish during sex. I also picked up a summer cold(runny nose, sore throat ect…bs) a week ago and it’s improving.

Any insight here would be appreciated, obviously my internist is clueless!

I’m not sure if the data you’re inquiring about exists. It’s likely that any insight you receive on this will be anecdotal.

It’s also likely that in order to verify this, you’d have to run a few sets of labs/blood work with data points of you taking the antihistamine as well as being off of it.

What’s more likely happening, is the summer cold has affected your libido. Libido is MUCH more complicated than just T/FT and e2 levels…it’s quite codependent on neurotransmitters, specifically dopamine, which can easily be hindered by getting a virus/being sick.

A quick google search did turn this up:

Question of the day: what common classs of drugs a) activates estrogen receptors, b) can increase appeitite, c) lowers acetylcholine, d) is (controversially) linked to male birth defects and e) stimulates (and potentially desensitizes) dopamine receptors? If you guessed antihistamines, you would be exactly right. If you’re like me, you didn’t read the fine print, eh?

I was alerted to the estrogen-like properties from one of my forum moderators at the time. He wrote:

“Anyone have negative experiences with antihistamines, especially loratadine? Because I’m putting the pieces together that my recent bad feelings on TRT is either due to allergies (perhaps causing more stress on already likely depleted adrenals), or allergy medication (loratadine). I’ve seen this somewhat frightening study (‘Loratadine exerts estrogen-like effects and disrupts penile development in the mouse’), and it’s not much of a leap to humans here. My guess is L caused an increase in estrogen, leading to my typical response: brain fog, fatigue, bad sleep, ED. Just a word to the wise.”" [1]

“The adjusted odds ratio (OR) for hypospadias among users of loratadine relative to non-users was 1.4 (95% CI: 0.2-11.2) and the corresponding OR for other antihistamines was 1.9 (95% CI: 0.7-5.7). In this study, maternal exposure to loratadine did not appear to be associated with an increased risk of hypospadias when compared with other antihistamines, although it should be noted that the statistical precision of the risk estimates might be limited.” [2]

The authors were very cautious in their assessment in my opinion. Basically, they found a 40% increase with Claritin (loratidine) and 90% with other antihistamines. If you accept that at face value, not only are antihistamines esrogenic, but they can have a clincially negative effect in our littlest boys.

NOTE: Two years later another study was published about Claritin and found “only” a 27% increase is risk. The authors did not consider it statistically significant. [3]

CAN ANTIHISTAMINES INCREASE ESTROGEN / ESTRADIOL LEVELS? Note that the above studies do not support the idea that loratidine or other antihistamines increase actual plasma estradiol levels. Basically, these drugs increase estrogen-like effects though: your body reacts as if you had more estrogen / estradiol floating around.

That said, I would argue that they can and do definitely raise estradiol levels and the long term in a solid percentage of regular users. How? Antihistamines essentially take the brakes off of your appetite and so you put on weight. And every pound of weight that you add on increases aromatase, which in turn converts more of your testosterone to estradiol. So you could effectively end up with less testosterone and more estradiol, something I discuss in my page on Testosterone and Weight Loss.

Need some proof of the above? Check out the study results here:

Why does this happen? It turns out that histamine reduces weight gain and appetite. [5] Again, antihistamines take the brakes off of one of the body’s natural appetite suppressants. And good luck with that in Western societies where we are drowning in food and calories!

CAUTION: The old school antihistamines, such as Benadryl, are in a class of drugs called anticholinergics. Several men on The Peak Testosterone Forum have taken these as a sleep aide. This is very risky in my opinion as these medications have been inked to an increased risk of dementia in seniors. This makes sense because acetylcholine is the memory neurotransmitter. (Acetylcholine also plays a role in erections and endothelial function.)

CONCLUSION: Now, anyone who has read my site knows what I am going to say next: instead of taking antihistamines, why not clean up your diet? True story: I was constantly plagued with allergies as a young man and young adult. I was on allergy shots for years and took antihistamines like candy. I would guess that I have easily taken several thousand pills of the stuff in the first part of my life. Furthermore, I used to be plagued with sinus infections, flus and colds - I was constantly sick.

Then something miraculous happened: I went on a whole foods, low fat, largely (at the time flexitarian) plant based diet in my late 40’s - now I am entirely plant based - and all my allergies went away. I had one particularly strong allergy to bermuda grass. If went into a park with bermuda, I would be coughing that night. This completely went away.

Remember: whole plant foods are PACKED with antiinflammatories and antioxidants. They also with a couple of exceptions (such as B12) have an excellent nutrient profile. And, most importantly, whole plant foods are PACKED with fiber - you know, the kind that your colon and your gut flora love and thrive in. The gut is ground zero for immunity, so I am not the least bit surprised myself.

Some of you will not believe me - I can scarcely believe it myself - but I never get colds or flus. I have now not had one cold or flu in the last two seasons for example. (I avoid wheat and soy myself. I feel like I feel better leaving those out.)

Anyway, not trying to offend anyone - just passing along what worked for me.

I ran across this as well:

Trying decipher the endocrine feeback loop, it isn’t completely making sense. My E2 was half the last lab reports when I started TRT, so if it’s being suppressed now might explain the return of lost libido even though T has risen…hypothetically…guess blood work in the current state might shed some light… 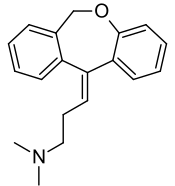 Doxepin is a medication used to treat major depressive disorder, anxiety disorders, chronic hives, and insomnia. For hives it is a less preferred alternative to antihistamines. It has a mild to moderate benefit for sleeping problems. It is used as a cream for itchiness due to atopic dermatitis or lichen simplex chronicus. Common side effects include sleepiness, dry mouth, constipation, nausea, and blurry vision. Serious side effects may include increased risk of suicide in those under the age of...

Trazodone 50mg could be tried for sleep. Comes in a 150mg tab that can split to 50 or 75mg. Also time release melatonin, must be time release. Do not use fast release because it will wake you up as it wears off as falling melatonin is the mechanism of waking up.

Been on doxepin for over a decade, was just trying to cut back on the dosage to get back to the 10mg precribed by many years ago. Wasn’t expecting this kind of response. Taking no meds for the cold other than occassional Advil. Just seems out of sorts that a cold only would affect libido/sex, and testicle ache. Energy level is down but I’ll attribute that to a cold.

Had thyroid bloodwork done yesterday, will probably be back with those results to see if there are any pearls of wisdom.

Have you heard of histamine affect on E2 and seeing an effect on T?

Have you heard of histamine affect on E2 and seeing an effect on T?

Never, but I am not surprised that there are negative effects with long term use. I think that you need a different drug, so I made suggestions.