Top Gear: A Show About Cars

I am genuinely disappointed here. Partly with myself and partly with the car guys on this site. (If you don’t like cars and claim to be male than you’ve caught teh ghey.)

We have topics ranging from sex, to marriage, to nutrition, to whatever else we can conjure to think of but we don’t have a topic on one of the best shows on television?

Top Gear is a Emmy award winning British television show about cars; super ones, nice ones, shitty ones, what-have-you. No further ado. 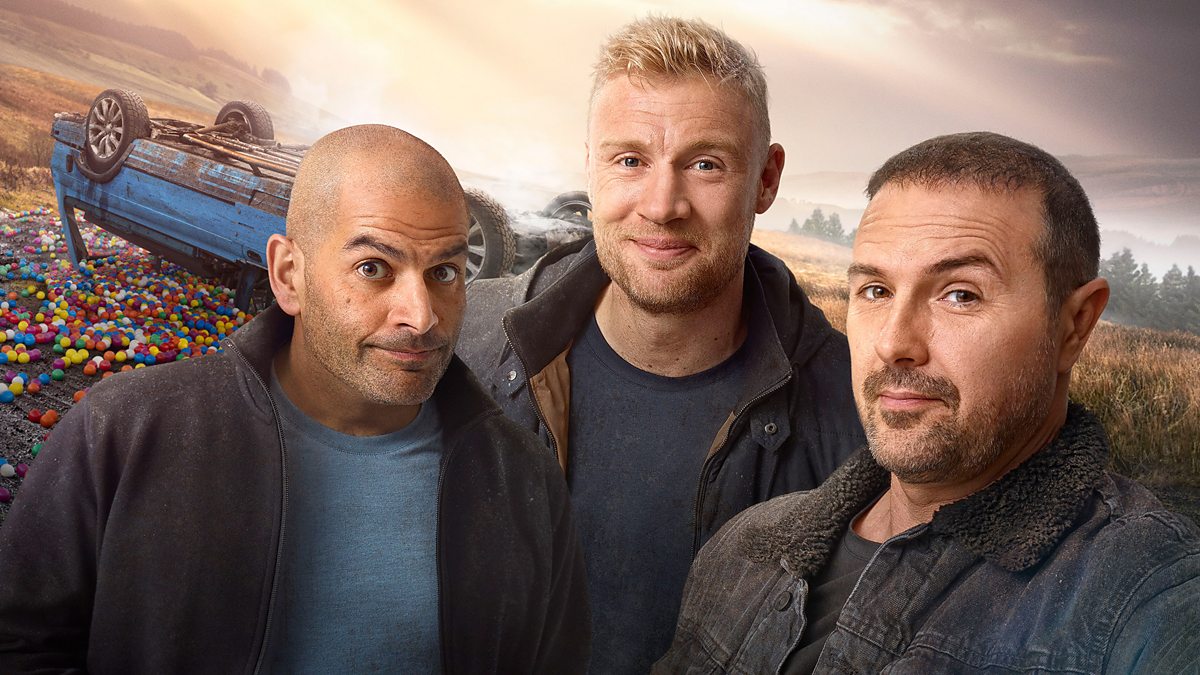 The Stig owns your soul.

They are just about to start showing an Australian version of Top Gear.

I think I can say quite confidently that it will suck balls compared to the British version.

I heard they were working on a U.S. version with like Ashton Kuther or some shit as the host… it’s going to have a bigger budget and suck.
Then, MTV is going to buy the show and turn it into Cribs: DUB Edition.

Top Gear for SNES was awesome.

that being said, if I had TV I’d watch it.

I just bought a '91 Mustang 5.0 after driving a Civic for the past 2 yrs (still have it), it’s nice to have my balls back

that being said, if I had TV I’d watch it.

your thinking of fifth gear.

Top Gear is an amazing show - they’re bringing over a US version with 3 new hosts, which more then likely means it’ll be not as good.

I still get a laugh out of the episode when they almost get lynched driving through Alabama.

Anyone see the episode “How to Kill a Toyota?”

[quote]Big_Boss wrote:
I still get a laugh out of the episode when they almost get lynched driving through Alabama.[/quote]

I love Jeremy’s cracks about Americans. There was an episode where they were talking about a car who’s new model was like 450 lbs lighter than the previous to which Jeremy replied: “That almost a medium sized American girl!” I rofl’d.

It’s a great show, but the hosts aren’t particularly the T-Nation type. Maybe that’s why it isn’t discussed much here. Or maybe because it’s on BBC America, so only few people watch it.

[quote]yorik wrote:
It’s a great show, but the hosts aren’t particularly the T-Nation type. Maybe that’s why it isn’t discussed much here. Or maybe because it’s on BBC America, so only few people watch it.[/quote]

I disagree. I think Jeremy Clarkson is a perfect T-bloke.

And I don’t get what it being on BBC America would be deterring about it. Is it the fact that BBC is actually a good channel and that Americans only like bad television?

Host candidates for the American Series.

Adam Carolla should NOT host the analog of a car show like Top Gear. Come on.

Does he strike you as a car enthusiast? Not to me he doesn’t. He has zero conviction in general.

I recently saw an episode (old one) where they were ‘previewing’ the nissan murano; the US version.

I died laughing when they said something like: “this back seat here is plenty spacious, big enough to fit 2 or more of those burger-munching blonde californians”

I only laughed because i did not fit into any of those 3 categories. lol. stupid fat americans.

Top Gear is one of the funniest shows on TV. Any attempt to recreate it, either in America, Austrialia or ANYWHERE else will suck monkey balls.