Give me your suggestions please.

While I love the vast amount of information readily accessible on the keyboard, I need something I can take anywhere.

I think it’s hard to find good books just covering bodybuilding. Many of the books in my collection could be considered bodybuilding in the fact that they cover basic muscle building routines and information, but they are not necessarily geared toward someone actually wanting to train like a bodybuilder or with aspirations to compete.

However, one of the best books I’ve found that covers bodybuilding is Christian Thibaudeau’s Jekyl and Hyde Body Transformation book. Also, he has a new book that is supposed to be even more geared toward building maximum muscle. So those two may be your best bet.

The Poliquin Principles is a classic, but it didn’t cover as much as I had hoped (not very many bodybuilding routines listed).

Otherwise, most of the other books I have talk about training “movements” and not “bodyparts.” Although I agree with them to a certain extent, I also disagree that by not focusing on smaller muscle groups (arms, shoulders, calves) or by avoiding isolation exercises you will build an unbalanced physique.

But I do recommend many other books that I think are fantastic for overall muscle gain including Alwyn Cosgrove’s “The New Rules of Lifting,” John Berardi’s “Metabolism Advantage” and “Scrawny to Brawny,” Charles Staley’s “Escalating Density Training” and several others.

The Aasgaard Company publishes and distributes books and other media that promote the application of exercise science to training and conditioning. 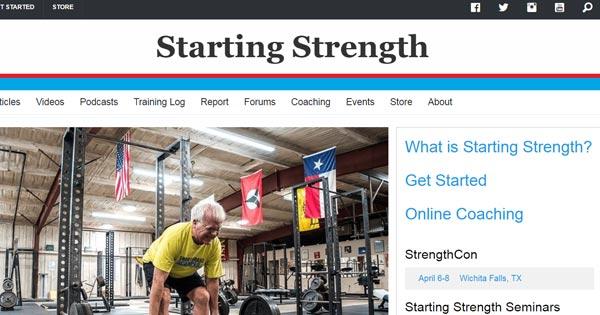 Then pick anything else that people suggest.

I have most books available including the old stuff from the 30s etc… and honestly think Practical Programming is the absolute must read for all people if only to educate them so they don’t talk crap for years and waste time doing junk training. It’s a new book but it would be a different world if it was out 30 years ago.

Starting Strength is a good tutorial on how to perform the big lifts, will save you injury.

Well, I think there are so many books it will be hard to choose. First off get a 3" binder and print out articles from this website. You could be together a pretty good bodybuilding book just doing that.

I’ll answer this as if the question was: if you could pick three books that are the most influential and representative of the way you train, what would they be?

The New Encylopedia of Modern Bodybuilding by Ahnuld, it’s required reading, even if the programs in it are a little high volume.