Too Much Glucose = Increased Urine Frequency

I have noticed that I’m waking up to use the toilet sometimes twice a night after working out in the evenings, during day time workouts is less of an issue because my sleep isnt disturbed.

Before and after my workouts I have 30g of dextrose, 30g of maltodextin and 30g of whey. This is done to elicit a big insulin response alongside the protein as well as to have some fuel for the workout. I’m sure it isn’t too dissimilar to what a lot of you are doing.

My concern is that the blood glucose level stays elevated for too long post workout this results in the osmotic pressure of the urine changing so as to prevent the reabsorption of water by the kidney. This causes me to be dehydrated and my urine to be too high in water content and then I need to take a leak too often.

So there is my logic, now what should I do? Is that much glucose really that bad? Should I cut out the maltodextrin and go straight dextrose?

I just figure that the body has anti-diuretic mechanisms active in times of high activity, as a safety switch for dehydration.

After an hour of rest or so, the anti-diuretic mechanism goes away and BAM pissing time.

That’s my logic, methinks you’re panicking over nothing.

[quote]silverhydra wrote:
I just figure that the body has anti-diuretic mechanisms active in times of high activity, as a safety switch for dehydration.

After an hour of rest or so, the anti-diuretic mechanism goes away and BAM pissing time.

X2, calm down, you’ll be fine. Pissing time is happening because your taking in large amounts of liquid before/during/after your workouts. Just workout earlier if you don’t want to be waking up.

The elevated glucose won’t be a problem unless it’s chronic; all day, every day for a while. If you’re really worried get yourself a glucose meter.

100% of the glucose in the blood is reabsorbed in the kidney and none of it is excreted. If some is being excreted then you probably have diabetes. If anything water would follow the glucose back into your body and not in the urine. So don’t worry about the carbs. Like the others have said though, if you don’t want to pee don’t drink so much water (especially in a short period of time). 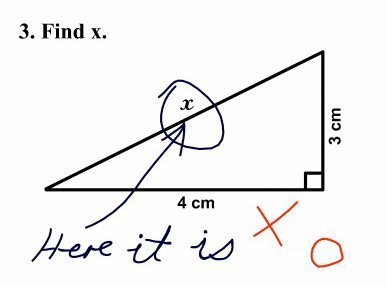 Dont over think it homeboy. Shit dont have to be complicated at all.

[quote]ajweins wrote:
100% of the glucose in the blood is reabsorbed in the kidney and none of it is excreted. [/quote]

[quote]yorik wrote:
ajweins wrote:
100% of the glucose in the blood is reabsorbed in the kidney and none of it is excreted.

Sorry, just a fancy way of saying that under normal conditions you will never pee out any glucose. I think the OP alluded to that being a possibility.

[quote]yorik wrote:
ajweins wrote:
100% of the glucose in the blood is reabsorbed in the kidney and none of it is excreted.

What you refer to is called osmotic diuresis

Diuresis (/ˌdaɪjʊˈriːsɪs/) is increased urination (polyuria) or, in the related word senses more often intended, the physiological process that produces such an increase or the administration of medications to encourage that process. It involves extra urine production in the kidneys as part of the body's homeostatic maintenance of fluid balance. In healthy people, the drinking of extra water produces mild diuresis to maintain the body water balance. Many people with health issues, such as heart ...

As stated before it won’t happen unless you are beginning a type I or II diabetes, in which, your increase urination would also be accompanied by increased thirst, hunger, significant weight loss, blurred vision and fatigue. You would also likely have familial history of early diabetes.

If you are a healthy, lean adult, you can eat all the sugar you want and your blood suger might not even move out of the normal range (about 4 to 6) because your pancreas will always secrete insulin in proportion and you are insulin sensitive as well.

Increased urination at night is most likely the consequence of drinking a lot during your evenning workout.

Since your awake to take a piss anyway, Why not take advantage of the situation and pop a few BCAAs and a small protein drink. There are positive sides to this

Let me start by saying that Im just going to take the drinks a little earlier with less water and workout earlier. After reading a bit more about it having glucose in your urine is not a health problem in itself but the side effect of increased peeing can be annoying.

So with 6 litres of blood as in the average human body, gives you decilitres times 180/1000 is 10.8grams of glucose in the blood is needed to exceed the renal threshold. The normal level is about 90mg/dl which is 5.4grams. So you increase your intake of glucose by 120grams in an hour, you only need 5g of that 120g to stay in the blood stream to be exceeding your renal threshold.

When there is excess glucose, (or any other molecules) the osmotic pressure of the fluid increases. Meaning less water can be reabsorbed. So there is more urine.

The point was that if you have no insulin resistance (ie, aren’t diabetic or pre-diabetic/fat/old), your blood sugar will never reach 10,8, no matter how much sugar you eat.

[quote]CPerfringens wrote:
The point was that if you have no insulin resistance (ie, aren’t diabetic or pre-diabetic/fat/old), your blood sugar will never reach 10,8, no matter how much sugar you eat. [/quote]

You are correct in that water is attracted to glucose, however your understanding of nephron tubule re absorption/secretion is incorrect.
All the glucose that passes through as glomerular filtrate will be reabsorbed into the blood stream, serving to retain water as opposed to causing an osmotic diuresis. The only situation in which glucose would be excreted within the urine is if you suffer from diabetes. If you were to try a low-carbohydrate high protein diet, you’ll find that you urinate -even more- than if you continue to consume carbohydrates