For those that missed it 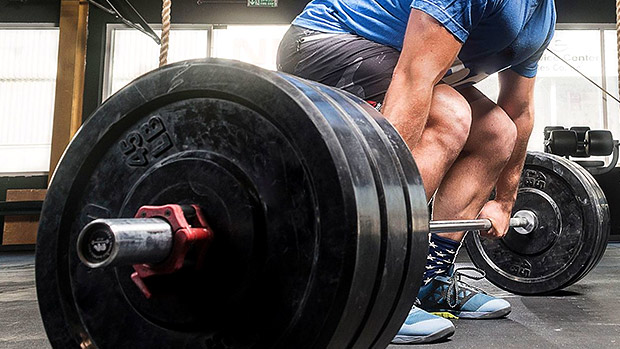 All those benefits people think they're getting from high-rep deads? They're not. But there is something you can do to make those gains.

Let me start off by saying that I think deadlifts aren’t a great movement for many folks from the perspective of building muscle. Since it hits everything, it makes it hard to use for any sort of specific musclebuilding purpose. I’ve often said that you develop big muscles TO deadlift, rather than develop big muscles FROM deadlifting.

However, the high rep deadlift is an incredibly effective tool for developing all sorts of tremendous qualities that benefit an athlete, with pain/misery tolerance at the forefront, along with ability to hold a sustained brace and power through a LOT of fatigue. High rep deadlifts will turn you into something greater.

But some other silly things from the article

“Deadlifts involve more axial/spinal loading than any other lift”

Did we somehow forget about the yoke walk?

“There’s no stretch reflex. Since deadlifts start from a dead stop, the nervous system is forced to fire on all cylinders at the beginning of each and every rep.”

Is there not touch and go? And even if not, do we ignore that there IS still a stretch reflex even in deadstop reps until you take a VERY prolonged break between reps, at which point you are no longer doing high rep deadlifts, but instead just a series of singles? And most likely, if you are doing that, it’s because your conditioning is garbage, and you can fix that with some high rep deadlifts.

“On top of hammering the entire posterior chain, deadlifts challenge grip strength more than any other lift.” Are there not straps? And wouldn’t you use them for a high rep deadlift set?

This is most likely because you’re just dropping the deadlift from the top. Hey, remember when we discussed touch and go earlier? THERE’S your eccentric. Control the rep and suddenly it’s brutal.

“Add in the laundry list of cues that accompany the deadlift – chest up, back flat, armpits over bar, neutral neck, vertical shins, etc. – and things get more complicated.”

Oh cool, something I’ve seen saying all along: drop all the dumb cues. It’s a deadlift. Hinge at your hips.

These are the results of avoiding high rep deadlifts 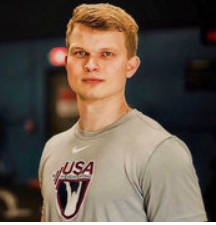 Let us, instead, celebrate the benefits of the high rep deadlift, so you may, one day, moonwalk as I do. 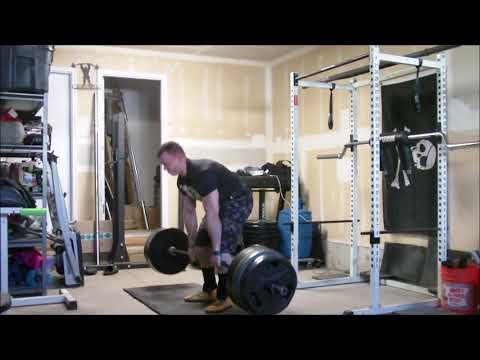 I’ve always felt I use too much mid back and 0 hamstrings with deadlifts.

Strap up and do high rep, stiff leg, deficit deads. Maybe I would’ve bought into the article before trying this but the last 2 months of this has given me more hamstrings DOMS/mind muscle connection than anything else I’ve tried

Strap up and do high rep, stiff leg, deficit deads.

For a super bonus, use an axle. Deficit axle deads have been a big part of my recent training cycle. The lack of flex is awful, along with having the weight slightly out in front of you.

The lack of flex shouldn’t be a problem as the weights I use are too light for that anyway. There is an axle at the gym I go to on the weekends, may have to give it a go

I just don’t get the point of these articles. Most people won’t do high rep DL’s in the first place, or even any DL’s at all, and most serious people on T-Nation probably aren’t actually doing them but don’t really care if some other fellow big, strong lifter does them. It just seems like, what’s the point of writing this? At least for this platform.

That is one sick set of deadlifting dude. How often do you train like that?

But that’s why more people SHOULD do them: to make you more awesome.

I would do a set like that once a week, with a deload on the 7th week, under that training approach. My current one uses a more max-effort style ala Westside, which doesn’t permit for as many repfests.

You compete in strongman as well correct? I know often times deadlift events are max reps.

I agree with you on all your points. High rep deads put serious chest on your hair. I think these articles are useless. I could pick a lift, any lift, and give you a million reasons why you shouldn’t do it.

You compete in strongman as well correct? I know often times deadlift events are max reps.

Yeah, although I used them when I competed in powerlifting as well. They’re just good for you, haha.

take a VERY prolonged break between re

How long is very long? More than a few breaths?

Quotes and estimates vary on how long the stretch reflex lasts between reps on the deadlift. Louie Simmons has quoted 4 seconds on the box squat.

That said, a few breaths is already taking a decent break. Think of it for any other lift. Placing the bar on the floor for a deadlift is “racking” the bar. Would you consider a bench or squat set to be a set if you racked the bar and took a few breaths between a rep? Traditionally, one has to take their breaths under load in those exercises. For deads, I find the same rule should apply: breathe at the top, under load. If it’s deadstop, bring it down, let it go dead, then pick it up again.

This article seems like such bullshit after point 1. I agree somewhat with his first point… but if you compete in strongman you have deadlift for rep events which kind of means you’ve got to train for high rep ranges.

EDIT- Just to clarify, when working with younger or more novice athletes, I have a preference for lower reps just because I want to make sure every rep is improving. That’s not a hard and fast “everyone should do this” as much as it is my preference which I say is right for me.

What I really don’t get is who said axial loading is bad. It seems like most of the PhD guys say that axial loading of the spine in training causes adaptation in bone density and soft tissue density resulting in healthier bones and tissues. You’re training to elicit a training response. That’s a training stimulus.

I’m just a goon, not a competitor or anything resembling a bodybuilder. High-rep touch-and go deadlifts were always the most overall work I ever did in a set. It’s a different kind of grueling than high rep squats. I’d feel it in my bones more, if that makes sense.

I don’t know how much credit to give high rep touch-and-go deadlifts to my traps, my back or to my overall strength and muscle, but they sure as hell worked well in conjunction with everything else I was doing.

but if you compete in strongman you have deadlift for rep events which kind of means you’ve got to train for high rep ranges.

I feel like more folks need to be made aware that strongman is a thing so that they don’t put their foot in their mouths. People act like no one does high rep deadlifts, when there’s a whole sport about it. You get dumb comments about the deadlift being the lift with the MOST weight on it, once again ignoring that the yoke is totally a thing. Folks will say that you should never lift with a rounded back, ignoring that stone lifting is a thing, etc.

High-rep touch-and go deadlifts were always the most overall work I ever did in a set. It’s a different kind of grueling than high rep squats. I’d feel it in my bones more, if that makes sense.

Going between 10x10 squats and 10x10 deads, I’d always say that the squats killed my body, but the deads killed my soul. I’d limp for 6 days after the squat, whereas I’d just be exhausted for days after the dead but couldn’t point to anything actually hurting.

And I’ve NEVER had the controls reversed on my body after a high rep squat set, haha.

I honestly don’t know how anyone could write for T-Nation and not realize that high-rep deadlifting is an integral part of a sport, but apparently there’s at least one.

I honestly think Crossfit is to blame though and has left such a bad taste in so many people’s mouths that they’re more than willing to trash anything they do without ever really considering whether it’s a shitty thing to do or does it just get done a shitty way in Crossfit boxes around the world.

High rep squats were more physically debilitating in terms of movement and muscle soreness for me as well. I ranged between 5 and 20 reps, but never tried 10x10. That sounds terrible.

Deadlifts didn’t make me nearly as sore in the muscles, but it just took a lot out of me. I know my bones were fine, but it was just a deep feeling of… work, I guess. I kind of miss that feeling. I always slept so well for the next night or two.

I’ve been thinking about possibly giving some consideration to lifting barbells again. I know it is medicine I need, but I got home mats so I worked on shots across the mats, walk-around drill and slow, controlled bridging instead of walking up to a barbell and beasting out a set of heavy deadlifts.

And I’ve NEVER had the controls reversed on my body after a high rep squat set, haha.

I don’t know if I had it as bad as you did there. The worst I remember is just plopping down on the floor afterwards and staying there for a couple of minutes.

@pookie79 It’s funny too, because strongman was definitely setting new lows in form before Crossfit came out. It was necessary since the implements were awkward and first encounters for many. And even then, there’s still the continental, which is the best way to get the axle to your rack position and it’s STILL awful, haha.

@twojarslave Plopping on the floor was always a good plan until you have to figure out how to get back up again.

Anytime I did higher rep deadlifts, my 1rm in the deadlift went up. I’m a fan of them. The key is to use moderate weight 60-70%ish.

Yeah, although I used them when I competed in powerlifting as well. They’re just good for you, haha.
[/quote]

Yeah I’ve never competed in strong, although I love the sport, but when competing in powerlifting amrap TNg drop sets were common. To me it was kinda the staple of the day. The heavier straight sets were a walk in the park compared to that last set.