Today At The Gym

There was an older guy (65ish), looks like a marathon runner, doing cardio on the elipictal. I look over a few minutes later and see him unpacking a new dress shirt, while doing cardio…hahaha…he unwarps it from the packaging, pulls out the little plastic collar, all the pins etc, then trys it on over his sweaty tank top. He takes it off, folds it, then puts it in a plastic bag that he’s holding with his teeth all the time still on the machine.

Why do you assume doctors know better?

Docs get a disturbingly low amount of fitness training. Internists especially need MUCH more fitness and nutritional training, they get basically none. My dad’s taken a SINGLE nutrition course in his entire life, and it basically equated to a high school health class; carbs are good, sugar is bad, protein is meh, fat is bad, ect ect…

Pisses me off, because he always assumes he knows better than me because he has his MD. I trust him totally when I’m sick, but NEVER for nutrition or training.

I’ve met some stupid ass doctors. Book smart but with no common sense.

I don’t. I only assume they know better when all my available resources are exhausted. And that’s only because I don’t have any other choice. 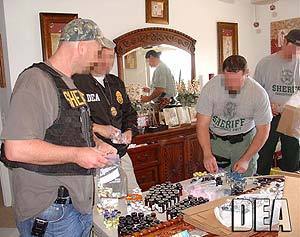 [quote]bushidobadboy wrote:
I once watched a guy churning away on an elliptical with a waterproof jacket zipped right up to the neck.
I asked him what he was doing and he said he wanted to sweat a lot because that would make him lose weight. Kind of like a boxer.
I tried to explain that it would only be a temporary weight loss that would be regained as soon as he rehydrated. e refuted this information.
I asked him what his profession was. He said “Doctor”.
DOCTOR!!! HE should freakin know better. Idiot.[/quote]

And we wonder why most Doctors are so ignorant about AAS & HRT, yet hand out E replacement for women without a blink??..Man, that is damn disturbing…