Has anyone had problems with the balance of their Titan Rackable Trap Bar V2?

I picked one up last spring because it was cheaper than others and covid meant not going to the gym to use the Rogue TB2 they had.

I have one and every time I use it it feels like the center of gravity isnt in the right spot in relation to center of the handles, maybe like it’s a bit behind where it should be for optimal balance. Then I faced the opposite direction to see if that helped and it did feel a bit better.

I can’t rule out that my setup for the trap bar deadlift isnt different every time.

Also could be the plates i have are smaller diameter than the ones at the gym i used to go increasing the rom so it feels different. Or the width between handles of the bar is 2 inches narrower so my stance is now 2 in narrower compared to the Rogue TB2 which increases rom slighty.

I was curious if anyone’s had issues with build quality with this specific bar. Looking back I should have just spent the extra $100 for the Rogue TB2 for peace of mind.

If you read into the comments for these - the centerline of the weights is above the handles, making it top-heavy. Some people came to defend it because it intentionally made it harder to control - others hated on it and blamed bad engineering.

Havent tried it, but I looked heavily into this design for my garage gym - decided to forego this item. If you’re having trouble balancing this trap bar - it’s not you, it’s the bar. Be extra careful in your grip, and it should help for lower weights at least, but anything over 315, i hope you have some good wrist strength.

I’ve had one for about 2 years now with no noted issues.

What if your pinkies aren’t as strong as your pointer fingers and the bar is tipping back because of that?

Maybe slide your hands back on the handles an inch or half inch to balance? 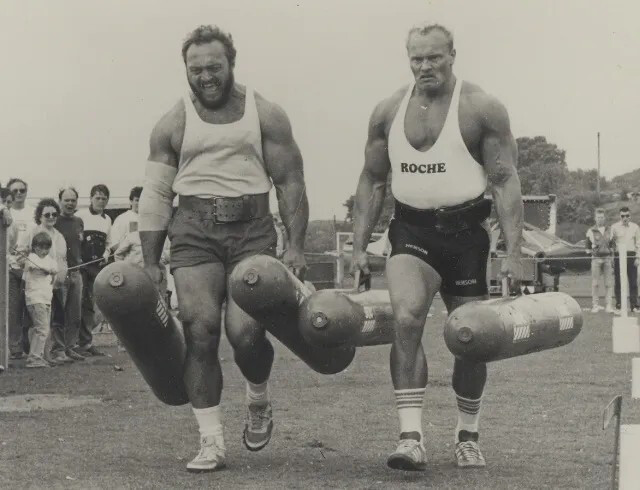 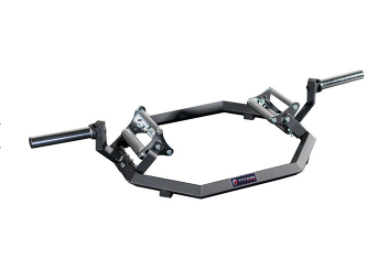 I haven’t used one myself, mostly because i didnt want to risk spending $200 on something i couldn’t balance during heavy lifts.

Not that one, no: the one @brick_tamland is talking about

Oh, yeah. In that case, everything I posted was a lie.
@brick_tamland
There’s no reason to be having touble balancing this except that your grip isn’t great. Keep adjusting your grip position until it sits evenly and remember where it is. For me, i line up the bottom part of my thumb nail to the end of the cross-hatching (grip texture), and it works every time.

I’ve got this trap bar, no issues to date. Been able to handle up to 510lbs on it with no real issues I’ve noticed bar wise.

I will say, I definitely did notice that the bar didn’t feel balanced in my hands at first, used some chalk to really look at where I was placing my hands, found that my natural setup had me grabbing the bar about an inch back from middle. I think this is just a trap bar thing rather than a specific issue with the Titan bar, but definitely make sure you really have your setup so your hands are gripping the center of the handles.

This is what I do on my trap bar. I assumed it was finger strength or palm shape/how it lays in the hand.

I don’t know why there are no landmarks on the knurling on the Rogue TB2 and the Titan Rackable Trapbar V2 I’ve used. You’d think if one pays the premium for some thing like the Rogue TB2 that’s literally welded from scratch when you order one, that a manufacturer like Rogue could put a couple of 3.5 mm smooth rings in the knurling so you know you’re setting up your grip in the ~right spot.

Most barbells have some landmarks in the knurling like that. IDK why it’s not a standard thing on the trap bars I’ve used especially premium ones from Rogue.

I use tape. It’s probably quicker and more simple than changing a manufacturing system to do custom knurling.

My gym got the titan rackable trap bar when I broke our old hex bar. I just used it enough to where I didn’t have to think about where my hands went. I just learned the instrument.

Cellos don’t come with markings either, but people who play them enough hit the right note every time

After thorough analysis, I have determined that it’s not the trap bar that is unbalanced: it’s the user 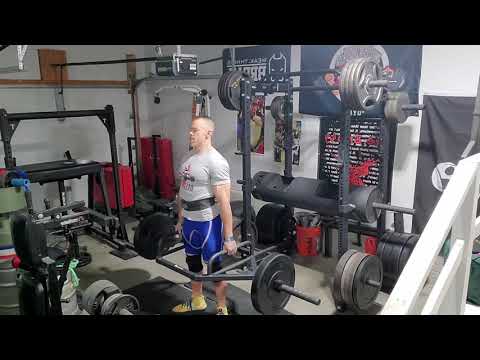 Your estimated 1rm for this exercise is… 1775lbs…

It’s a lot of mental work after those first 150, haha.