This is the Beginning

Hey guys! I’m starting a log because I’ve decided that it is dumb to keep my training hidden from the T-Nation community. You guys are too smart for me to continue to lurk. I need to get my workouts on the web so they can be critiqued, and I can benefit from your knowledge.

I’ve known about T-Nation for years and have spent many hours reading the articles and the forum. However, my training has not matched my reading. I’ve started and stopped numerous times without making any real progress. That changed about 5 months ago. I’ve been training consistently for 5 months now. So, despite my 2006 registration date, I’m a beginner. But I have gained 20 pounds and am getting stronger. And I have found it incredibly cool to actually make progress in the gym!

Does a curl bar weigh 15 pounds? The curl numbers assume a 15 pound bar but I don’t know if that is accurate. 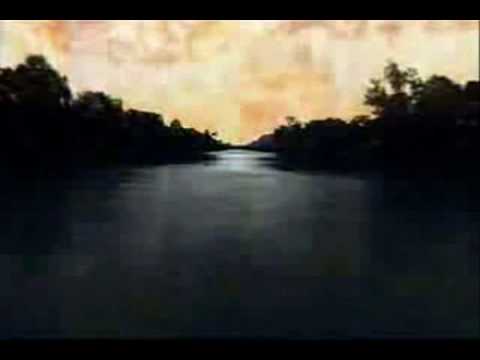 General goals: Get bigger and stronger

Specific goals:
Get weight up to 192 (because that is where I become obese according to the BMI) After that I’ll see if I want to cut or keep bulking.

Most of my workouts in the last month or two have included a shoulder press variation, but I’m taking a short break from that because of (nerve?) pain in my shoulder blade area.

But my primary focus right now is strength and size.

Stopped shoulder press early because of pain in my shoulder blade area.

I went rock climbing a couple days ago for the second time ever. I was way better than I was a couple years ago. And I can attribute that to my increased strength. The first time I went I wasn’t able to climb any of the routes. This time I was climbing 5.6s and 5.7s and I came close to climbing a 5.8 but I grabbed something that I didn’t realize was supposed to be feet only.

Training felt good today, but my grip was very weak. I went rock climbing again last night and my grip took a beating, and I noticed it in my deadlift and pull-ups today. About an hour after climbing last night I tried to use my Captain of Crush grippers to see what I could do. I couldn’t even close the trainer. Normally I can rep a number 1, I don’t know, 5 times (It’s been a while since I’ve tried). I can’t close a number 2 yet.

Oh, and I climbed a 5.9 last night. Thanks for reading!

My exercise selection has been lacking in variety over the last couple months. My usual training has been pull ups, shoulder press, bench press, and either squat or deadlift. I think I need to add more variety. Especially since I haven’t been doing shoulder press due to nerve pain. So today I added lateral raises and face pulls. I did the lateral raises with a fair amount of elbow bend and had shoulder joint pain (different than the nerve pain) at 25 pounds. I also did face pulls for the first time ever.

I’ve been thinking of going to some type of split at some point. Well I’ve been thinking about it for a while, but after reading Alpha’s log for the first time decided to stay with full body. But I’m thinking it might me time to switch it up soon. I feel like I gotta do something different anyway.

on the curl bar, I’ve always assumed 15lbs too. A quick Bing search reveals that there are 15, 20 and 25 versions? I couldn’t tell ya which one is standard.

Hey thanks man. I searched Amazon a while back and saw multiple weights for curl bars. I had assumed they were 25 pounds before that search. Thanks for the info though.

I decided that maybe I was doing too much in the gym. Every other day I was doing a workout that consisted of squats(or deadlift), bench press, shoulder press, and pull ups. Or some similar workout. Every workout I would work up to close to my 3 rep max. I’ve spent some time looking at 5/3/1 the past few days. I’ve been doing much more per week than 5/3/1 would call for.

Since I’ve been feeling a bit run down, and haven’t been making progress as well as I used to I wanted to change something up. I flirted with the idea of just reducing the weight I use, but instead I’ve decided to start 5/3/1. I’m not sure how long I’ll stick with it. Something about doing such a decreased amount of work doesn’t sit well with me. If this brings results however, I’m sure my feelings will change pretty quickly!

Overall I’m doing less work with 5/3/1, but being used to only doing 3 reps at a time made the 230x10 a real ballbuster. Same with the last set of deadlifts the other day. Bench press wasn’t that difficult however.

Overall, I enjoy training this way. It feels good to be doing something different.

Today was supposed to be 5/3/1 military press day, but I chose to just do a light shoulder press workout at home, in order to decrease shoulder aggravation as much as possible.

Yesterday, I forgot to mention that I was 183 on the gym scale.

It’s been a month since I’ve worked out. I’ve lost nine pounds and was pretty weak in the gym today. Short workout just to get back in the flow of things: