New member checking in. Been lifting for a few years now. I’m an “all legs” kind of guy, I play basketball. 15 years old.

I’ve ran the Smolov program in the past with ATG squats, about 1 year ago, and it yielded around 50 lbs of strength last time, and I was on a caloric deficit. Since then I had gotten much stronger using 3x6 for 3 times a week and moving up at 5 lbs a week. I had gotten up to 325lbs x6 ATG, but I had lost around 80 lbs of squat strength because I stopped squatting for about a month, but keep in mind I was still working my legs, but for some reason I lose strength very quickly. Since then I’ve been using 4x5 (very heavy, around 87.5% 1RM) going up linearly 5 lbs a session, but I’m around that point where 5lbs a session doesn’t work. I’m really running out of time because school is starting up on September 7th, and I need to get as strong as possible in as little time as possible.

By the way, I’ve done both the Base and Feduleyev cycles, but this time I just plan on doing the base.

Why do you need to cram something in before school starts? Are you trying to put on weight for basketball?

For one, The way the school trains is far from optimal IMO, they will kill you by having you do endless suicides with no breaks, and stretches for hours, thinking that it will elicit athleticism, but that’s not the case. Because of this, I need to do as much with my time as possible, because I want to increase my strength to the 2x bodyweight region before starting the French Contrast, which is what will help me with my explosion.

I’m a football coach at a small high school. I’ve coached since 2003 in some capacity and was able to commit to being on the staff again this past season after a few seasons of just helping during games. We struggled through an 0-8 season in which we played mostly underclassmen, many of them sophomores. We weren’t physically strong enough to finish close games and that led to mental mistakes. After the season I was offered a paid position as the DC and accepted, with the understanding we wou… 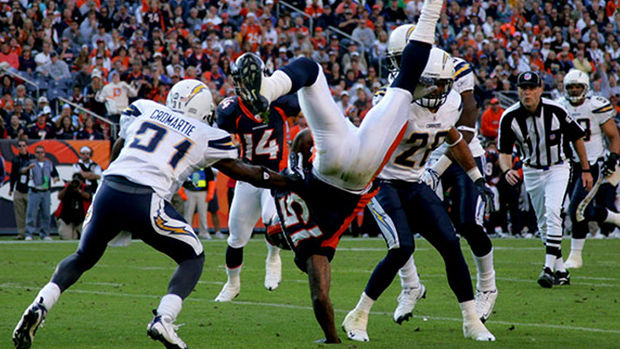 Sports specific training is a myth. Athletes need to be mobile, fast, and strong, and it starts by following the basic rules outlined here.

I love smolov, I’ve ran it a couple times myself but one problem I see for you using it is that it’s predominantly a peaking cycle. It overreaches you to the point of max strength vs. fatigue before you start to weaken from the excess beating it puts on you. You lost strength so fast afterward mainly because you go from very heavy volume with very heavy % 4x a week to almost anything at all less and you will lose strength. You would be better off looking up one of the solid athlete based lifting programs on here or just a heavy squat day and a speed work day later in the week to try and transition that strength into athletic capability on the floor.