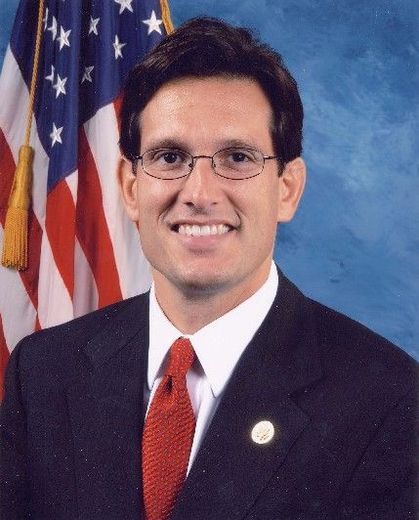 The GOP and DEM conventions are fast approaching, guys; so the VP choice needs to be made.

Both the Obama and McCain Campaigns are keeping things pretty tight and close, but “hints” are coming out as they begin asking potential candidates for their “papers” (security clearance; potential “smoking guns”, etc).

I think that they both need to meet certain criteria:

McCain is asking for the papers of Virginia Rep. Eric Cantor, the Chief Deputy Minority Whip in the House:

What he could bring to the Ticket:

Who is Obama seriously considering?

Seriously…any hints as to who Obama is considering?

By the way, the Convention Dates are:

Things are getting close!

Governor Kaine of VA is a potential pick for Obama, but his star is falling for a number of reasons, despite the allure of him bringing in VA electoral votes:

I think it will be very hard for Obama to run with a moderate centrist-type, because it constantly provides a contrast and measuring stick that reminds folks that Obama is not one.

As far as I’m aware, the latest person to get serious buzz as a McCain VP is Gov. Tim Pawlenty of Minnesota. He’s been sounding like a VP nominee: http://www.chicagotribune.com/news/chi-ap-ia-pawlenty-iowa,0,6880293.story And he’d add strength to the ticket in the upper midwest, which promised to be highly contended.

As far as Biden and Obama, I think Biden’s main contribution would be to make Obama look less like a pompous windbag in comparison. However, he is the embodiment of the Senate, and may draw attention to the lack of any executive experience on the ticket.

I agree with Thunder that it’s been Kaine with the biggest Obama buzz - but those weaknesses are big, too.

For McCain, the names I’ve heard floated (and who haven’t publicly taken themselves out of consideration, like Bobby Jindal) are Mitt Romney, Tim Pawlenty and Charlie Crist. Huckabee seems like he’s running for it, but I think that’s a slim possibility - and I would be surprised if McCain went with Cantor. I think the Cantor interest is just a ploy given the Kaine interest by Obama. The wild card to me is Alaska governor Sarah Palin - young, conservative, female and a governor - that would be a very interesting pick.

For Obama, the names I’ve heard most are Kaine, Biden, Hillary (who seemingly has surrogates pushing her for the pick), Evan Bayh (Sen, IN), Janet Napolitano (AZ gov.), Kathleen Sebelius (KS gov.) and Bill Richardson.

Finally, here’s an interesting post, which essentially argues that VPs have rarely had a decisive effect on the election of the president, but the real reason to care about who gets the VP is that the VP has been the most likely person in the U.S. to be the next president - or at least the next nominee of his party: The Volokh Conspiracy - -

A ton of chatter here in MN about Pawlenty. I wouldn’t mind getting rid of him exept for the fact that he would probably be replaced with some left wing cook.

[quote]dhickey wrote:
A ton of chatter here in MN about Pawlenty. I wouldn’t mind getting rid of him exept for the fact that he would probably be replaced with some left wing cook.[/quote]

A left wing cook might be a great thing for ending hunger in MN.

Kay Bailey should get some serious consideration, but the Dems would jump on that as being an opportunist.

Obama doesn’t have a chance. I really believe that.

Heres what will happen. Obama will probably pick Hilary, to get the votes of the Clinton supporters and women.

and McCain will choose Arnold Schwarzenegger as his v.p, cause they are friends and Arnold endorses him, and McCain will figure he’ll get elected instantly, especially if he makes a terminator 4 appearance, people will go ape shit over that and get the constitution changed.

And not long after taking office, McCain, being old as hell will die, and Arnold takes the top spot. and there you have it, its all a big plot formed by Arnold to become president

[quote]jayski wrote:
… and Arnold takes the top spot. and there you have it, its all a big plot formed by Arnold to become president[/quote]

[quote]AssOnGrass wrote:
dhickey wrote:
A ton of chatter here in MN about Pawlenty. I wouldn’t mind getting rid of him exept for the fact that he would probably be replaced with some left wing cook.

A left wing cook might be a great thing for ending hunger in MN.[/quote]

yeah, were starving up here. Our state gov’t isn’t starving for tax revenue, that’s for sure.

[quote]SteelyD wrote:
jayski wrote:
… and Arnold takes the top spot. and there you have it, its all a big plot formed by Arnold to become president

Except for that lil’ hitch in the Constitution that prevents him from being eligible for the position… :/[/quote]

um, yes…im pretty sure i covered that part

For McCain, Sarah Palin IS interesting (but I agree; she is sort of a “Wild Card”…)

I don’t think that both Mitt Romney and Huckabee are serious considerations.

I asked this on another thread:

[quote]Mufasa wrote:
I asked this on another thread:

Because he was almost the establishment choice, despite being a say-anything-to-get-elected robot (abortion, guns, etc.), so a lot of the same voices that were rooting for him against McCain have quietly kept his name around.

Also, he is very good at raising money.

I think the VP stuff is way overrated. I think it has very little to do with how Americans vote, and is mostly an inside game thing. VP nominees are there to:

Also, he is very good at raising money.[/quote]

I think that’s most of it with Romney. It’s also why Cantor’s name was dropped.

At this stage I think a lot of the leaking of possibilities is just payback for favors and fund raising. It makes for quite a feather in ones hat to have been “on the shortlist” for the VP slot, particularly for those who haven’t run before. 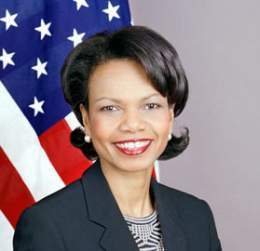 I’ve always thought that if the VP choice leaves you saying “Ummmm…okay…”; then perhaps its a “good” choice.

In other words; solid, but not too controversial…

Is it any surprise to you guys that Condi Rice isn’t in any discussion? Do you think she would be a choice for the McCain cabinet?