The Shot Heard 'Round the World

Bobby Thomson, who hit the most famous homerun in baseball history died today. It got me thinking: what are the most memorable sporting moments you all have seen, either on TV or in person?

A few that I was lucky enough to be present during:

The Catch 2 with Terrell Owens and Steve Young

The 12 inning Giants/Dodgers game when Brian Johnson hit the game-winning grand slam back in 1997.

The night game the day before Johnson’s slam. Bonds hit an upper deck 2-run shot in the first and Kirk Reuter, Rod Beck and Roberto Hernandez (touching 102 mph on the radar gun) made it hold up. Giants 2, Dodgers 1. A real nail-biter from start to finish in the heat of the first pennant race between the Giants and Dodgers in years up until then. Went to both games with my dad. Nothing like a good ball game with your dad.

The Giants/Dodgers game on the first anniversary of 9/11. Not a dry eye in the park, including me. Fucking Dodgers spanked the Giants though.

The Comeback when the Niners came from something like 30 points down in the NFC wildcard game to beat the NY Giants.

The first playoff game at the Oracle Arena when the Warriors stunned the Mavericks.

The first (of only three) Champ Car Series Grand Prix’s in downtown San Jose. Not a memorable race, but it was wild to see all these cars from about five feet away fly past me at 150-180 mph on the same streets I drove on everyday at 30 mph.

Edit: Count Rockula is a part of this thread and as such this thread will be relevant to everyone’s interests.

How is it the most famous hit when I’ve never heard of him before?

[quote]sardines12 wrote:
How is it the most famous hit when I’ve never heard of him before?[/quote]

Because you don’t know shit.

9/30/07, the Phillies last game of the regular season which clinched a playoff spot for the first time in 14 years. I was there, it was awesome.

don’t think I ever heard of him either 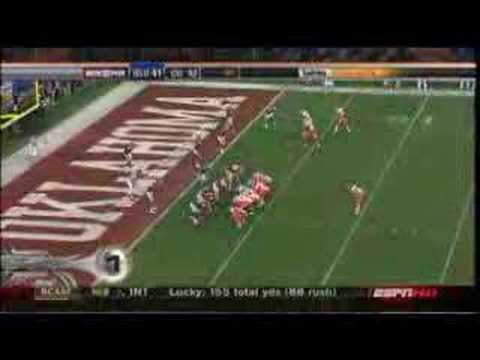 pistons vs magic in the playoffs

the bucs superbowl over the raiders

[quote]jehovasfitness wrote:
don’t think I ever heard of him either[/quote]

I suck at starting threads.

TALK ABOUT ME MORE IN THE OPENING LINE AND WATCH THE THREAD EXPLODE.

I forgot to mention that Count Rockula was at all the games I mentioned, hanging upside from the top of the upper deck.

you suck more than I do.

you suck more than I do.[/quote]

Run along little one.

[quote]DBCooper wrote:
I forgot to mention that Count Rockula was at all the games I mentioned, hanging upside from the top of the upper deck.[/quote]

Not like that! Put my name IN the OP.

you suck more than I do.[/quote]

If you refer back to the “what makes a man” thread, everyone in here is 19. Me? im in my 20’s. I don’t remember a single event you posted in the first thread. I’m also an east coast guy so most of your west coast references are somewhat region-specific and irrelevant to me.

Memorable sports moments for me:

When the Phils beat the Rays 10-2 in game 3ish of the 2008 Fall classic, blanton had a HR! I was there!
I’d have to put the david tyree (ny giants) super bowl catch on here.
- YouTube <this
- YouTube <definitely this

I will never forget this moment! it happened on my 10th bday. BEST PLAYER OF ALL TIME.

worst moment ever! 4th and 5 The National Championship on the Line - YouTube

In person: Seeing Papelbon suffer his first career loss at Fenway against my favourite team

On TV: I’m not even a huge soccer fan but when Liverpool came back 3-0 against AC Milan in the 2005 UEFA Champion’s League Final. One of the greatest sporting events I’ve ever seen.