I haven’t posted my training anywhere online for a while now, but after a lengthy (3-4 month) layoff I’m pursuing new goals (specifically, my first raw powerlifting meet) so thought some of you might like to see what I’m doing.

I’ve really only done weightlifting meets up to this point, however, a recent elbow condition has made jerking problematic, so I’ve decided to do a power meet (The 100% Raw Federation’s Regional Championships on April 1, 2012 in Prescott, AZ) as a change of pace

My goal is to total 1209 which would make me a Class I lifter in the open category for a 198 pound lifter. I’m 52 years old so this strikes me as a worthy goal for my first time out.

I’m training MWF, with a split that (currently) looks roughly like this:

I’m using a Rippetoe-style linear progression until it doesn’t work any more, then I’ll rig up an alternative strategy…probably mutliple singles (Sadiv sets, etc) toward the end of January.

In addition to posting my workouts, I also plan to share insights, helpful resources, etc., along the way.

That’s it for the intro, please chime in if you have questions or comments… 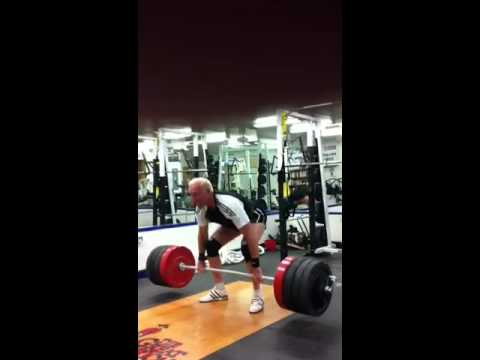 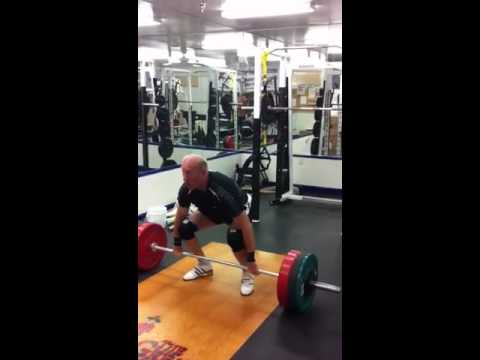 Worth Watching. Dr. McGill will be presenting at Staley Performance Institute in January 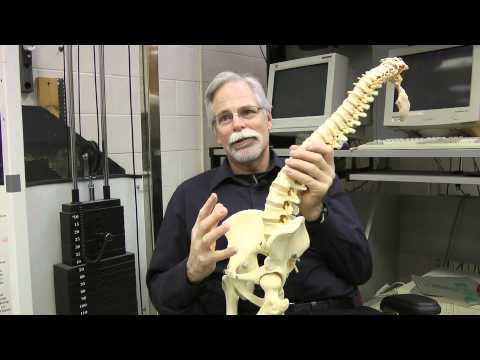 By now, most of you have heard of the Rule of 10,000 Hours, the finding that most world-class experts have spent a minimum of 10,000 hours intensively practicing their craft.

Likewise, many of you are probably familiar with the sensation known as the Rule of 10,000 Hours Wince. This occurs where you realize (whoa!) just how intimidatingly far you still have to go.

Counting hours is a bad idea. Not only because it’s difficult to accurately measure quality practice (the original studies have created a worthy debate, seen here), but also because it tends to lead us toward a royal bummer of a mindset. Developing talent is about enthusiasm and energy. Counting hours can turn us into drudges, marking our tally like a doomed prisoner marking the days on the cell wall. Besides, most of us aren’t trying to become world-class- we’re just trying to be better tomorrow than we are today. What to do?

One good idea was recently offered by one of my favorite people. His name is Hans Jensen, and he’s one of the world’s best music teachers (here’s his website). Hans looks exactly like you’d expect a mad scientist to look, if the mad scientist taught cello and liked to run marathons. His hair is always a little disheveled; his eyes are always wide open, and his mind is always churning with new ideas. Here’s his latest: I call it Hans’s 2-Minute Method.

Work as urgently and intensively as humanly possible on that target skill for two minutes.
Stop. Walk away. And tomorrow, do it again.
This technique originated with one of Jensen’s students who was strapped for time, but who wanted to learn a complicated etude. “We were shocked at how well it went.” Jensen said. “The key was total focus and being ruthless about noticing and fixing every tiny mistake from the start.”

Why does it work?

It forces you to prioritize and strategize - to look critically at your skill and pick the elements that matter most.
It eliminates the sloppiness that often marks shallow practice.
It creates a daily habit.
It increases intensity. It’s hard to practice with 100 percent intensity for an hour. But for two minutes? That’s achievable.

I also like the 2-Minute Practice because it nudges us toward counting things that matter. Learning is a construction process. It’s possible to get a lot done in a short amount of time, because in the end, it’s not really about time- it’s about making intense, high-quality reaches toward a target.

This also makes me wonder… what other techniques might work like this? How else are you improving the quality of each minute? I’d love to hear about your mad-scientist experiments.

I can’t even begin to describe how jacked up I am that you are keeping a log on here. Good luck with your training for the meet!

Funny about the “Two Minute Method.” I do something similar. On non-heavy training days, I will pick a powerlift and try to do 100 reps with a light weight (20-30%) and try to do every rep with perfect technique. I have kept track of the time it takes to complete numerous times and it is always right around 2 minutes. Might be something to that method!!

Thanks Storm! I’m definitely a novice in this particular sport, but it should be an interesting adventure!

[quote]StormTheBeach wrote:
I can’t even begin to describe how jacked up I am that you are keeping a log on here. Good luck with your training for the meet!

Funny about the “Two Minute Method.” I do something similar. On non-heavy training days, I will pick a powerlift and try to do 100 reps with a light weight (20-30%) and try to do every rep with perfect technique. I have kept track of the time it takes to complete numerous times and it is always right around 2 minutes. Might be something to that method!! 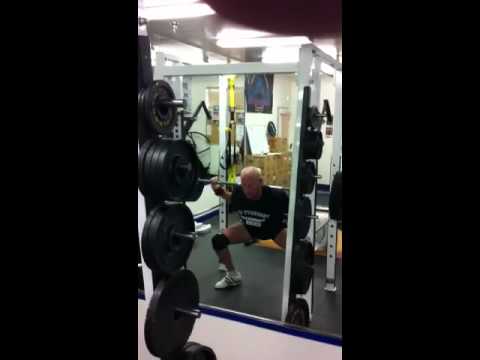 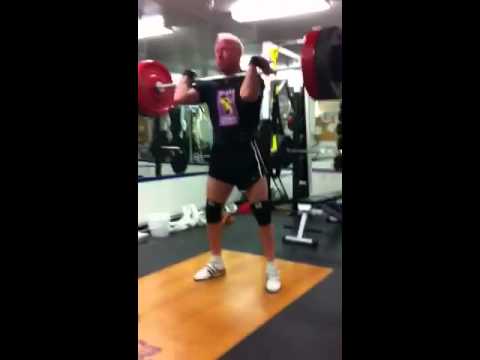 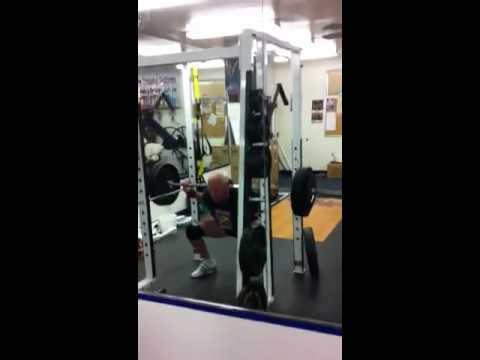 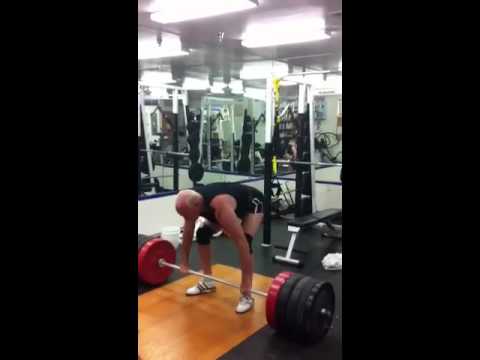 Robb Wolf offers what I think is an honest critique of Crossfit. I’ve taught at perhaps 50 CF facilities and have met some great people in the process…Robb is not criticizing these folks but rather the system’s leadership and direction. Worth a listen. 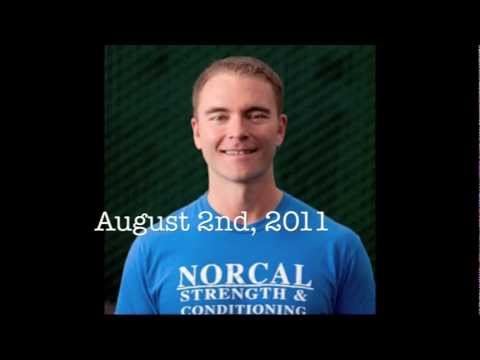 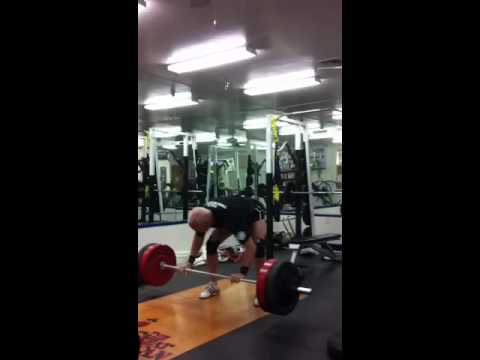 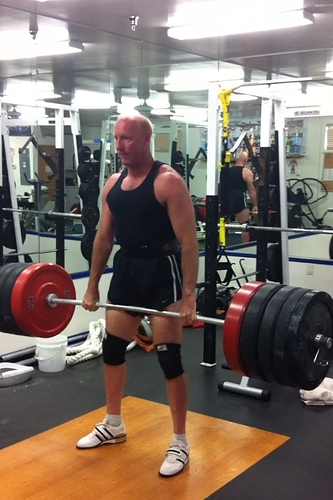 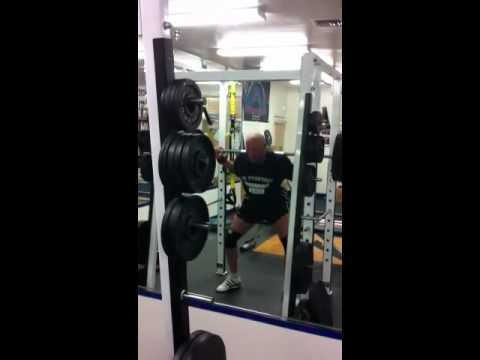