The Next Eason Jordan

Here we go again with an accusation looking for a story. You would think with what happended to Mr. Integrity himself Eason Jordan that Linda Foley would of kept her mouth shut. I guess she thought that the National Confernce on Media Reform wouldn’t be covered in the press.

Journalists Being Targeted in Iraq, Newspaper Union Boss Charges
(CNSNews.com) - Journalists are being targeted “for real” in Iraq, and the U.S. military is taking a “cavalier” attitude toward the problem, the president of a union representing newspaper and other media employees has charged.

Mark E. Hyman, a commentator for the Sinclair Broadcast Group, Inc., alerted the rest of the media to Foley’s remarks on Wednesday.

While discussing the topic of media ownership and consolidation, Foley stated that she believes the targeting of journalists is "a trend that needs to be reversed.

Journalists, she said, “are not just being targeted verbally or politically. They’re also being targeted for real in places like Iraq, and what outrages me as a representative of journalists is that there’s not more outrage about the number, and the brutality, and the cavalier nature of the U.S. military toward the killing of journalists in Iraq.” Foley added.

Foley called the U.S. military’s treatment of journalists “a scandal.”

“It’s not just U.S. journalists either, by the way,” she continued. "They target and kill journalists from other countries, particularly Arab countries and news services like Al-Jazeera, for example. They actually target them and blow up their studios with impunity.

“This is all part of a culture that it’s OK to blame the individual journalist, and it just takes the heat off these media conglomerates that are actually the heart of the problem,” she noted.

Earlier this year, Eason Jordan was forced to resign as president of CNN due to remarks he made that the U.S. military was targeting journalists in Iraq.

Another media heavyweight – Newsweek Magazine - is currently embroiled in controversy after reporting on May 9 that U.S. soldiers had flushed a copy of the Koran down a toilet during the interrogation of prisoners at Guantanamo Bay, Cuba. The article triggered rioting in Arab countries and at least 17 people died before the article was retracted this week.

However, Candice Johnson, spokeswoman for the Communication Workers of America, the umbrella organization for The Newspaper Guild, told Cybercast News Service that Foley’s remarks were not made in reference to the Newsweek article or "anything in particular, but often that journalists will report something and then, it’s kind of the ‘kill the messenger’ syndrome.

“Along with the International Federation of Journalists and some other groups, The Newspaper Guild has written to President Bush asking for an investigation into what has been a record number of deaths among media workers in Iraq,” Johnson said.

“Two years previous, the Guild also contacted Secretary [of Defense Donald] Rumsfeld with a petition with 10,000 signatures asking for the same thing,” she noted.

“We recognize that most of these journalists are killed by cruel extremists on the insurgent side,” Johnson said, "but in the United States, we do have a tradition of liberty and justice, and some of the assaults on journalists have raised questions around the world.

“It would really be in the United States’ best interest to resolve those with a full investigation,” Johnson added. “That’s what we have been calling for.”

Founded as a print journalists’ union, the Guild today is primarily a media union, whose 34,000 members in the United States, Canada and Puerto Rico work as journalists, sales and media workers, according to the Guild’s website. 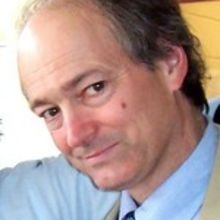 Bughouse Square for the future of journalism and democracy ...

Sinclair Broadcast Group commentator Mark Hyman on Wednesday featured Foley’s remarks. Hyman’s broadcast was picked up and turned into a news story at TownHall.ORG, the aggregation website started by the conservative Heritage Foundation.
Here is a link the the underlying source: the audio MP3 file of what Foley said, in context.
original story below filed 05-13-2005 at 5:15 p.m.

The president of the largest union representing American journalists is criticizing the U.S. military for not paying enough attention to the killing of journalists.

?The brutality and the cavalier nature of the attitude of the U.S. military to the killing of journalists is just a scandal,? Linda K. Foley said during a panel at the National Conference for Media Reform in St. Louis. She said the U.S. military targets the studios of non-American media, and destroys them ?with impunity.?

Foley also told the panel audience that research studies are finding that years of shrinking newsrooms at the nation?s newspapers has taken a toll. ?There is much less passion among the reporters who are left,? she said, and less willingness to do reporting that may place reporters at odds with management . . . ?[t]hey want to make a difference. They don?t like working under these circumstances. It?s terrible. It is very, very frustrating.?

Journalists are being targeted in a political and professional sense, added Foley. They are targeted ?from the right of the political spectrum, blamed for many ills they just report on.? She said that targeting is unfair.

?What is happening in the media is not the fault of individual journalists,? she added. ?What?s wrong is there is a systematic corporate dissolution of what we know as credible reporting and journalism and that is what is wrong and what we have to fight.?