Are people ready for this yet? 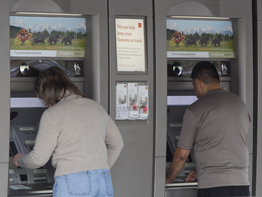 Thirty-six percent of Americans have "very little" or "no" confidence in U.S. banks -- up from 30% last year and the highest on record. For the third consecutive year, more Americans express little or no confidence in banks than say they have "a...

48 Percent Of Americans Believe Another Great Depression Is Likely In The...

Do you believe that the U.S. economy is steamrolling toward a depression?  If so, you are not alone.  According to a recent CNN poll, 48 percent of Americans believe that "another Great Depression" is likely

Is this the end of the America we knew? Are we the next National Socialist state?