The Most T-Charged Movie Scene

It’s gotta be the intro (before the credits) to “Red Heat” with Arnold:

You know, it’s the movie with Arnold as a Russian police guy and Jim Belushi as the comic relief sidekick (and Chicago cop).

The scene I’m talking about is at the beginning of the movie, when Arnold enters a gym/sauna parlor in Moscow looking for a gangster and has a fight with the tough guys. It has, like, all the symbols of the testosterone mentality and physique:

There are also all sorts of secondary symbols such as fire, weight training gear, etc.

I’m not sure how much of all that was consciously put into the script, but anyway the whole scene is like a textbook example for T psychology.

Any other movie scenes like that that you can mention??

Mentioned this scene before:
When Nicholas Cage storms through an airplane beating the crap out of people and gets shot in the arm and doesn’t even flinch. This happened near the end of Con Air.

When Deniro slams some scumbag’s face onto a diner table and then the window while maintaining complete composure. Happened near the beginning of Heat. Actually, any scene in Heat involving Deniro or Pacino.

Weaver: “Get away from her you bitch!” Need I say more?

Most of Any Given Sunday.

Batman Begins when he has that crooked cop hanging upside down by a trip wire and he’s questioning him.
Cop: “That’s all I know, I swear to God!”
Batman: “SWEAR TO ME!”

The most recent one that comes to my mind is the nightclub scene with the rock in the movie “the rundown”
those were some big dudes and firing the turntable at the guys back was hilarious.

My favorite is the curb bite on American history X.

Batman Begins when he has that crooked cop hanging upside down by a trip wire and he’s questioning him.
Cop: “That’s all I know, I swear to God!”
Batman: “SWEAR TO ME!”

I gotta agree with this. My favorite scene in that entire movie. I also don’t think you can go wrong picking any scenes from The Crow or Braveheart.

[quote]mcnasty13 wrote:
The most recent one that comes to my mind is the nightclub scene with the rock in the movie “the rundown”
those were some big dudes and firing the turntable at the guys back was hilarious.
[/quote]

agreed, one of the best intros ever, or scenes for that matter

The fight scene in “on the waterfront”.

End of “The Ninth Configuration”.

No action at all, until at the end, they push a man too far.

I look in Stacey Keach’e eyes just before he goes beserk.

The scene on the steps in “The Untouchables”.

Tyler Durden’s “Gift to the World” in Fight Club.

Most parts of “The Rock”.

Any and all scenes in “Undisputed”.

I’ve always liked the Wheel of Pain sequence in Conan the Barbarian. Years of of pain and physical exertion to the point of torture that pays off with a massive physique. Ok, it’s not very realistic but I’ve always found it really cool.

The handshake scene between Ahnuld and Carl Weathers in Predator. Note the lingering close up of each’s jakked biceps.

Sonny Landham carving his chest up with a big ass knife before facing the Predator.

the final 20 minutes of Scarface

[quote]Natural Nate wrote:
Batman Begins when he has that crooked cop hanging upside down by a trip wire and he’s questioning him.
Cop: “That’s all I know, I swear to God!”
Batman: “SWEAR TO ME!”
[/quote]

Amen to that Batman Begins scene.

The scene in Kill Bill 2 where Beatrice Kiddo breaks out of the coffin (or any of the Pai Mei scene, for that matter).

Sin City, the whole damn thing–“I don’t know if Miho is alive or dead, but I’m on my fit, and I want to get some killin’ done”.

I didn’t really like G.I. Jane, but I love the drill sargent–

“Someone always gives up on the first day. How do I know? Because until somebody gives up, that day does not end.”

Unforgiven when William Muney walks into the bar and blows Little Bill and everyone else away.

[quote]Zap Branigan wrote:
Unforgiven when William Muney walks into the bar and blows Little Bill and everyone else away.[/quote]

Bill Munny: All right now, I’m comin’ out. Any man I see out there, I’m gonna shoot him. Any sumbitch takes a shot at me, I’m not only gonna kill him, but I’m gonna kill his wife. All his friends. Burn his damn house down.

“Bunch of slack jawed faggots around here. This stuff will make you a god damned sexual tyrannasaur… Just like me.”

All of Fight Club

Taxi Driver when DeNiro goes crazy at the end,when he shoots Harvey Kietel and says"Suck on this"then shoots him in the guts.Then goes to the whore house and cleans house.

The end of True Romance

About all of Menace 2 Soceity

The part in “We Were Soldiers” when Mel Gibson wheels around and shoots the NVA soldier charging him with a bayonet. Blasts the dude right between the eyes from the hip and doesn’t even break his sentence.

The first 30 minutes of “Full Metal Jacket” where R. Lee Ermey is basically the hardest dude ever to live.

Towards the end of Kill Bill Vol. 1, after Beatrice kills or dismembers every member of the Crazy 88, she tells them they are free to go but must leave their severed limbs that now belong to her.

Every minute of “Sin City” was soaked with T.

So was every minute of “Last Man Standing.”

The knife fight in Commando when Arnold throws the pipe through Bennett.

I liked the scene in “the Patriot” after Mel Gibson’s son is killed by the British Officer and he takes his two young sons to ambush the Redcoats. 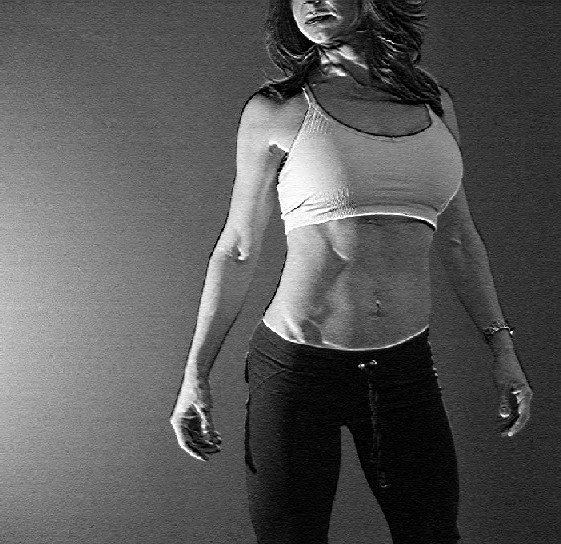 the opening scene @ the go-go when the guy shouts :

p.s. her name is beatrix, not “beatrice”.