The Most Proven Sexual Performance Supplement

Whether you use sex for procreation or recreation, this herb makes everything better, from libido to erections to fertility.

And we also knew that Eurycoma led to better erections, but we thought that this last point was just a happy side effect of the testosterone-fueled increase in libido.

Little did we know that Eurycoma looks like it increases erectile strength through an entirely separate mechanism, one that works independently of testosterone and that, when combined with its other attributes, qualifies it as an herb that’s as close to being an aphrodisiac as there is.

A Few Words About Sexual Desire, Or Lack Of It

It’s estimated that a mind-blowing 30 to 40% of people experience a lack of sexual interest for at least several months in any given year.

This joyless lack of lust might be caused by depression, medications, diabetes, hypothyroidism, social and interpersonal problems or, separately, any one of a number of conditions or situations that can inhibit dopamine release.

Lack of sexual desire can also be caused by a neurochemical lack of feedback after sexual stimulation, disturbances in brain neurotransmitters, and, of course, low levels of steroid hormones, chief among them testosterone. (For women, it may even be a deficiency in zinc.)

Up until now, the only drugs that were available to treat a low libido were testosterone itself and some inadequately researched herbal drugs. Enter Eurycoma longifolia.

Elevated Testosterone. That’s A Given

I guess it’s a little ethnocentric to suggest in any way that Eurycoma longifolia is a new discovery because Malaysian men have been using it for hundreds of years to enhance both the quantity and the quality of their sexual engagements.

Probably the only things new about it are its growing popularity in the Western world and an expanded understanding of the mechanisms involved in its libido and performance-enhancing properties.

Up until very recently, we thought that Eurycoma’s sexual effects were solely related to two particular quassinoids, which, to those of you who have a working knowledge of biochemistry, are metabolically altered triterpines.

These two quassinoids – eurycomanone and 13-alpha- (21) dihydro eurycomanone – elevate levels of luteinizing hormone (LH) and follicle-stimulating hormone (FSH), which in turn direct the testes to crank out more testosterone.

All of the preceding explains why we thought this Malaysian herb led to better erections. Little did we know that a separate mechanism was involved, one that’s far more reliable than just what might occur with elevated levels of sex hormone. 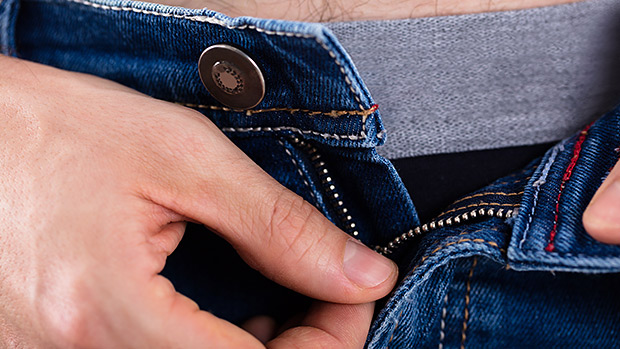 An erection is a marvel of hydraulics. In simple terms, it’s not too much different than the inflatable arm-flailing tube men you see in front of car dealerships, but you know, without the flailing arms. Of course, to be scientifically accurate, the “tube men” are more related to pneumatics rather than hydraulics and much, much simpler, but the concept of pressure is still similar.

Initially, an excitatory thought or external stimulus sends chemical messages to the arteries in your penis, whereupon the arteries relax and allow a tremendous amount of blood to flow in. The veins then constrict, which pressurizes the penis and sends it skyward, at least ideally.

One of the chemical messages that instigates erections is nitric oxide. Another is a family of chemicals known as rho kinases (ROCKs). They’re found in many tissues and are known to have therapeutic applications in a variety of conditions including cancer, asthma, diabetes, and, as is pertinent to our current discussion, erections.

When you inhibit ROCK, you get bigger and stronger erections, and Eurycoma was found in a recent study to specifically inhibit ROCK-2, an action which researchers believed might explain the herb’s use as an “aphrodisiac” and to treat sexual disorders. (Shahira)

Of course, the strong erections attained through Eurycoma use might also be the result of synergism between elevated testosterone, ROCK-2 inhibition, and perhaps some other yet to be discovered mechanisms.

Despite all that happy news for erectile function, there’s more to a healthy reproductive system than elevated serum levels of testosterone and firm erections, and that’s fertility. It seems Eurycoma plays a big role in that, too. 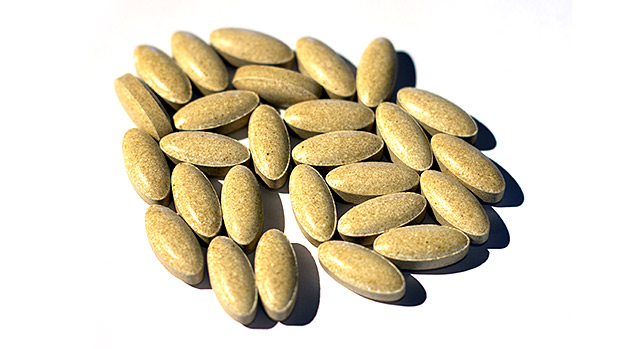 You can add another grim sexual statistic to that epidemic of sexual disinterest I described earlier: Almost 15% of US couples are infertile and about half the time the problem lies with the man.

One meta-analysis of 61 worldwide studies revealed that a general downward trend of sperm count and semen volume over the last 50 years. Whether that’s because of environmental assault (environmental estrogens), a regrettable evolutionary trend, or overly tight tighty-whities is unknown.

Oh Yeah, It Appears To Build Muscle, Too

Anything that increases testosterone levels can and should increase muscle mass, assuming it occurs in conjunction with resistance training of some kind and adequate nutrient intake.

Unfortunately, there haven’t been many studies done on Eurycoma to test this assumption, although at least two have shown promising results. In one study of men between the ages of 57 and 72, 400 mg. a day of Eurycoma for 5 weeks increased free and total testosterone with a measurable increase of “muscular force.” (Henkel, et al).

Another study involved 14 men who undertook an intense strength-training program while taking 100 mg. of Eurycoma a day. The men increased their arm circumference significantly compared to placebo (6.8% to 2.8%). (Hamzah & Yusof).

How To Use Eurycoma Longifolia, Aka Tongkat Ali 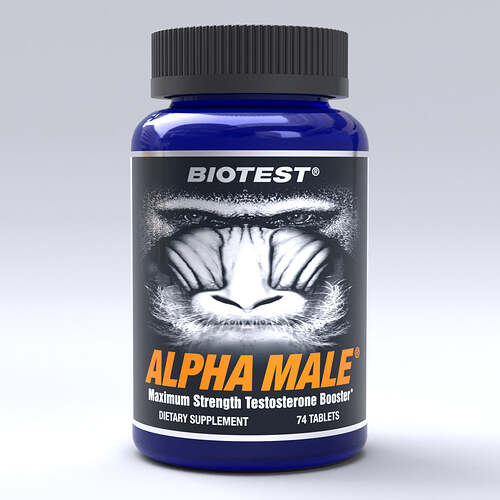 Each serving (2 tablets) contains 100 mg. of a Eurycoma longifolia extract, (standardized to contain the highest amount possible of the two major, bio-active quassinoids), along with 20 mg. of forskolin carbonate and 500 mg. of Tribulus terrestris.

For those of you unfamiliar with forskolin, it’s a polyphenol that stimulates the production of an enzyme named adenylate cyclase, which in turn increases levels of a cellular messenger called cyclic AMP, or cAMP for short.

Tribulus terrestris is the perfect companion to these other two testosterone-raising compounds as its primary function is to enhance androgen receptor density in the brain (and possibly muscle tissue, too). That means that any testosterone churned out, courtesy of Eurycoma and forskolin, has a lot more room for it to “park” on cells and initiate its biochemical effects.

Together, the three compounds are the next best thing to an actual testosterone injection taken with a Viagra chaser. Take 1-2 capsules in the morning on an empty stomach with 8 ounces of water. Repeat 6 to 8 hours later.

Great post!! I’ve heard and read so many different things about vital herbal Tongkat Ali, like how it improves sleep, increases test, and increase T levels, you get the point. Any guys have tried it before? does it good?

Yeah, it does all those things…but I guess I don’t count cuz’ I wrote the article.

Any guys have tried it before? does it good?

Didnt do anything for me unfortunately, tried everything before going to TRT.

It is important to note that an increase in testosterone with TA happens gradually and over weeks and that for some people the effects will be QUITE notifiable and in others, not s much.
It does not compare to TRT of course, much less a steroid cycle but then again, it isn’t suppose to REPLACE testosterone production, only enhance it.
Andrew Huberman had a whole podcast on TA.

This stuff 100% works. I was working out 7 days a week on CrossFit and draining my T levels to the point where I couldn’t hold erections and my libido was down significantly (I’m only 32). I started taking this along with the P-Well supplement and I feel like I’m 16 again and that’s no exaggeration. I also used to wake up in the middle of the night to urinate and would have pains in my lower abdomen and that has all gone away as well. I’ve been taking these supplements for over 3 months. This has become a crucial part to my supplementation and has helped me to realize the importance of keeping T levels up!

It does not compare to TRT of course, much less a steroid cycle but then again, it isn’t suppose to REPLACE testosterone production, only enhance it.

I feel like I’m 16 again and that’s no exaggeration.

Great! Thanks for the feedback.

Hey TC, some articles online suggest that you should cycle Tongkat. Do you recommend this? Thanks, great article.

Hey TC, some articles online suggest that you should cycle Tongkat. Do you recommend this?

Sure, we recommend that our Alpha Male product that’s got the bestest, purest, strongest Tongkat Ali in it, be cycled: 5 days on, 2 days off. (Thanks!)

Question regarding what the effects are coming off of this supplement. I’m a 41 year out of shape male who is back in the gym, but still with a long ways to go. I know that as I get in better shape provided my sleep and nutrition is good my hormone levels will change.

If I supplement with this now while my hormones are out of whack, will my hormone levels be messed up when I come off it. Can this serve as a temporary crutch until my other ducks are in a row?

Is this preferred over the 4 days on 3 off? Wasn’t that a option in the past?