The Mood Booster For Lifters and Athletes

Low energy? No motivation? Lack of focus? Feeling mentally or physically run down? There’s a supplement for that.

Does your motivation sometimes drag? Are you mentally tired? Do you have more negative thoughts than you’d care to admit? Or do you simply not enjoy life as much as you used to?

It can creep up on you. You likely don’t even notice what’s become of your energy, mood, and motivation. You think the rut you’re in now is just part of being an adult. But maybe you’re just not giving your brain what it needs to be optimized. You’ve been like this for so long that it feels normal. But your “normal” could feel way better.

So how do you optimize your brain, get motivated, have a more positive outlook on life, gain more energy, and build and tap into more strength? By improving your brain chemistry. It starts with improving dopamine and acetylcholine, the two target neurotransmitters of Power Drive®. 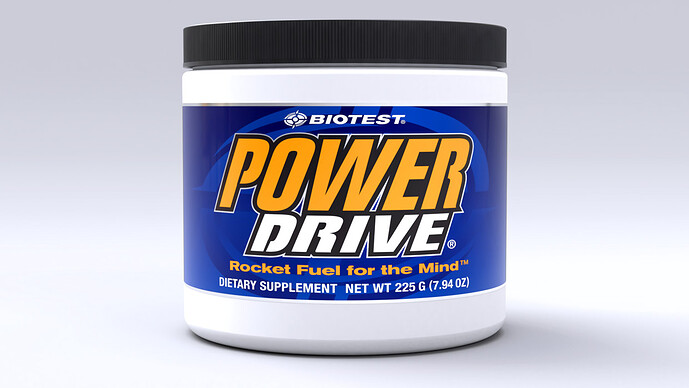 The Academic and Athletic Edge

I’ve been using Power Drive® for years. It was given to me by a strength and conditioning coach. I was in college and competing in Olympic lifting. The first week I tried it, I aced my neurophysiology exam and hit a huge PR on the snatch. I was hooked.

When I became a strength coach, it became a staple for my athletes. As a new coach, I didn’t know then what I know now and inadvertently overloaded the athletes with too much volume and intensity. But they thrived, and I credit Power Drive® for their ability to continue performing at a high level.

Let’s talk about what it does and how it does it.

While all neurotransmitters are important, acetylcholine may be the most important one, at least for those of us who want to be strong, athletic, and smart.

Acetylcholine is key when it comes to being a skilled athlete or someone who improves fast on big lifts. If you’re a football player who needs agility and creativity on the field, acetylcholine is your best ally. If you play baseball and need a lightning-fast reaction to the pitch? You can’t do that with low acetylcholine.

And let’s say you’re a CrossFit dude who needs to master two thousand skills and can’t afford to train them all every week. Well, if your acetylcholine is low, forget about it.

Acetylcholine is heavily involved in storing knowledge, so it plays a key role in both intellectual and motor learning. People with high acetylcholine levels learn information more easily, retain it, and are better able to retrieve it when needed. They’re also better at learning new movements and automating them.

Acetylcholine is also important for hypertrophy, strength, and power. It acts directly on the neuromuscular junction, where the neural drive connects with the muscle to activate it. As a result, high acetylcholine increases muscle control, mind-muscle connection, and muscle contraction strength by improving the speed of the message to contract.

It also plays a key role in triggering the stretch reflex. This reflex occurs when a muscle is rapidly stretched. As a protective mechanism, it triggers a reflex muscle contraction to shorten the muscle, reducing the risk of tearing it.

It also greatly contributes to force and speed production. A good example of the stretch reflex is when you catch the rebound in the bottom of a squat. Sprinting, jumping, and especially quick changes of direction are heavily dependent on the stretch reflex.

Athletes with a better stretch reflex are faster, more agile, and more powerful. Insufficient acetylcholine decreases the sensitivity and strength of the stretch reflex. 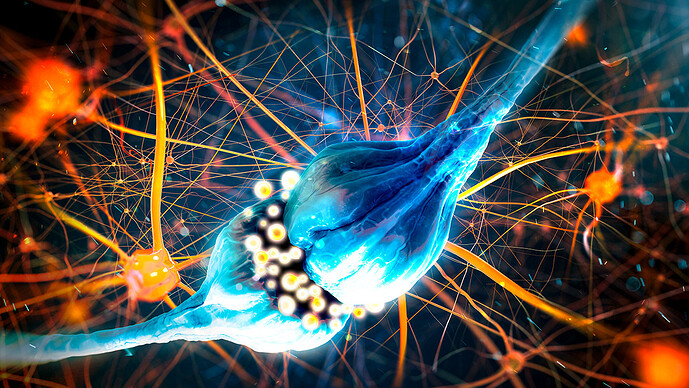 Acetylcholine is important for creativity. People with a high level of this neurotransmitter tend to think outside of the box and also want to try new things. Creativity is highly dependent on your ability to quickly make connections between the information stored in your brain. This allows you to create new solutions, and acetylcholine can help you do that.

Acetylcholine also decreases the need to produce a high level of adrenaline because it shares many of its functions regarding heart and muscle contraction strength. High acetylcholine levels lead to less adrenaline production without any decrease in performance. This is great for three reasons:

1. It decreases your chances of desensitizing the beta-adrenergic receptors.

This can happen if you release too much adrenaline too often. This helps prevent “CNS fatigue,” which is, more often than not, your beta-adrenergic receptors not responding to your own adrenaline, leading to a decrease in motivation, strength, performance, mental acuity, confidence, etc.

2. It reduces your chances of choking under pressure.

In sports, choking is due to the nervous system being overly activated.

If your CNS is inhibited, you’ll be unmotivated, you’ll have a lower muscle tone/tension, and your performance potential will be low. But as you amp up the nervous system, your motivation increases, your desire to perform goes up, and your muscle tone increases along with strength and speed. You’ll be more mentally aware and have faster reactions. In other words, you’re in the optimal state to perform.

These are the causes of choking, and they’re due to adrenaline over-activating your brain. You certainly want adrenaline to get your CNS amped up to perform, but not so much that it takes you out of the zone. A high level of acetylcholine allows you to stay in that optimal zone.

3. It protects dopamine and noradrenaline.

These are the precursors to adrenaline. The more adrenaline you produce, the more likely you are to deplete noradrenaline and dopamine.

This can lead to a drop in focus and concentration, lowered motivation, decreased resilience, and the tendency to give up easily or generally lack pleasure. By decreasing the need for adrenaline, acetylcholine can help protect dopamine and noradrenaline.

Also, if you don’t overly amp your brain up, it’ll be easier to calm it down in the evening to allow you to relax and sleep. The main neurotransmitters involved in calming your brain down are GABA and serotonin. If they’re less needed because the CNS isn’t overly amped, then you’re also protecting these neurotransmitters, decreasing the risk of depletion. 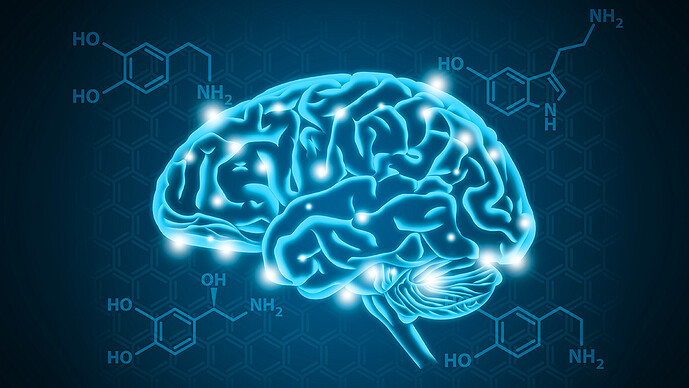 Dopamine is one of the main excitatory neurotransmitters. It speeds up the neurons, amping your brain up. When you speed up neurons, you…

Dopamine is the main neurotransmitter involved in motivation. It also helps with your ability to delay instant gratification to achieve a greater goal. It’s key when things get tough and you need to be resilient.

When dopamine is released and sent to dopaminergic receptors, it also creates a pleasure response. When you achieve a goal or when you win, you release dopamine and it makes you want to achieve even more. The greater the dopamine response, the greater the feeling of pleasure.

This is the main force behind motivation. If your brain knows it’ll get a big dopamine (pleasure) response upon achieving a goal, it’ll more easily power through when things get tough. But if your dopamine response is low, then the pleasure response will likely not be high enough for you to keep going when you have obstacles in your way. Produce more dopamine and you’ll have more motivation and feel better about yourself.

Noradrenaline itself is the precursor to adrenaline. So when there’s an elevation in cortisol, you increase the conversion to adrenaline. This means when you’re training you’ll have more fuel, drive, energy, and strength.

If you want focus, drive, motivation, and the ability to perform at a high level in mental and physical tasks, increasing dopamine and acetylcholine is a great strategy.

A Dopamine and Acetylcholine Bomb

These two key neurotransmitters are the targets of Power Drive®. DMAE (dimethylaminoethanol) and phosphatidylcholine help increase acetylcholine levels by acting as precursors, while tyrosine is a precursor to dopamine and pyridoxine is required for the production of dopamine from its precursor.

It increases acetylcholine production by increasing brain levels of choline, the precursor to acetylcholine (1). DMAE also has very strong antioxidant properties, fighting free radicals specifically in the brain and heart, improving brain function and cardiac health. It has even been proposed to have strong anti-aging effects (2).

By reducing free radicals, we decrease inflammation. In the brain, this leads to better mental functioning and also feeling a lot better. Mental fatigue and even depression are connected with inflammation in the brain. (More info about that.)

Tyrosine is a precursor to dopamine. It’s quite effective at raising it. Pyridoxine is a cofactor required for making dopamine from its precursors. While taking tyrosine will boost dopamine, it’ll be much less effective if consumed without the most bioactive form of vitamin B6, pyridoxine. 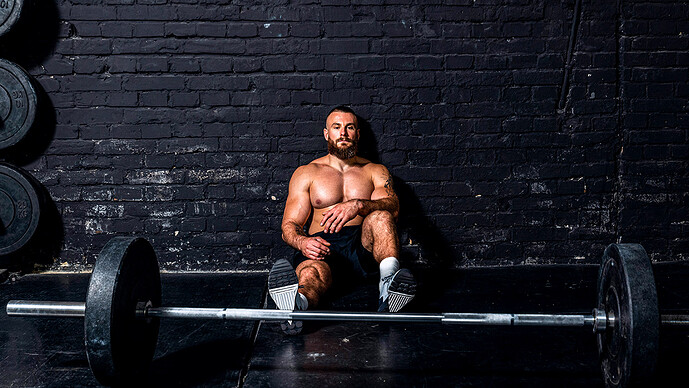 Although the name isn’t accurate, the symptoms are real:

There are five main causes:

If you overstimulate the dopamine receptors, they can downregulate. They’ll begin responding less and less to your own dopamine. The end result? Pretty much the same as having low dopamine levels. In both cases, it leads to low dopamine activity.

The biggest risk of dopaminergic receptor desensitization is the abuse of substances that have a super strong effect on those receptors: nicotine, cocaine, methamphetamine, and MDMA – all of which target the serotoninergic receptors.

Note that many steroids also have strong dopaminergic actions, which might be one of the reasons why some people get depressed after a cycle. They overstimulated their dopaminergic receptors during the cycle, which desensitized their receptors. When they go off-cycle, they don’t have enough dopamine to stimulate the now non-responsive receptors.

This is more of a side effect of one of the other causes. Noradrenaline can get depleted if you overproduce adrenaline because of too much stress or if you deplete dopamine – the precursor to noradrenaline. When noradrenaline gets depleted, you have problems with focus and concentration.

These are the receptors activated by adrenaline and get you amped up, increase motivation, muscle contraction strength, heart rate, etc. If they become desensitized because you overstimulate them constantly (producing too much adrenaline), they respond less and less to your own adrenaline, which decreases your motivation, energy, strength, and overall physical performance. Relying on strong stimulants to train could lead to that same desensitization much faster.

It can lead to depression or at least increase the severity of depressive symptoms (3) as well as anxiety. And even if you don’t go all the way there, brain inflammation gives you a scientific condition called “feeling like crap all the time.”

Power Drive® is a great tool to cure or prevent “CNS fatigue.”

So, Power Drive® is a lot more than a supplement to improve workout and mental performance. Its main use could very well be fixing an issue that makes you feel bad. And you can take it every day.

A daily dose of Power Drive® will optimize your brain for the day. It’ll increase well-being, motivation, and drive.

You can use a dose in the morning to give your brain what it needs to be optimal, or you can even use two doses (morning and early afternoon) to help fix what’s referred to as “CNS fatigue.”

Understand that it’s not a traditional stimulant. It contains no caffeine. You won’t feel buzzed or feel like you want to run a naked triathlon. Power Drive® just optimizes your brain. You’ll feel more focused, be in a better mood, and be more productive. That’s why I’m psyched it’s back. 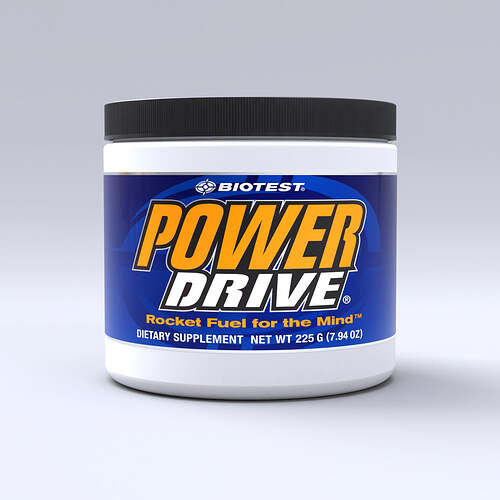 @Christian_Thibaudeau this is a clinical article unto itself! Two quick questions: