I was just going to put this video in but for all the natties out there, this is guy is an inspiration. I know him and his conditioning has been done before BUT in reference to Steely D’s threads on bodybuilders. I give you JEFF RODRIGUEZ, AU NATURALE.

He aint the biggest but when it comes to conditioning is second to none on the natural circuit. The first bit on his legs is a little gay, so for the homophobe’s, stop watching now. Haha. But still, it gives you a look into what you should be striving for if/when any of us decide to get into contest shape.

Interesting interview when he was starting out. He eats mostly clean all year round. Jesus. He is extremely lean though. Note to all the beginners, dont begin thinking that you will get the most out of bodybuilding by eating clean all year round. If your willing to eat 5000 calories worth of chicken breasts and broccoli go ahead but you wont have any life and probably will remain small. Jeff Rodriguez is extremely precise with his diet so he remains the exception. Not gaining? Eat a burger. 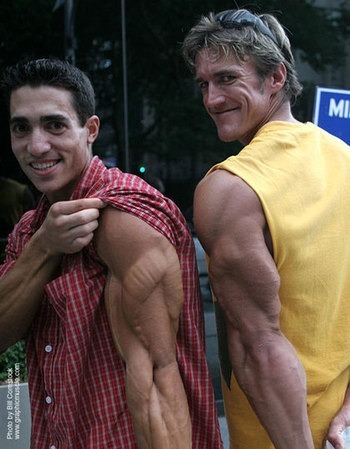 A pic we’ve all seen but still is fucking ridiculous. 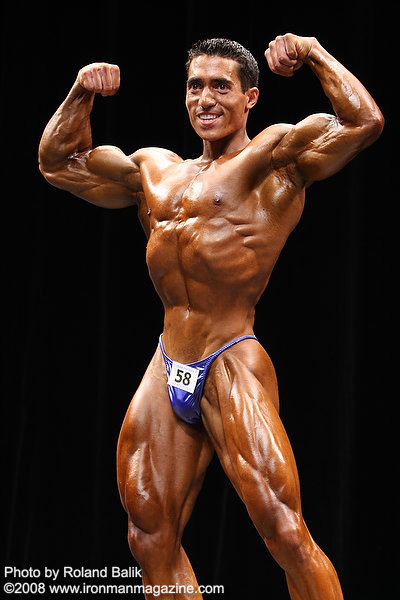 OH MEH GAWD the first minute of the leg video is fucken sick man. When he flexes his leg fucken looks AMAZING, daym

hmm, i thought i was the only weirdo to switch from rollerblading to bodybuilding…

Definitely an impressive physique. From a competition point of view and purely out of curiosity, does anyone else notice that he seems to be different levels of lean in different poses? The side shots of his legs and shots of his arms seem incredibly lean but his back and glutes seem to be less so. Maybe holding more water? Or am I just imagining things?

Jeff’s been a favorite of mine for a while. Definitely the definition of quality. Weight-wise, he seems to prefer coming in tighter, at the lightweight range, but you’d never know it from some of the contest shots. Really shows you the whole ‘illusion’ of bodybuilding,… looking much larger than he actually is.

Anybody know his sort of workouts he’s doing? I think he was doing MAX-OT if im not mistaken, same as Jeff Willett.

He also has a thread over on the MD forums if ya wanna check him out further.

J-rod is sick. Definitely my main motivator/role model right now especially since we seem to have a similar body structure. That is the physique I’m striving for.