Fasted Cardio: Not So Fast

People believe that training without eating means less readily available energy for fuel, leading to the breakdown of energy reserves (fat and glycogen) to power the session. Theoretically, this will lead to more fat loss. In fact, some studies have found that you mobilize more stored fat when doing fasted exercise. But that’s not the whole story.

Losing fat is not about what happens during the workout but rather what happens in response to the workout over the course of the day. What happens to your resting energy expenditure for the next 24 hours following your session? What will be the hormonal milieu caused by the workout? And what will be its impact on muscle mass?

What Happens During the Workout?

In reality, it’s pretty well established that when you’re in a fasted state (especially if that state has been going on for a while), your capacity to do work decreases as well a mental tolerance for physical work. This will result in less effective training sessions.

What Happens to Your Resting Energy Expenditure?

A study by Paoli et al. compared doing 36 minutes of cardio at 65% of maximum heart rate in a fasted or non-fasted state. During the session, the analysis of the respiratory exchange ratio (RER) found that more fat was used for fuel in the fasted state, BUT the opposite happened after the session. In fact, fat utilization was significantly higher in the non-fasted group for up to 24 hours after!

When fasted, the subjects burned a little bit more fat during the 36 minutes of the workout, but they burned less for the 24 hours after. The end result is that more fat was utilized over a 24-hour period when the cardio session was NOT done fasted.

This was confirmed by the fact that oxygen consumption stayed higher over a 24-hour period in the non-fasted group (more oxygen consumption means burning more fat since oxygen fuels the aerobic energy pathway, which relies on fat).

Here’s the study’s conclusion: “When moderate endurance activity is done to lose fat, fasting before exercise does not enhance lipid utilization; rather, physical activity after a light meal is advisable.”

Of course, you can continue quoting the many studies showing that fasted cardio uses more fat during the session, because it’s true. But the point is, fasted cardio leads to a lower resting energy expenditure (fewer calories burned at rest) as well as less total fat utilized over a 24-hour period. 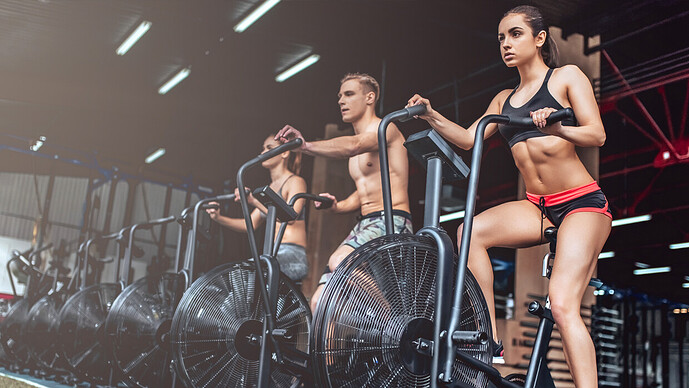 What About the Hormonal Response?

Lifters know cortisol for its catabolic effect on muscle tissue. We fear it because it can break down muscle so it can be used for fuel, thus making it harder to build muscle when cortisol is high. But cortisol actually serves a useful function when training: it mobilizes stored energy.

As long as cortisol is elevated, your body is in a catabolic state. So if you produce too much cortisol during your session – which is likely to happen when you’re doing fasted cardio – your risk of losing muscle mass is much greater, and building it will obviously be much harder.

There’s also the fact that fasted cardio will increase AMPK more than non-fasted cardio. When AMPK is high, it has a negative impact on protein synthesis. So by doing fasted cardio, you make it harder to build muscle.

Then Why Do Competitive Bodybuilders Do It?

I hate to play the chemical comparison game because it doesn’t explain everything, but in this case, it does. Nowadays, pretty much every competitive bodybuilder is using chemical assistance. Heck, even amateur bikini competitors are using stuff.

Using assistance basically helps people bypass the problems caused by fasted cardio. Who cares about elevated cortisol when you’re injecting or swallowing anabolic steroids that amp up anabolism at all hours of the day and reduce the effects of cortisol? So what if you’re raising AMPK if you’re in a constant state of anabolism? And so what if your metabolic rate decreases over a 24-hour period when you’re using stimulants like clenbuterol or thyroid drugs?

I’m not saying that drug-using bodybuilders have it easy and don’t work hard. I’m saying that in some cases, like this one, the limitations that apply to the natural trainee might not apply to them.

Not convinced yet? Here’s another nail in the fasted cardio coffin: The Final Word on Fasted Cardio.

What If I Don’t Have Time to Digest a Meal?

Drink one serving of Mag-10® before your cardio session, which, along with preventing muscle loss, will actually increase fat burning while fueling a challenging cardio or metcon workout. 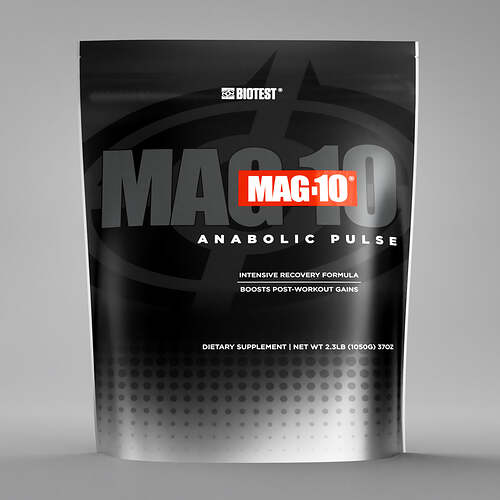 Utilizes specialized proteins to produce the fastest and greatest recovery and growth.

Any indication of what these subjects ate following their fasted cardio? More to the point, could the “after” effects be mitigated with nutrition?

I’d like to know the type of cardio in the study and how that might affect results. Fasted walking seems fantastic for far loss and doesn’t seem like it would increase cortisol. That’s something plenty of tnation articles have mentioned in the past.

Absolutely. Walking while fasted does not elicit an additional cortisol response. In fact, this is encouraged in @Chris_Shugart 's Velocity Diet protocol.

I’m not sure 65% MHR rate is really “cardio.” That doesn’t change the points of the article, but just saying. Also, it would seem that based on what you’re saying, there may be a point to the “Orange” fitness fad.

Interesting. I first learned of fasted cardio from an old T-nation article by Lonnie Lowry. But, as time goes on, our understanding of the science deepens. Also, I believe his article was more geared towards mixing resistance training with fasted cardio to trigger a form of spot reduction, so his article is still potentially useful. This site has consistently maintained it’s high value content for over 20 years. Thanks to everybody at T-Nation for the work that you do!

Every time you have advice that contradicts the way that most athletes perform, you should double-check it. That principle holds true here.

Why do this? There are numerous benefits, all of which apply beyond endurance training: training in a glycogen-depleted state:
increases your ability to store glycogen (crucial for avoiding the ‘wall’ in the marathon and longer events)
improves your ability to get the most of the glycogen you have
Last but most essentially, this kind of training upregulates AMPK–it trains the body’s capacity to to access fat and to access glycogen, increasing metabolic efficiency overall. There are a lot of articles on this; here is one: Regulation of Muscle Glycogen Metabolism during Exercise: Implications for Endurance Performance and Training Adaptations - PMC

Fasted aerobic and anaerobic training has been shown to be the most effective method for developing metabolic capacity, which is essential to longterm health and increasing work capacity for all sports. It is not optimal for muscle and strength gains in the short term, but it is a crucial building block for long term fitness that belongs in any well-rounded program.