Yesterday, the states of Texas and Illinois forced Instagram/Facebook face-recognition filters to be disabled via a lawsuit (the silly ones that like turn your face into a dragon or whatever included). I hadn’t read about it yet, and my son was trying to play with the filters on my phone, and he couldn’t do it. I figured my phone was screwing up. Couldn’t fix it so I googled the issue… and much to my surprise, Ken Paxton, Texas AG, filed a lawsuit against Meta over face recognition software that allows these filters to function. Now, we can’t use them.

This HAS to be a losing proposition on the Conservative side, right? I’m sure anyone can make the ‘they’re watching you, you have a right to privacy’ argument, but also… the filters are OBVIOUSLY using such software, and they are completely optional. Nobody is being forced to use them. This feels like government overreach, which I THOUGHT was something Conservatives are against.

Thoughts? I just don’t get this move, it HAS to be overwhelmingly unpopular across political parties. There was literally no public outcry for this move.

I have no problems with provisions that start hamstringing tech companies as a general rule, considering the influence and power they hold in society. I don’t entirely understand the purpose behind a lawsuit that would stop specifically this feature, but I could make a few arguments as to why it might be a good idea (to play devil’s advocate).

I find it odd that Texas (overwhelmingly red) and Illinois (overwhelmingly blue) both came to this decision. I don’t think we can blame partisanship here… Illinois is like a mini california in political leaning.

I don’t see this as a huge deal either. Frankly I could give a fuck if the state wants to limit some features on Facial Recognition technology - its a nonstarter. I imagine the people most upset by this will be children under the age of 15.

Lately it seems like the parties are racing each other to write up new rules and laws. Conservative Republicans don’t mind a little over-reach if it lets them get in ahead of the Democrats.

Well the fact that Illinois has filed a similar suit tells me there’s more than Texas conservative politics going on. The central issue seems to be a lack of informed consent when sharing PII (Personal Identifying Information) in these applications.

I don’t think it is strictly to spite your boy or any of those girls with cartoon faces on their social media profile.

I skimmed the lawsuit (linked below) and this seems like a consumer advocacy issue. In 2022 facial recognition is getting right up there with your social security number in terms of sensitivity. It will continue to become increasingly important PII as technology advances.

Would you like it if your bank shared your social security number without telling you? This isn’t a whole lot different.

I’m not anti filter but I am pro informed consent. If this results in more consumers being aware of what they are signing up for I don’t see a particular problem from a conservative point of view.

Well the fact that Illinois has filed a similar suit tells me there’s more than Texas conservative politics going on.

I agree. I’m suggesting I can’t imagine this being popular with anyone on either side.

I don’t think it is strictly to spite your boy or any of those girls with cartoon faces on their social media profile.

Also agree. but that’s the result.

Also agree with this. I understand the issue. I’m suggesting that this will simply be a very unpopular move.

Would you like it if your bank shared your social security number without telling you? This isn’t a whole lot different.

Yea, it really is a whole lot different. If you have a facebook or instagram profile in the first place, they already have your face.

I’m not anti filter but I am pro informed consent.

As am I. You’d have to be a complete dunce to think that using these filters isn’t analyzing your face. That’s literally all it does, that’s the entire point. This, to me, is informed consent, of any reasonable person. You would have to be very unreasonable to think that this software is somehow working in any other way. Perhaps wizardy or magic?

I don’t see a particular problem from a conservative point of view.

Overreach/nanny state. If I want to utilize face recognition software, I should be allowed to.

Also, when you download messenger/IG, it explicity asks if you give permission for full camera access. Very specifically. So the informed consent is also there.

I’m not well versed enough in terms and conditions or the extent to which these companies share this PII.

I disagree that all of this and especially the potential implications are made clear to the user.

The lawsuit brought up a point I found very compelling. What about people who do not consent to having their PII shared? My Uncle has no social media accounts. Does Facebook have his consent to capture his PII if images of him end up on the platform?

No, they don’t. Are they doing it anyway? Lawsuits like this is how you find out. I think enough clear concerns were laid out that it is worth sorting out in court.

Better now than 10 years from now.

This is the first I have heard of this, so I have no real background. However, my first question is what does the ruling actually say?

I could believe that the ruling requires some type of consent that doesn’t strictly outlaw the filters. But the companies remove the filters either as an interim solution or in order to try to create negative publicity for the ruling.

In other words, does the ruling actually say no filters? Is that what the states were trying to achieve? Do the companies say this a permanent ban? Or is this an interim solution until they can implement a consent system? Or do they say that filters are no longer profitable because of the ruling? I think there are definitely layers upon layers to this.

I read a little more about this and this removal of the features was done by meta, not a court injunction.

“The technology we use to power augmented reality effects like avatars and filters is not facial recognition or any technology covered by the Texas and Illinois laws, and is not used to identify anyone. Nevertheless, we are taking this step to prevent meritless and distracting litigation under laws in these two states based on a mischaracterization of how our features work. We remain committed to delivering AR experiences that people love, and that a diverse roster of creators use to grow their businesses, without needless friction or confusion.”

@flipcollar It sounds like your boy will have to find some other amusement until this shakes out in court. 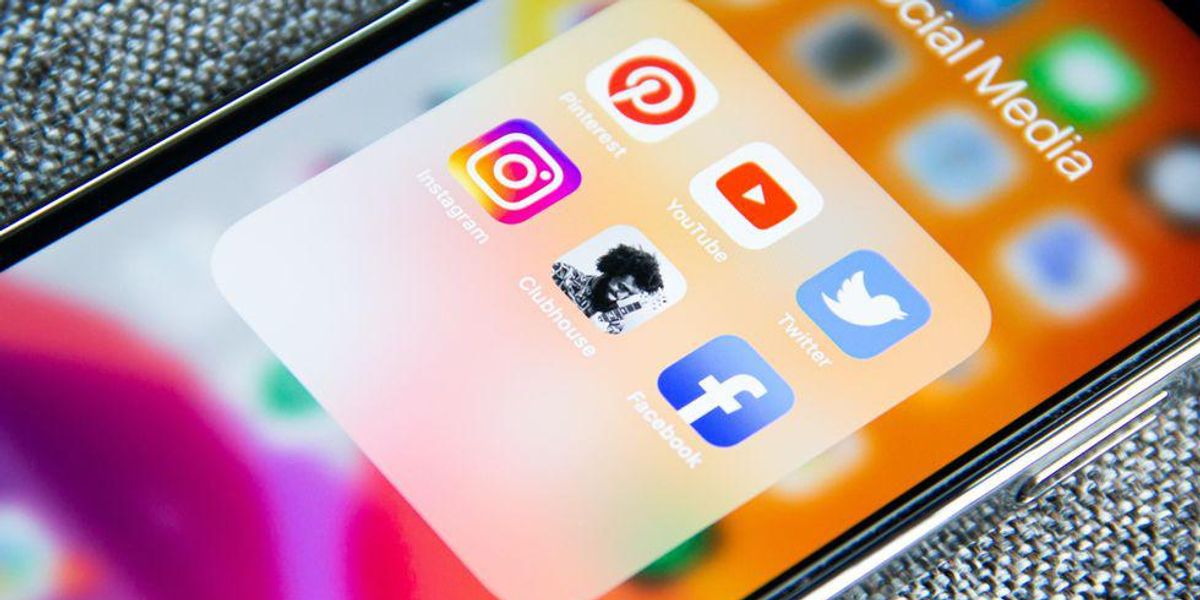 A federal appeals court decision is forcing social media to abandon the way it’s treated content for a quarter-century, and the experiment may run until the Supreme Court acts.

Texas law allowing users to sue social networks for censorship is now in...

The United States 5th Circuit Court of Appeals has pause an interim order on controversial law HB 20, which another court blocked from taking effect last

I have to appreciate a state that has a legal death penalty and illegal instagram filters.

This makes me wonder if the fear is that these companies are saving facial recognition data and using it for unauthorized purposes.

I gotta say i don’t trust any tech company with this type of stuff… just too many ways this info can be used to benefit them which inadvertently hurts you.

I’m sure that’s the fear.

The problem is, when you use IG or FB messenger in the first place, one of the mandatory permissions (assuming you use any of the camera features at al) is full photo gallery/camera access. Which means, they don’t need to use these filters to access your face, and for most people, probably a zillion examples of their face. They didn’t need me to put a fucking filter on my face to run facial recognition software on me, if that was what their intention was. I didn’t give any extra permissions when I used that. I’d already signed off on it long ago.

This is what I think this boils down to. Facial recognition works okay off of pictures, but it works GREAT off video. As you said, it doesn’t need to show you that it is creating a database match in order for it to actually do so.

Facial recognition works okay off of pictures, but it works GREAT off video.

I mean, are we saying that the user who is likely to use instagram filters doesn’t already have videos with a bazillion faces stored on their phone already, including of themselves?

I also wonder why Google isn’t being targeted in this. I realized a few years ago that google photos was automatically sorting out photos of people (and objects, animals, etc) in my phone. And it did this via pictures and videos, extremely accurately at that. And I never gave Google any more ‘informed consent’ to do this than I did IG or FB. They’re doing exactly the same thing IG and FB are via the facial recognition software, but somehow we don’t care about that? Do we just trust google more or something? Seems arbitrary.

Honestly I don’t have a good answer for you. I would like to understand more about the reasoning behind this legislation, mostly in terms of scope, reason and purpose - but I doubt the voters will ever get such an explanation.