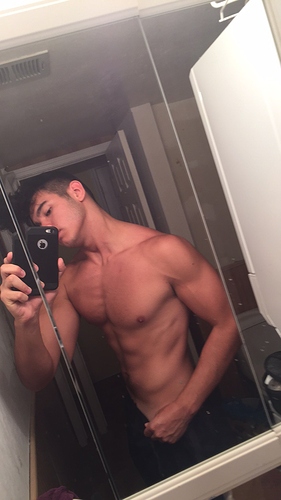 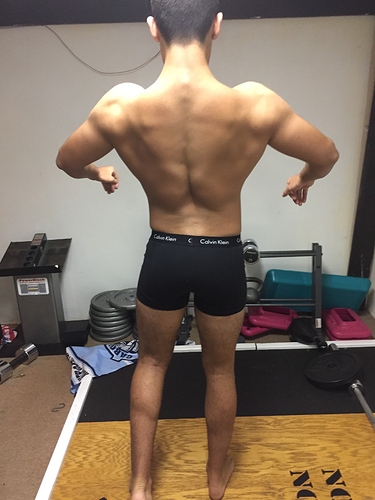 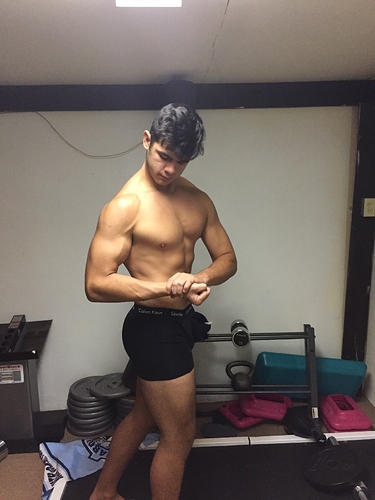 I’m 9 weeks out from competing in teen mens physique and mens classic novice. I’m 16 at 6’1 and weigh 184 my starting weight was 195 and my macros are 220g of protein 80g of fat and 150g ofcarbs. I know one pic isn’t much to go off but any tips you guys have would be greatly appreciated.

It looks like a pic you would send your gf. If you want honest and more accurate feedback than post some better pictures. Perhaps doing physique poses if that’s what you’re competing in.

hahaha alright I’ll see if I can get my gym partner to get some pics later. I was looking for more advice on if my body fat looked okay for 9 weeks out. I know I’ve still got quite a bit of time but I don’t want to be last minute shredding.

If you genuinely want useful feedback, take pics in the following manner:
–Stand in front of a white wall.
–Turn on all the lights in the room, making sure there is light coming directly at you from behind the camera. (In other words, no pics using only harsh overhead lighting, which exaggerates cuts and separation.)
–Turn on the camera’s flash, even though the room is well-lit.
–Use no filters.
–Take one shot facing the camera, and one shot facing directly away from it. In both shots, flex your lats (this will cause your arms to move away from your body; that’s OK). On the front shot, flex your abs as well.

Post said pics, and useful feedback will be forthcoming. Or not; it’s really up to you.

kind of hard to get lighting thats not overhead since thats the only light in my basement. I will post pics…I’m supposed to meet up with a posing coach in the next couple of days and I’ll try to get some then. I apologize for the inconvenience this has caused you all but right now I’ve only got pics with that lighting.

They’re not horrible, but seeing as how you’re gunning to compete, let’s assess as if on a judging panel. You’re lucky that there are plenty of experienced competitors on here

yeah I appreciate that hopefully within the next couple days ill be able to get some useful pics and I’ll let you know when I post them. But since you compete I’m trying to bring out my lower lats and lower chest more and I’ve switched up my rows to underhand. I have started adding more chin-ups and for chest I’m doing dips with more decline presses. Do you have any advice on exercises to incorporate to bring those areas up?

I always made sure to not only do a lot Of reverse grip back work (because I always felt a better pull in my lower lats) but to ensure my rowing movements were performed low, to my waist. This really helped me keep my arms out of the movement, but also feel a better contraction on my low/mid inner back and Lat attachments. On occasion I made use of a smith machine so I didn’t have to worry about balancing the bar, and would position my torso very far forward over it.

For lower chest, dips are king, but if you don’t get enough out of them (I always felt uncomfortable doing chest dips), I used to like 3 Olympic plates under one end of a flat bench to create a slight decline for dumbbell presses. This was one of those magic exercises for me when I stumbled upon it. Always having relatively weak pecs, and with flat work always hitting my delts more, this was a mainstay in bringing up my mid/lower chest.