Well, it’s looking like things in Syria are going to get worse before they get better. I thought PWI might like a thread specifically about Syria to use as news comes up and especially if/as the regime falls.

NINE months into Syria’s uprising and the peaceful protests against the regime of Bashar Assad are now accompanied by a growing insurgency. On Thursday, activists say that 27 loyalists were killed in clashes with army defectors in the southern Hauran region. A day earlier eight soldiers were killed after defectors ambushed an military convoy close to Hama. As defections from the army continue, clashes with loyalist troops are becoming more frequent.

The two sides are far from equal. “We are talking guns and misfired RPGs against tanks,” says one opposition member in Damascus. Navi Pillay, the UN High Commissioner for Human Rights, has called once more for Syria to be referred to the International Criminal Court. The daily death toll has risen again to 30-40 a day. The UN says over 5,000 people have been killed since March, at least 300 of them children. Thousands have been imprisoned and tortured. In November the UN reported that some of those detained by the regime had been raped. Ms Pillay says crimes against humanity have been committed. The number of regime supporters killed is rising too.

The city of Homs remains the main flashpoint, though violence is worsening around Deraa, the north-western province of Idlib and Damascus too. The perseverence of the Homsis has encouraged protesters around the country. The area around the city has become a magnet for defectors.

In Homs itself, residents have reported a spate of tit-for-tat kidnappings between neighbourhoods. Some taxi driversâ??many of whom have long stopped driving on the streetsâ??have been seized and killed. Exactly why is unclear. “It is not about religion or sect. It is only seen that way as the majority of the shabiha and security forces are Alawite, so often the violence divides along these lines,” says one young man, referring to a group of plain-clothed thugs backed by the regime. He, like a growing number of his friends, has joined the army defectors, using light weapons to attack security checkpoints and the shabiha. Others accuse the opposition of wishful thinking, saying that sectarianism is on the rise.

Either way, says Radwan Ziadeh, a US-based human-rights activist and a member of the Syrian National Council, the main opposition body, this poses dangers as the conflict continues. “There are big concerns now and over transitional justice after all the gross crimes that have been committed,” he says.

Meanwhile, the regime is determined to keep up the pretence of stability. In a flourish of sham democracy, local elections were held on Monday December 12th (Syrian polls are infrequent and usually rigged). In many areas no-one voted. In Deir Ezzor, a tribal city in the east, activists filmed a spoof video of people voting for Mr Assad to go; the ballot papers read “leave!”

But for all the regime’s bluster, the facade of normality is becoming harder to sustain. Sanctions are hurting. In Damascus government employees are not being paid, according to some. Most Syrians now assume Mr Assad will go. Tthe question is when and how. All expect more violence first. In Homs people are braced for another military incursion after opposition activists reported tanks amassing around the city.

For now, protesters are seeking peaceful ways to keep the uprising going. Civil disobedience is on the rise. A general strike on Monday during the local elections saw shops shut in hotspots though most of central Damascus and Aleppo did not take part.[/quote]http://www.economist.com/blogs/newsbook/2011/12/syrias-uprising?fsrc=scn/fb/wl/bl/growingsteadilylesspeaceful

I support the French humanitarian corridor proposal. Unfortunately I think there’s going to be a lot of fighting throughout the Shia crescent.

A lot depends on what Russia does as they are backing Syria. I haven’t been following things closely and I don’t know the extent of the Russian delegation’s influence on the Syrian regime. The defections are a good sign though.

‘An activist with the Syrian Observatory for Human Rights said Tuesday that troops surrounded and attacked civilians, including activists, in the village of Kafruwed in Idlib province. In one instance, the London-based group said that security forces beheaded the leader of a local mosque.’ 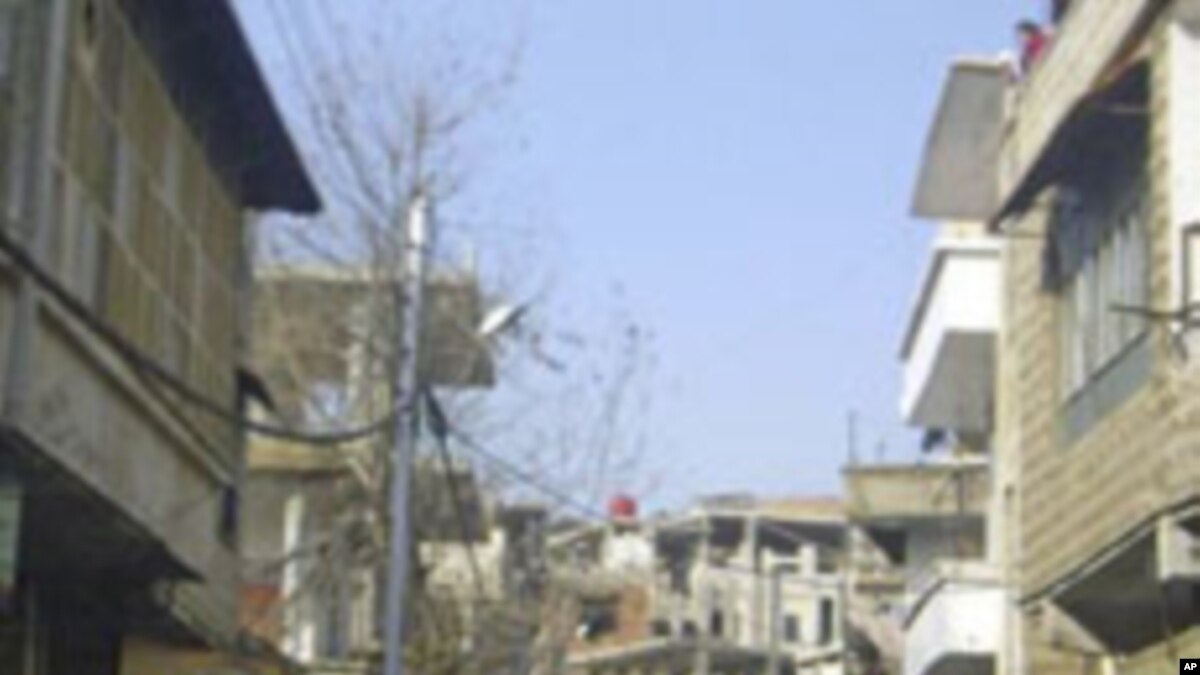 Iraqi religious leaders are warning that the violent political crackdown in Syria is threatening the stability of their country and the region. A member of the Syrian Opposition Council, Murhaf Jouejati, who is also a US specialist in Middle Eastern...

‘An activist with the Syrian Observatory for Human Rights said Tuesday that troops surrounded and attacked civilians, including activists, in the village of Kafruwed in Idlib province. In one instance, the London-based group said that security forces beheaded the leader of a local mosque.’[/quote]

Praying for the people of Syria. Assad seems like a real nutcase. I’ve only seen a couple of clips from that interview he did, but my god does he sound delusional.

Assad is delusional but Syria has been nationalistic oligarchic sabre-rattling rather than the Islamic sabre-rattling, which is still nasty but preferable… I think there is a lot of worry that in outing Assad, the revolutionaries will ally themselves with islamic revolutionaries and feritiliser will start hitting the fan a la Iran 1979/Egypt 2011.

Assad needs to go though he is a truly nasty piece of work.

[quote]Bambi wrote:
Assad is delusional but Syria has been nationalistic oligarchic sabre-rattling rather than the Islamic sabre-rattling, which is still nasty but preferable…

Not really an accurate description in my opinion. Assad’s regime(Alawite faction - Shia offshoot) has been closely aligned with Iran, Hezbollah and other Shia Islamist groups. Iran’s advanced terrorism training has always been co-sponsored by Assad with training camps in Syria and the Bekaa Valley. Syria smuggled the explosives used in the Khobar Towers bombings into Saudi Arabia for example.

The Arab League will oust him anyway and back the Sunnis. If NATO forces are on the ground we can try to keep a balance between the factions like we were doing in Iraq. Of course the moment we left Iraq Maliki issued an arrest warrant for the leading Sunni politician and is attempting a Shia takeover. Pulling forces out of Iraq was another MAJOR foreign policy blunder by the Obama administration.