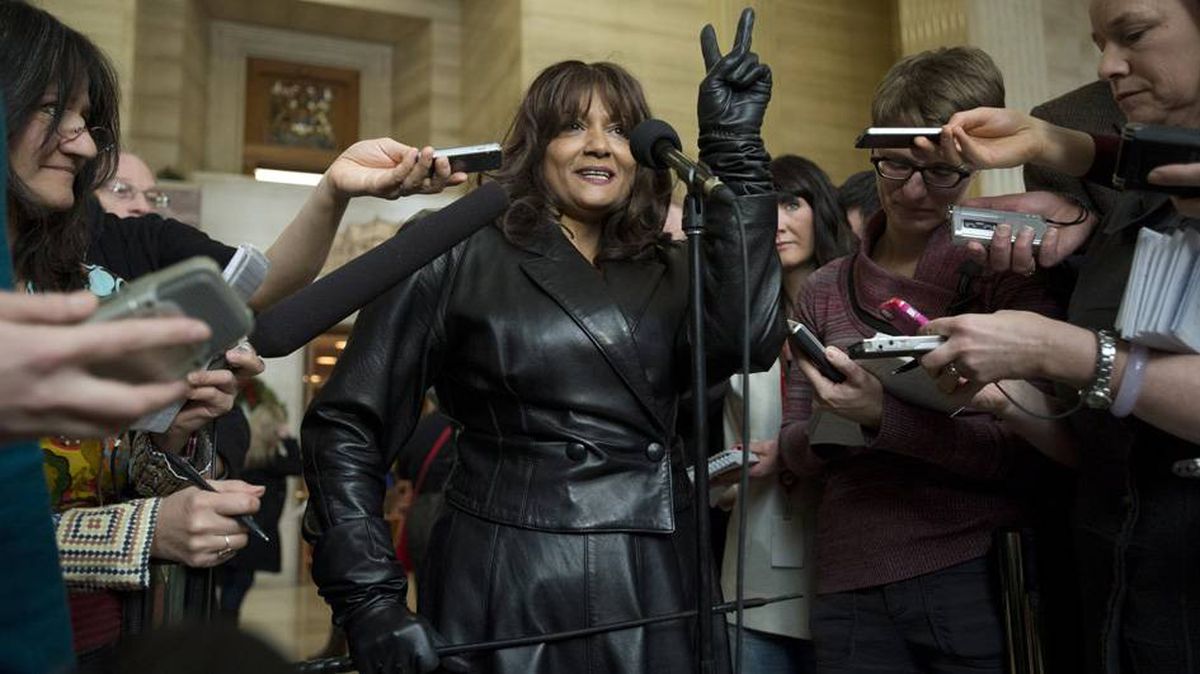 The Supreme Court of Canada weighed whether the laws put vulnerable women at increased risk of violence, even murder, against Parliament’s role to make choices in how to best protect individuals and communities

For those outside Canada, Prostitution over the last number of years is not exactly illegal, it is just that communicating for the purpose and other related things are (now were), and police departments have Morality bureaus that work to prosecute offences.

As the news story indicates, the SCOC is a bit more punting the issue back to law makers, having a stay of one year before the changes would take effect.

the current federal government is run Conservative Party of Canada Prime Minister Stephen Harper, who is himself a church going Christian, considered pius. Now he has recently indicated that there will be some degree of official boycott of the Sochhi games in terms of government representation to get back at the anti homosexual stance that the Putin government has taken over in Russia. So how much any personal repugnation he feels towards prostitution would affect tabled legislation I wonder about, although I think he has a majority in Parliament.

The next federal election is due likely in October of 2015, so there is time to nix the aspirations of the pro prostitution lobby to have sweeping change. One then wonders if Justin Trudeau, the leader of the Federal Liberal party, if elected then, would yank the country around and reverse any of that. He already is openly lenient about marijuana, so it will be interesting what he says over the next year.

Prostitution is not going away. Sex is a more natural pleasure than deliberately swallowing rotten grain or grapes or inhaling smoke. some would like the opportunity to try what might not necessarily come their way if they didn’t have the opportunity to say, “wow, that’s nice, I am interested in trying her”.

Alcohol is already a partially legal pleasure that seems to run up a lot of police calls in club districts. the last time I was in such an area at a fast food place a man walked in, sat at a table and barfed mostly liquid. Disgusting isn’t it? So are the pictures of cancers required on cigarette packaging these days.

I am not saying that prostitution doesn’t have its ugly side. Many of the more clearly identifiable prostitutes are drug addicts that really wish they could turn their lives around. I think there should be continued morality enforcement to go after that with legislation, and programs to actually get them help.

On the other hand, a friend of mine from a few years ago has a sister who used to work as a street prostitute in my old neighbourhood because she was saving up for a post secondary education. She was healthy, well fed, well dressed, always seemed alert and really likely did well for herself. She was in her early 20’s and was an appealing looking woman who wouldn’t have been doing it when she hit 90 with her teeth missing, working for enough money to buy cat food to eat herself. Of course if the police went after her with a vengeance she might have upfront legal costs and a criminal record could affect her future career choices.

Here is the part that I mentioned to someone who was a pro advocate had that person’s interest: I have over the last few years had some minor workplace injuries. The ministry of labour occasionally investigates work sites where people have been out right killed. Fires happen, it is risky being a fireman. Let’s get rid of fire departments. We need a military whether we like it or not, and we also need a police force, the other year a near to local officer was killed in a gun battle. I am not saying prostitution is that much of a critical thing, but as I said earlier, it is a natural pleasure that is part of our lives. Some have it for free, some want to try something they might really like.

As to disease, there is last I heard a vaccine going through clinical trials for HIV. Also the last I heard there were 2 vaccines going through trial for Genital Herpes, the second, Australian one was based on research that my one day lead to an actual cure, although I grant that is light at the end of the tunnel.

So, I say have prospective prostitutes submit applications to licensing adjudication panels with application fees. Have a adjudication based on some personal references and no previous history of BAD behaviour (by that I mean not that they cannot have been convicted in the past, just no ugly shit that they are obvious bad apples), possess the right psycholigical characteristics that they would thrive in such work and have demonstrated common sense and knowledge testing. I already sometimes step around street buskers, free newspaper distributors, those standing around anyway and what not, why not prostitutes?

While I think there are better professions , I think this is boon for liberty.