Anyways, what i would like to know if when injecting subq where is the best place to inject? I was doing it into stomach fat but i have a large belly and i heard if u inject into an area with too much fat then the test will be absorbed way too slow. So i want to switch to shoulder but my shoulders have very little fat and are quite muscular…so what i may think is a subq shot into the shoulder may actually turn out to be a im shot as there is low fat in that area and needle may end up into the muscle tissue instead

So wondering if anyone could help me out with some advice…

Probably need to see some science behind that absorption claim. Fat is biologically active so I can’t see how it would matter how much adipose is surrounding the injections site. That being said I am not an expert.

I also have not seen science behind it. Only read a thread on it…but i will say this. Dosing the same 50mg 2x a week IM vs subq into a lot of belly fat i saw my numbers basically cut in half on subq…

That goes against current beliefs even on this site. I assume when you had labs done everything else was consistent like time of last shot → time of blood draw? No change in AI, etc? 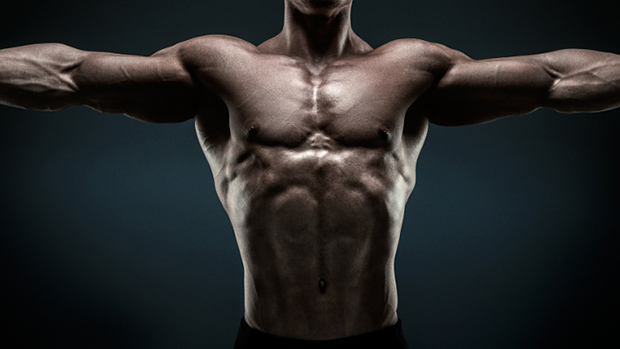 Get 20% Better Results From Testosterone

Are you on doctor-prescribed testosterone replacement therapy (TRT)? If so, there's a new, healthier, and more effective way to use it. Here's how.

Yes thats why it confused me too. Everything was on point. No changes ezcept going im into glute to subq into my huge belly

As we know… Anything is possible With trt.

Im gonna do a month or 2 of 25 to 30mg eod using a insulin needle 3/8th length into shoulder and see how it goes. This will be a shallow IM and not a true subq im pretty sure as there is not much fat on my shoulder. So ill see how that goes…I have read from many users that subq just didnt bring their levels up as it did with IM and they switched back. Or perhaps it just takes longer for the levels to build up going subq and im is more quicker in that regard… I just love the ease and painfree delivery of subq so im hoping it works out for me

30mg EOD is likely too much test for a low SHBG guy, you may want to dial it down a bit.

What protocol were you on before?

12 to 60 nmol/l is range here in canada i came im at 19. So thats on the lower side. I was debating whether to do 20 or 30mg but chose 30mg onky cuz its subq and when i tried subq several months ago my levels came back just under the upper limit for total test and just a touch over for free test. That was doing 50mg subq into belly fat 2x a week.

My reg protocol is 100mg test cyp im into butt tues night and sat morn but it brings my total and free way too high and dht way too high and e2 goes high. So then i switched to subq 50mg 2x a week and that brought all levels normal except e2 still needed ai but never checked dht…i also tried 150mg test im 2x a week and that was wayy too much and started getting a lot of sides. Then i checked shbg and i was on the low end. Now im trying to find a new protocol.

Ok so would you suggest 20mg eod subq or im?

That’s a good compromise, that’s more or less 80 weekly which is a good starting point.

So what is your conclusion with im v subq?

That’s when I was 50mg twice a week. Since that result I’ve been pinning 17mg every day for 120mg a week. Find out in 4 weeks if my underwhelming (to say the least) levels, went up.

Hey charlie. Thanks for asking. Well for the past 3 months or so ive been doing every other day glute injections of 20mg. So far so good. This brings my total test at the top range of the limit and free test just over the top limit. Im surprised at how little mg of test makes my levels go up so much. I did think about maybe switching to e3d but havent.

Regarding subq…i never tried 20mg of test eod subq…but i have tried other mg doses at longer intervals. (This is before i found out my shbg was on the lower side and that i should do lower more frequent shots.) And my experience with subq is that Everytime i try that method i get more side effects. Perhaps cuz my body is utilizing the test more efficiently or because i was doing to much and since i have lower shbg i shouldve been doing less…i dunno. I am highly debating trying out 10mg every day of test subq or 20mg eod or 20 mg e3d…i just need to man up and get ready to drop this successful protocol and switch to that one for a few months.

Thanks. It’s good to try another way but if you successful now and feel good why rock the boat.

I just switched to shallow im and it introuduces a period of adjustment that I don’t like. Now I have to fine tune my protocol again! Now am thinking that subq is less invasive.

My e2 went down significantly when I switched to im. I think. Cause same week I got a flu shot. Maybe it was that.

But I stopped my extra zinc I was taking.

Basically I want to see if im keeps my e2 slightly less than when I was doing subq.