Honestly i am living in U.K it sucks that everything comes in GLASS Ampoules prescription Testosterone, so i don’t have an empty 10ML Sterile vial to put into, can i put rest in FREEZER and freeze it in Syringes, or is that no Safe at all and not good idea? because i can’t obviously inject whole bottle 250mg as on TRT. What can i Possibly do?

Just pre-fill your syringes. As long as you keep everything sterile, its just one sterile container to another.

Freezer works though then right as sterile place and unfreeze test then yes?

I dont know. I dont store my vials in the freezer. Never have and never had a problem

Not vials, Syringes where u keep next shot? or you don’t have too because u don’t have Ampoules where you’re at ?? @studhammer

also Brother StudHammer i just did my FIRST ever TRT shot i posted about it in other Topic. i did it Delt first time, it felt like i PUNCHED by Mike Tyson as Enanthate i got is based in castor oil, it’s thick as Glue and went it in a little faster than i Anticipated. Also because it went a few faster my Delt is gonna bruise really Good i can see the BRUISE coming now lol.

Being the uk you and glass amps you are using Sustanon 250. And that wicked punch it gives you. Sus250 is a blend of esters

I use primotestion which is a single ester. The first shot of that made me flush and cough putting it in to fast. Had a corked leg for a few days.

Australia has run out of testosterone so i grabbed what i could all i could get was sus250 i have had a bruised leg for a week hurt like hell.

@xevox nice to meet you Bro this is my FIRST TEST injection i just did it each Delt, because first i did in left one, and it didn’t go in all the way so i had to finish it off in right DELT lol yeah. is it normal for a TRT injection VIRGIN to feel like their arm does Ache? just wondering & thank you Dude.

my last TRT protocol was just Testosterone cream, i am finally Move on to the BIG proper side now of Injections yeah lol.

No ampules. Just 10 ml vials. Of course I’m self treating so i get mine from an UGL

Yea as like any virgin it takes time to take it

Bro this is my FIRST TEST injection i just did it each Delt, because first i did in left one, and it didn’t go in all the way so i had to finish it off in right DELT lol yeah. is it normal for a TRT injection VIRGIN to feel like their arm does Ache? just wondering & thank you Dude.

Yea i have always been sus here in Aus buying online from ugls but a mate told me the one i had always been eyeing off actually is legit. Im kicking myself. Off to the andrologist today see what he has to say about the shortage may have to start down the ugl path

How much also would a Shot 100MG Test E get levels up to what do you estimate? I’m Not planning at all on doing 100mg per shot, just wondered would it bring it over 900 Ng/DL if some Man was to inject 100mg on his TRT.

@jwboullier I am guessing the Initial injection TEST shots won’t strong enough, so now you do 1cc 200mg and feel like a Teenager, i ain’t Surprised had to work lol.

Just preload your syringes. I don’t think you need to freeze anything.

3.5 days should be okay i think that’s what a good protocol is Twice a week, every 3.5 days

Just preload your syringes and don’t stored in the freeze just put it in a clean, dry, dark and fresh place. I have been done that from long time ago and no problem at all.

HI @emc2 MAN you around can you answer this?

let me know a picture of what i currently have it like, it’s capped of course and if the CAP isn’t even sterile to begin with, could it cause BACTERIA? 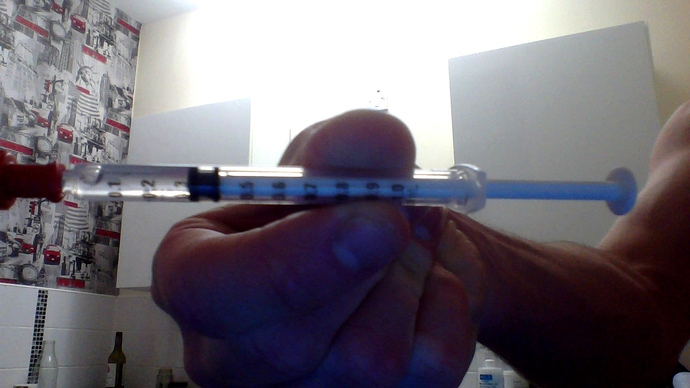 it says on AMAZON it is a Sterile Luer Lock cap, so i hopefully have take their Word for it. it did come 100% securely wrapped in it’s own individual packet too, is that possibly make it clean/sterile too yes? 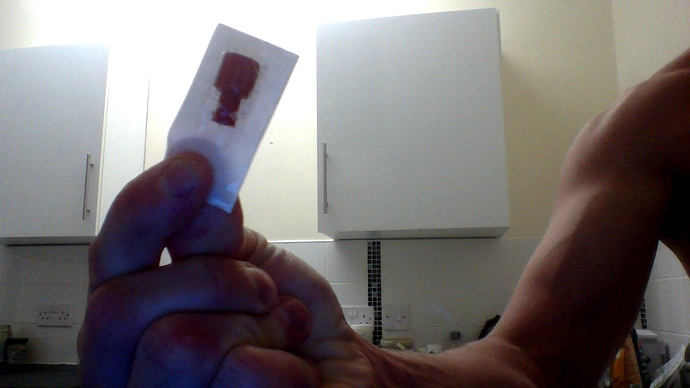 my protocol stands every 4 days, so 4 whole days with Test sitting in Syringe is all cool with you guys too Yeah yeah?